8 Things You Never Knew About the Wendy’s Frosty

The frozen treat was intentionally made to be eaten with a spoon. 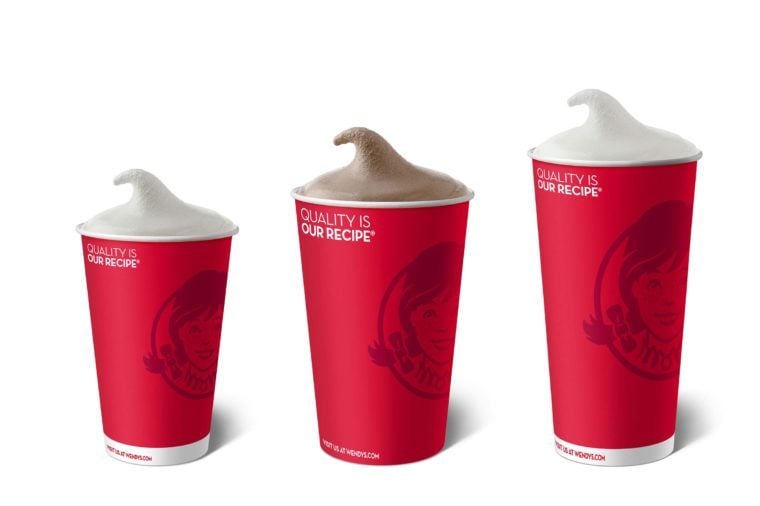 The Frosty is one of five original Wendy’s menu items

The co-founder of Wendy’s, Dave Thomas, opened the first location in 1969 with a five-item menu, which included hamburgers, chili, french fries, soft drinks, and the Frosty. Thomas had previously managed a few Kentucky Fried Chicken franchises, where he cut down the size of the menu, increasing sales—and he followed the same idea with Wendy’s, Mental Floss reports. All of these items are still available on the menu today—and in the mid-2000s, Wendy’s restaurants annually served about 300 million Frostys, according to a Wendy’s press release. Get a look at the first locations of your favorite fast food restaurants. 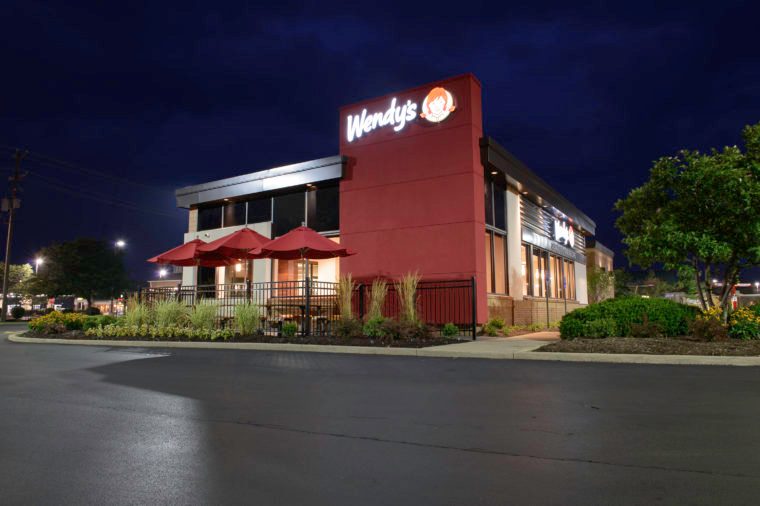 Frostys need a temperature between 19 and 21 degrees Fahrenheit

Keeping the signature consistency of the Wendy’s Frosty—a cross between a milkshake and soft-serve ice cream—is essential. In fact, Thomas wanted to recreate the milkshakes he’d had growing up that were so thick that spoons were necessary, per Wendy’s. According to a press release from Wendy’s, the Frosty is kept between 19 and 21 degrees Fahrenheit to achieve this consistency. Check out these fast food “facts” that are actually false. 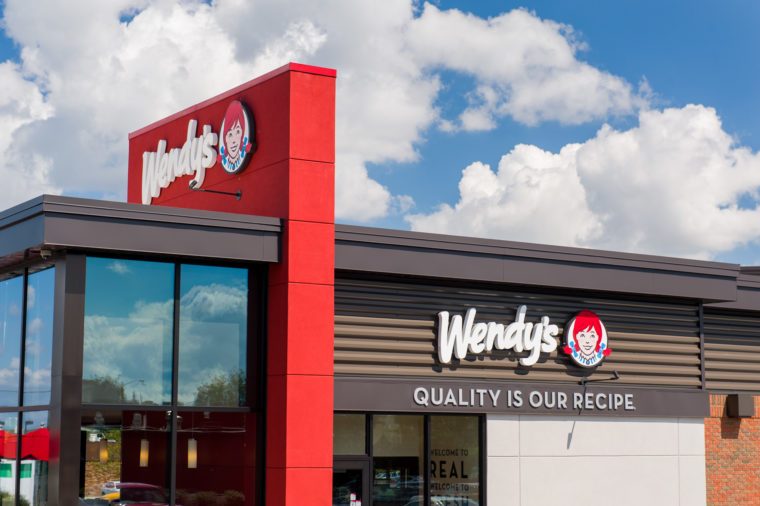 The Frosty mix consists of milk, cream, sugar, and cocoa, among other ingredients too. Even though Wendy’s lists these ingredients on their website, it is hard to find a good copycat recipe—although that doesn’t stop food bloggers and Frosty fans alike from trying. The Daily Meal reports that the current Frosty formula is the same as back in 1969 except for a decrease in butterfat, according to Denny Lynch, former senior vice president of communications at Wendy’s. This is how 8 famous fast food restaurants got their names. 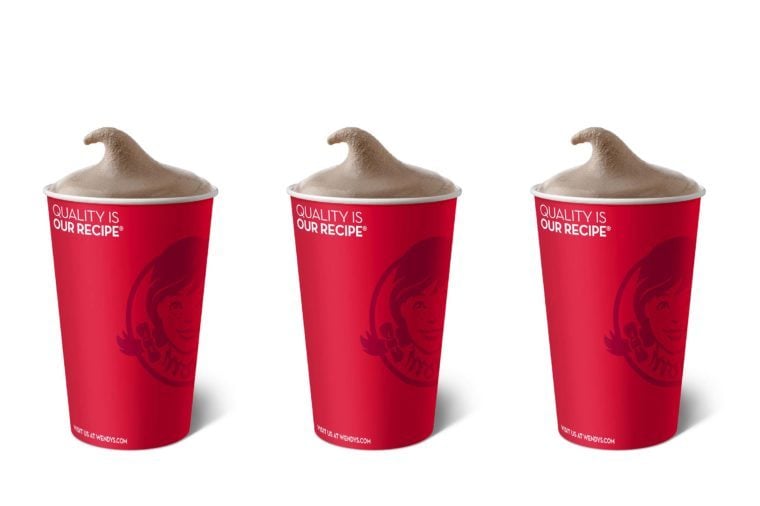 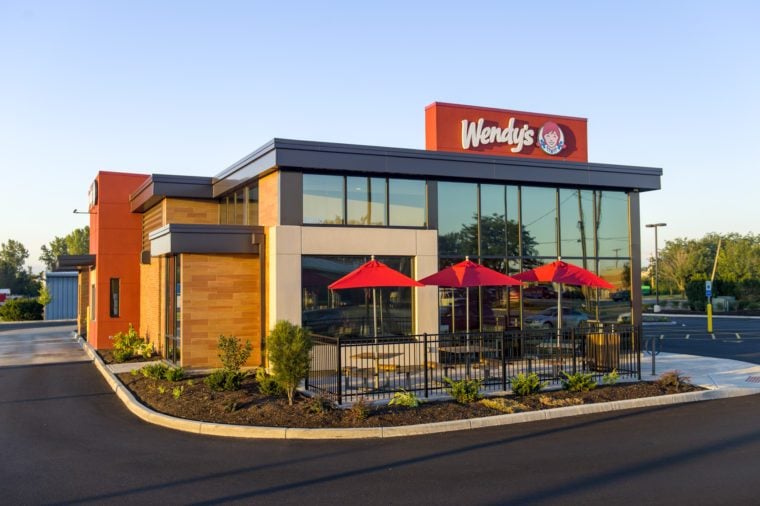 There have been a few different Frosty variations 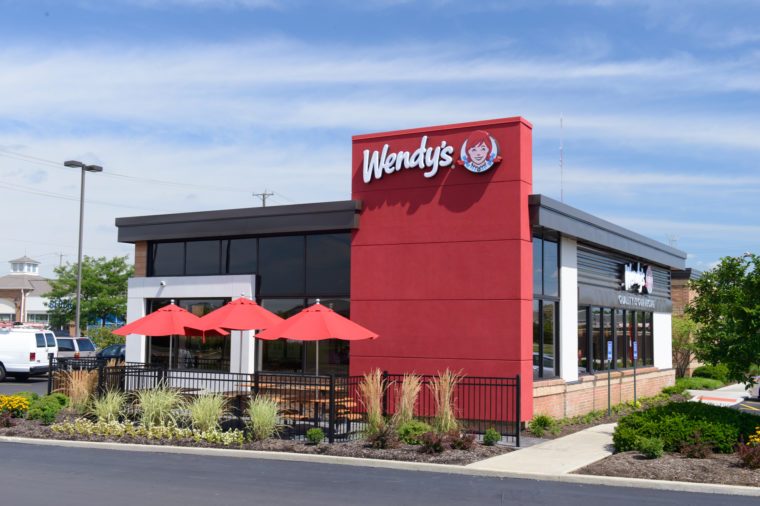 The annual Wendy’s Frosty 5K Run/Walk is in Columbus, Ohio, and raises funds for the Dave Thomas Foundation for Adoption. The charity, founded by Thomas, who was also adopted, finds permanent homes for children waiting in North America’s foster care systems, the official website says. Participants pay a fee for race registration and receive a cold Frosty post-race. In 2018, the race raised more than $110,000. Don’t miss which state has the most fast food restaurants in America. 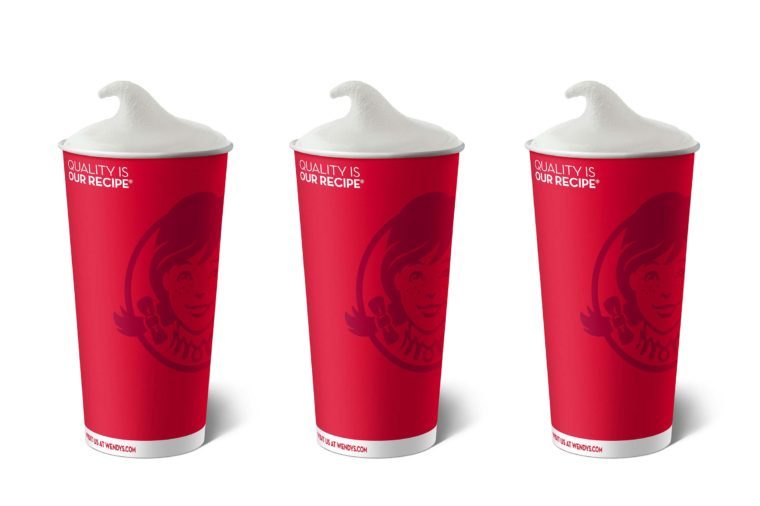 The Frosty has fewer calories than other leading shake-like treats

A large chocolate Frosty has fewer calories than other frozen treats at fast food restaurants. One large order is about 590 calories, in comparison to Sonic and Dairy Queen’s large chocolate shakes with 1330 and 920 calories respectively, according to their official websites. Meanwhile, a small vanilla Frosty is the lowest-calorie Frosty order at Wendy’s, with only 280 calories. See how you can order healthy at your favorite fast food chain. 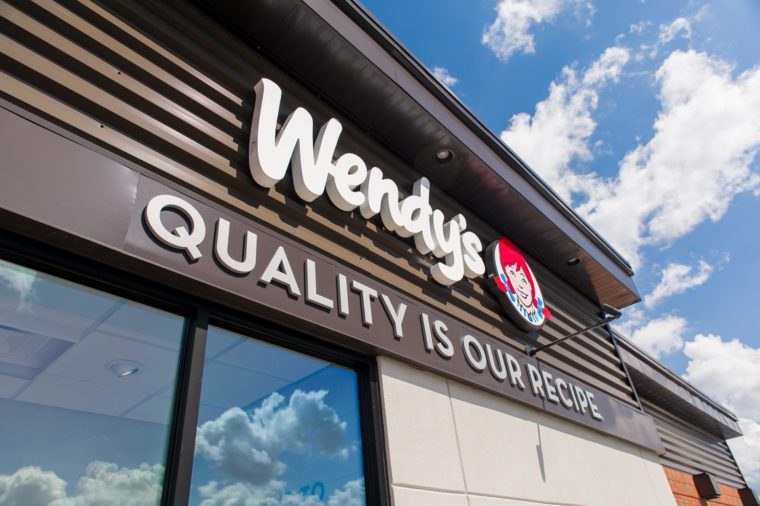 According to one former employee, any excess Frosty mixture at the end of the day is emptied and stored in a freezer overnight before it goes back into the machine the following day. This is part of an effort to reduce food waste as much as possible. Some stores even utilize uneaten, still-fresh burgers in their chili recipe, according to Business Insider. Next, check out the 14 secret menu items you need to order at your favorite restaurants.