Zodiac Signs That Should Never Date Each Other

Having problems with your partner? Maybe you're not a true love match, according to your stars. 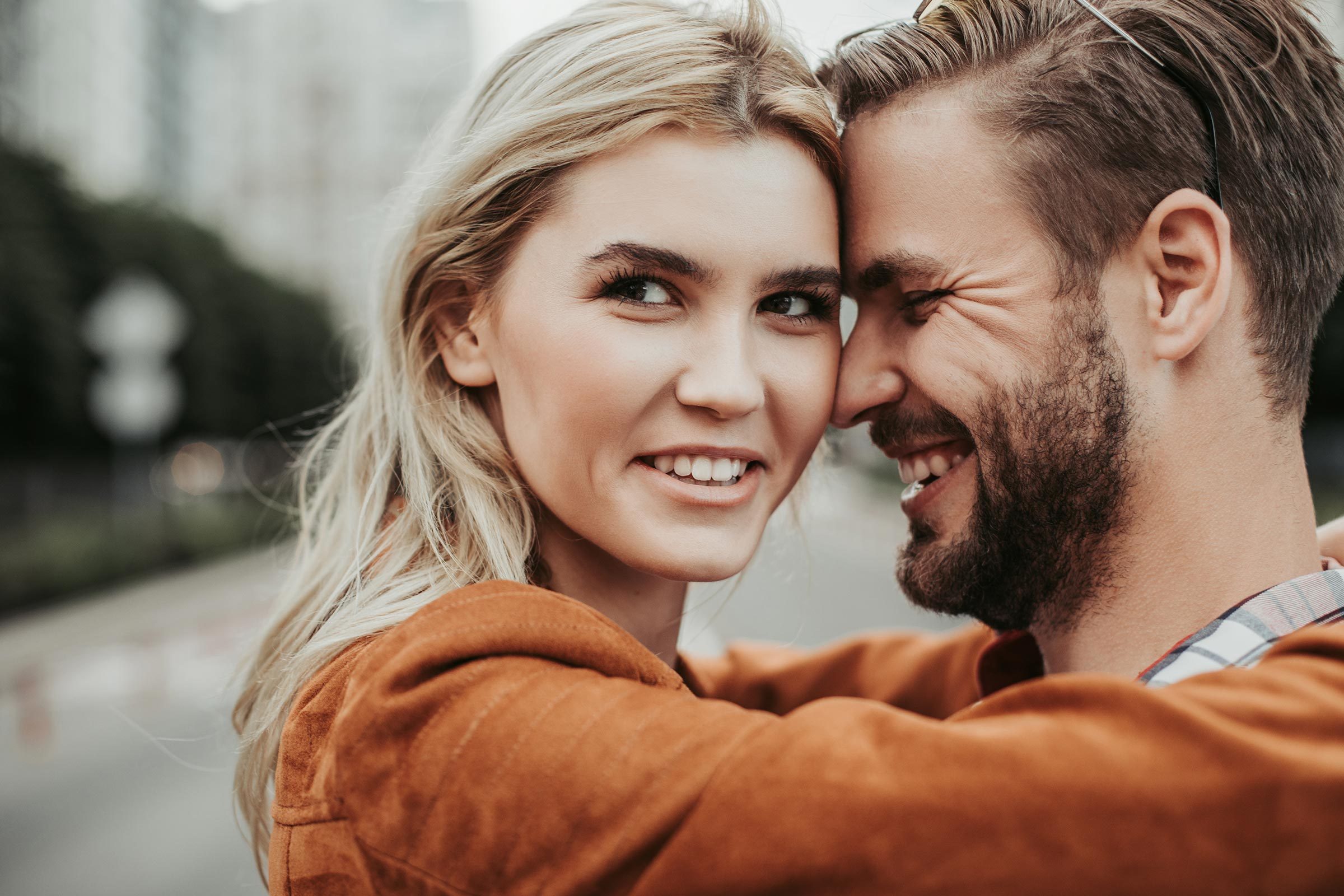 Every zodiac sign has attractive qualities—but not all zodiac signs are compatible. That doesn’t mean that if you and your partner have clashing signs, you should just throw your hands in the air and walk away. Even astrologers like Kathy Biehl warn their readers not to break up with their lovers over this information. “Think of it as a caution at the outset,” Biehl advises. “There are no hard and fast rules about compatibility.” Romantic zodiac compatibility signs are rather elusive, after all. The truth is, there is no telling when that one-of-a-kind connection will happen or what it will take for two souls to spark. However, astrology and horoscopes are meant to guide all of the zodiac signs toward the right path, and love is no exception. So if you’re looking at a potential romantic candidate, you may want to take into consideration what expert astrologers have to say about zodiac compatibility. Your astrological traits also impact how you can make more money, based on your zodiac sign. 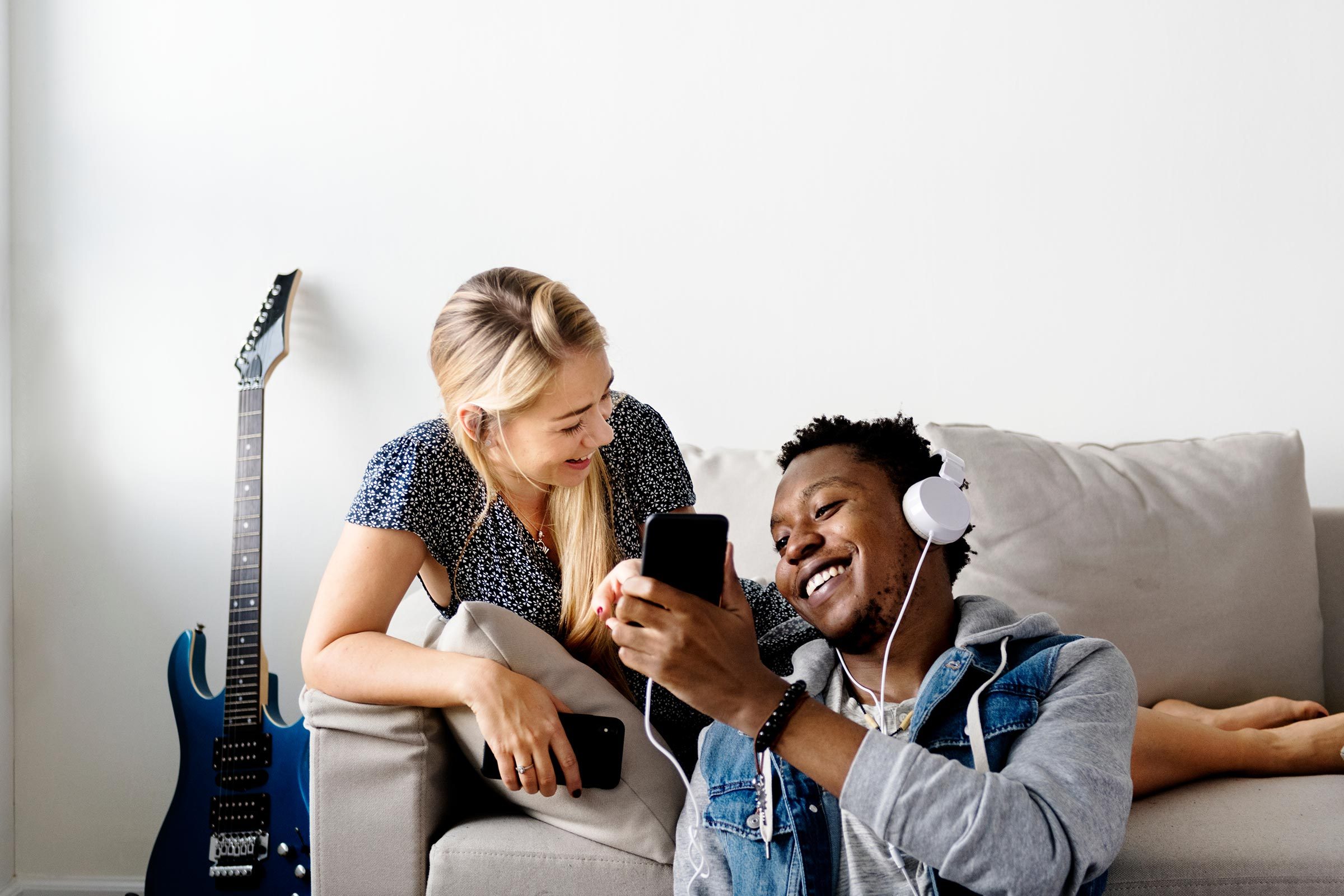 It takes two to tango

While each sign has its own set of positive personality characteristics, not every sign will appreciate them to the same degree. For example, maybe one person’s best quality is that they’re strong-willed or determined, but another sign may find that overbearing instead of admirable. Astrologer Diane Dobry gives a zodiac-specific example: “Capricorns tend to be serious and unemotional,” she says, “but very responsible and hard-working… For a Sagittarius (November 22-December 21), who wants to be adventurous and out in the world, the thought of being tied to a workplace and being practical is not going to make them happy.” It essentially boils down to psychology. So which signs just can’t make it work? Well, there are always exceptions, but as far as astrology goes, there are certain signs that should generally steer clear of one another. Read on for what’s likely to work or not work for your sign. This is how 2020 will go, based on your zodiac sign. 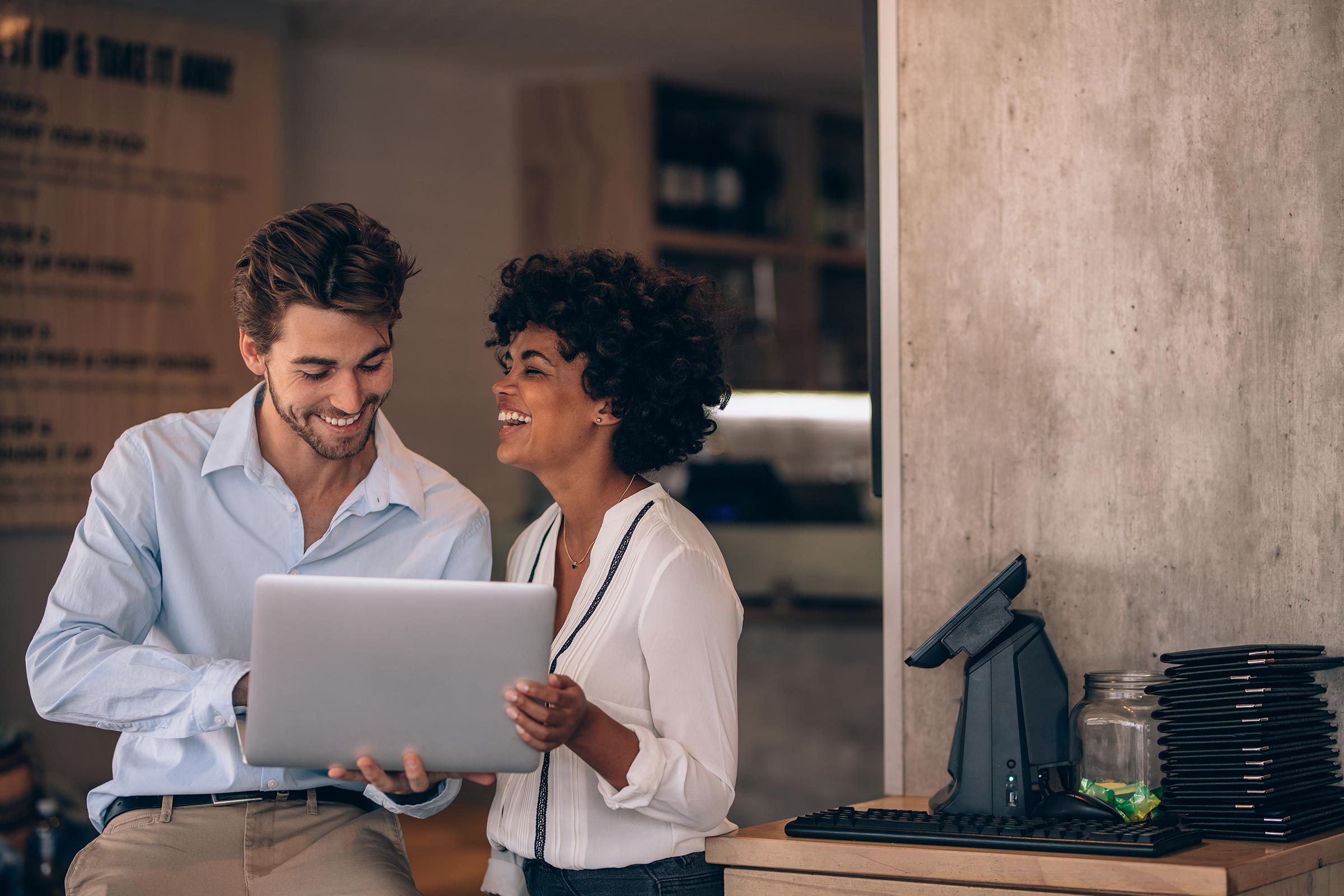 Aries is a very dominant personality. People of this sign tend to be eager and want to be the ones calling the shots, which is a great quality in a boss. They tend to face problems head-on and, while strong, can be pretty blunt. For these reasons, certain signs may not make a great match for Aries, according to Biehl. “Taurus (April 20-May 20), Cancer (June 21-July 22), Virgo (August 23-September 22), and Capricorn (December 22-January 19) may find Aries impatient and reckless,” Biehl says. Other signs may not get along with Aries for different reasons. “Cancer (June 21-July 22), Scorpio (October 23-November 21), and Pisces (February 19-March 20) may find Aries coarse, pushy, reckless, and rude.” So who would be a great match for Aries? Leo (July 23-August 22) is most likely going to be the best match for an Aries, as Leo is another sign that likes to be larger than life. Both Aries and Leos have big personalities, but in different ways. These two signs would respect each other’s bravado and drive without feeling threatened, thanks to their dominant zodiac compatibility signs; they are after two different things. Leo loves putting on a show and being the center of attention while Aries is more pragmatic in its dominance. The signs each have their weaknesses and their most attractive traits. 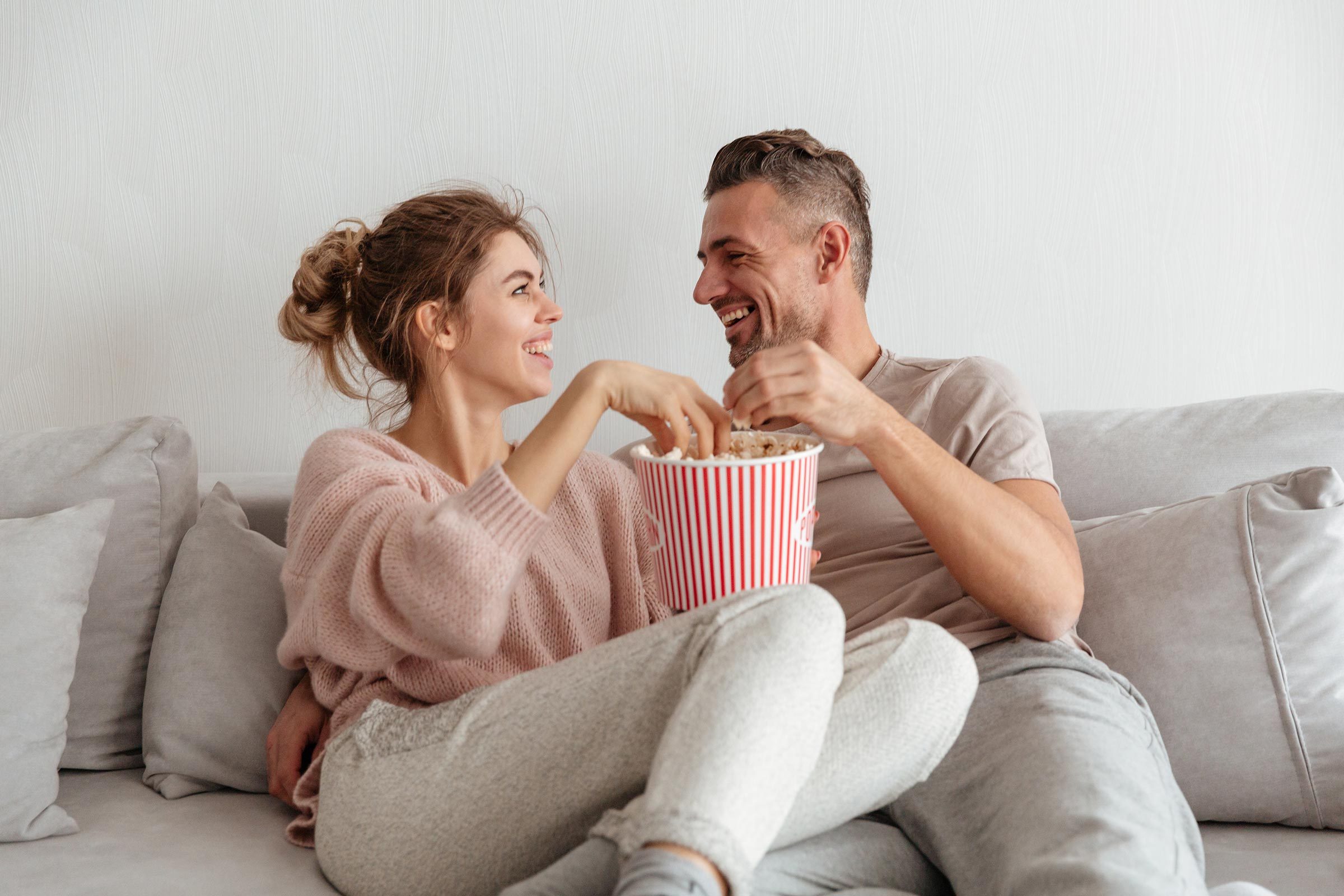 Taurus is a sign that loves to be sensual and takes great pleasure in presents. It’s no surprise, then, that a Pisces (February 19-March 20), the most romantic sign of the zodiac, would be the best match. Pisces love living in a world of fantasy, and they’ll be sure to fulfill a Taurus’s every desire. They can also be very traditional in their courtship, and love bestowing their partner with physical symbols of love. If you want to get with Taurus and you’re not a Pisces, hopefully you’re not an Aries (March 21-April 19), Gemini (May 21-June 20), Leo (July 23-August 22), Sagittarius (November 22-December 21), or Aquarius (January 20-February 18)—none of which are a love match for a Taurus, according to Biehl. 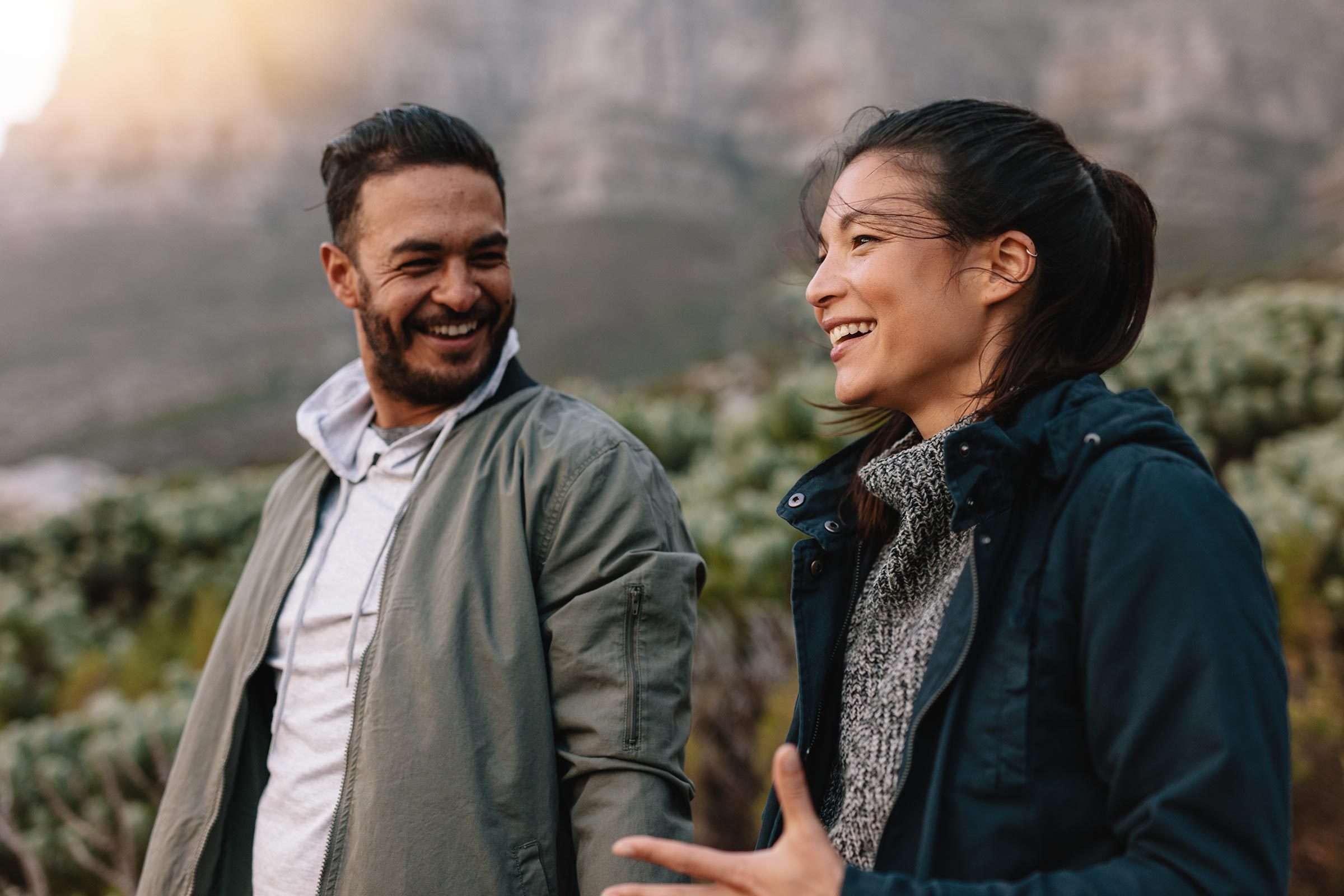 Geminis love to have fun. They tend to be hard to pin down, as they’re always looking for the next adventure. While some signs—namely Taurus (April 20-May 20), Cancer (June 21-July 22), Virgo (August 23-September 22), and Capricorn (December 22-January 19)—might find Gemini “flighty, superficial, and unreliable,” explains Biehl, Sagittarius (November 22-December 21) appreciates Gemini’s spirit. Put these two together and they’ll no doubt enjoy each other’s company. Sagittarius will make Gemini smile and laugh while Gemini will keep Sagittarius on its toes. Traveling and trying new things, both major zodiac compatibility signs, will be a focal point of this relationship. 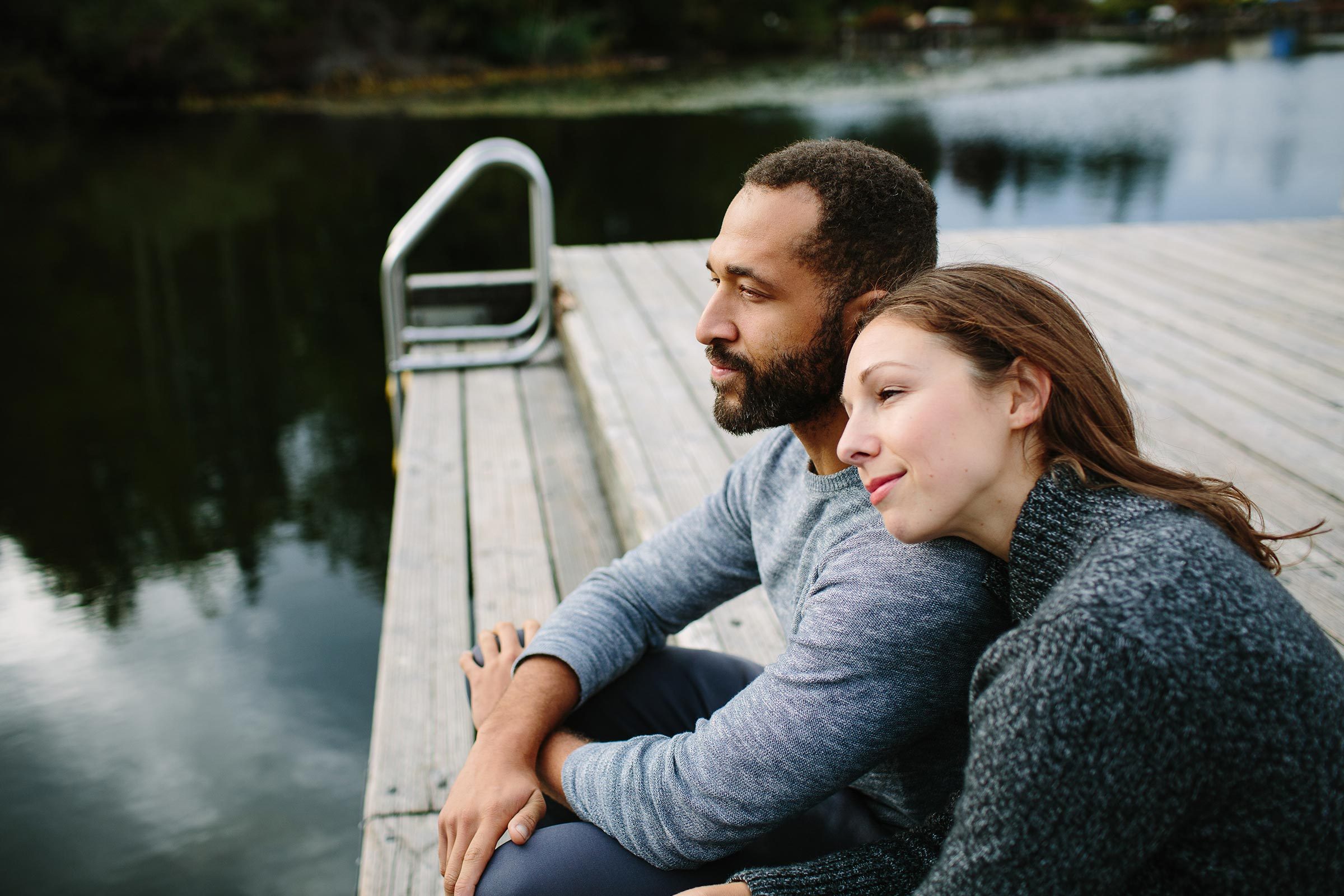 Very few signs get along well with Capricorn, as people under this sign can be serious and pragmatic. If you’re an Aries (March 21-April 19), Gemini (May 21-June 20), Leo (July 23-August 22), Sagittarius (November 22-December 21), or Aquarius (January 20-February 18), a Capricorn is a poor choice for a romantic partner, Biehl warns. However, Capricorns aren’t all bad! Actually, they are supposed to be a great match for Cancer (June 21-July 22). Cancer takes personal relationships very seriously and will always strive to be there for their partner. Both Cancer and Capricorn are usually pretty grounded, but Cancer is the more emotional sign in this relationship. This characteristic softens Capricorn, while Cancer receives the kind of commitment they crave. If you’re dating someone who isn’t astrologically compatible, you can still try these 19 ways to strengthen your relationship in just one hour. 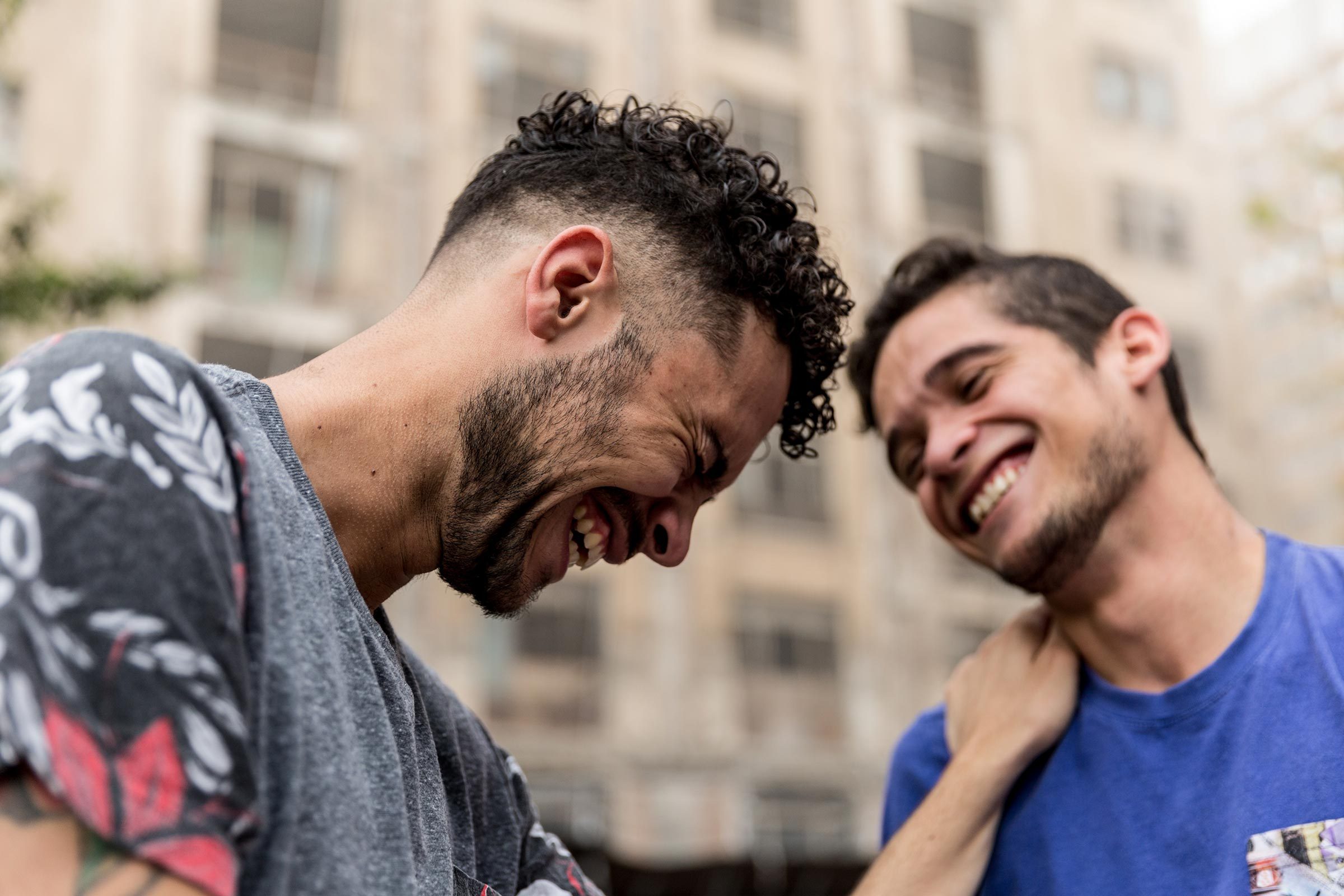 They say everyone loves a Scorpio (October 23-November 21)! True, Scorpios are often said to be the most sexually desirable sign, but that doesn’t mean that every sign should enter into a relationship with one. Virgo, though, can usually bet on romantic success with Scorpio. While Virgos tend to be rational and level-headed, the right partner can bring out their inner passion. Scorpio is fiery, which balances the somewhat reserved nature of a Virgo. Again, Aries (March 21-April 19), Gemini (May 21-June 20), Leo (July 23-August 22), Sagittarius (November 22-December 21), and Aquarius (January 20-February 18) probably won’t make a Virgo very happy. Virgos are difficult to figure out and to please, and they find the more lighthearted signs to be too careless or, well, stupid. These signs also won’t find happiness with Virgo, as they see Virgo as “cautious, stodgy, and boring,” says Biehl. Be on the lookout for these warning signs of an unhealthy relationship. 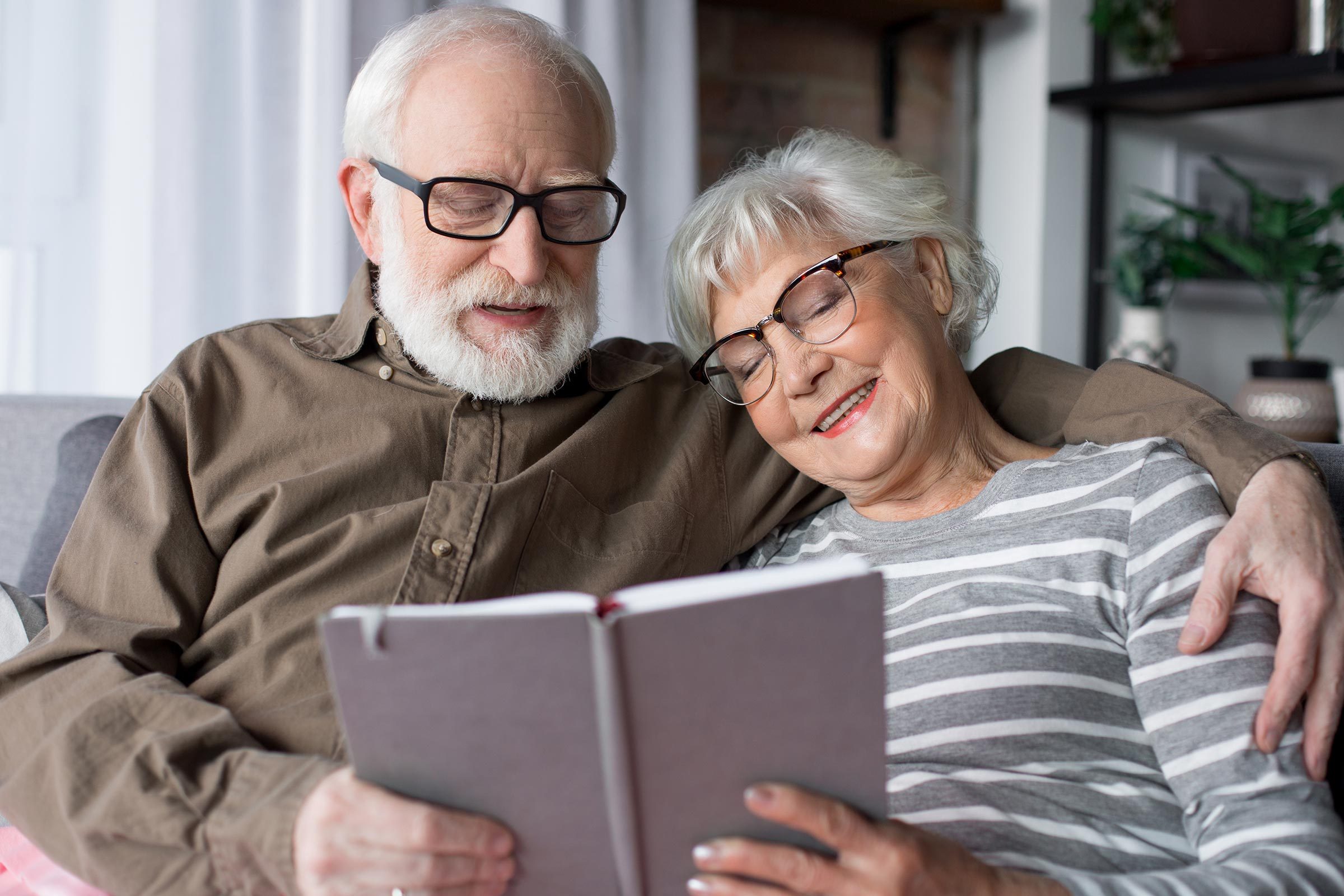 Libras are marked by the scales of justice. Fittingly, people under this sign are just and always try to do the right thing. They’re also incredibly loyal and love being in relationships. Some signs might find this annoying or too clingy, such as Capricorn (December 22-January 19) who is generally pretty distant. Libras are also very intellectual, which is why one of the best possible romantic matches for this sign is the Aquarius (January 20-February 18). Aquarius is a highly individual sign, but they are drawn in by those who can provide sparkling and provocative conversation. If anyone can get Aquarius to commit, it’s Libra. 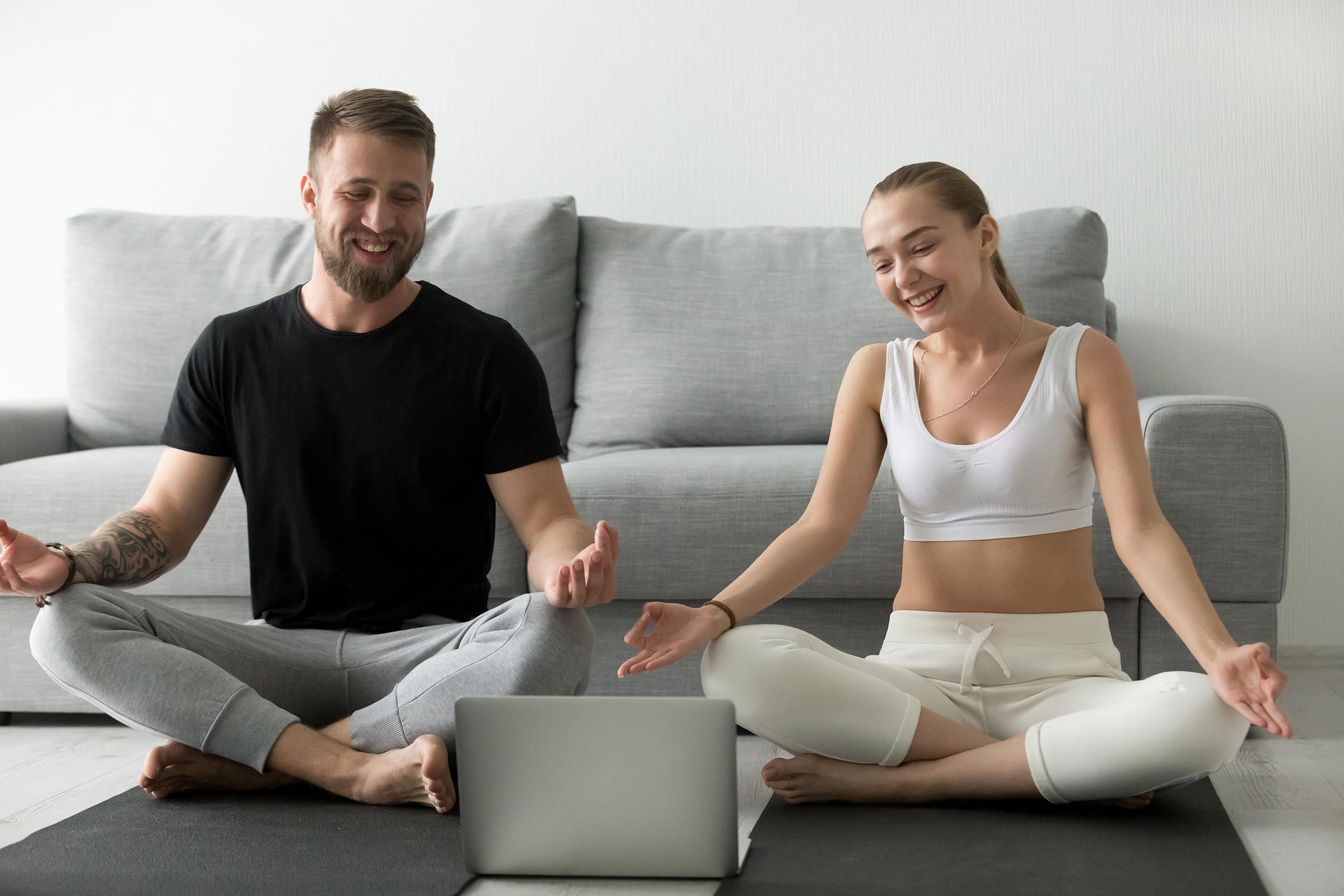 The most important thing to remember about zodiac compatibility is that you have to factor in the characteristics of both signs. “It’s not just a one-sided sense of what makes each sign attractive,” Dobry concludes. “It is what is attractive to my sign that I can find in your sign. It takes two to jibe.” A great romantic partnership between the signs can be found between those signs who balance each other out. Signs that are too similar or too different aren’t likely to work. As with most things in life, it’s best to meet in the middle, and you can get there by learning from the experts. All signs and couples should note the daily habits that couples in healthy relationships always follow.