Everything you've ever wanted to know about fireworks, from their history to the proper way to use them to what makes them so bright.

One of the greatest highlights of every summer is the magic of 4th of July fireworks displays. The bright pops of color in the sky, paired with barbecues, all things red, white, and blue, plus friends and family, make for the perfect celebration. As you think about 4th of July getaways and other ideas for the 4th of July, you might ask yourself: What is the 4th of July, anyway? And which are the states where fireworks are legal? Maybe even, why are dogs scared of fireworks?

Before deciding on your holiday game plan, whether it’s going to see one of the best 4th of July fireworks displays in the country, or buying your own fireworks to set off at home, learn everything you need to know about fireworks for an amazing—and safe—celebration.

What is the significance of fireworks on July 4th?

Haven’t you always wondered why it’s a tradition to set off explosions of light in the sky on Independence Day? It’s certainly a day for celebration, but why fireworks? Well, the 4th of July’s history actually involves fireworks, and you can thank Founding Father John Adams for it.

During the first months of the Revolutionary War, after the 13 colonies had all voted in favor of independence from Great Britain, Congress began to write a declaration, which became the Declaration of Independence. Before it was even finished and signed, an enthusiastic John Adams wrote his wife a letter about how he thought the occasion of America’s freedom should be celebrated. It read:

“The Second Day of July 1776, will be the most memorable Epocha, in the History of America. I am apt to believe that it will be celebrated, by succeeding Generations, as the great anniversary Festival…It ought to be solemnized with Pomp and Parade, with Shews, Games, Sports, Guns, Bells, Bonfires and Illuminations from one End of this Continent to the other from this Time forward forever more.”

Adams was off by a few days, but the 4th of July was most certainly celebrated in a way he would have liked.

One year after the Declaration of Independence was signed, the first organized 4th of July fireworks were set off in 1777 in Pennsylvania and Boston (Adams’s hometown). The Pennsylvania Evening Post reported that “the evening was closed with the ring of bells, and at night there was a grand exhibition of fireworks (which began and concluded with 13 rockets) on the Commons, and the city was beautifully illuminated.”

Boston still has one of the most spectacular fireworks shows on the 4th, and its unique history definitely plays a part in that. In the years following, many more cities took part in July 4th celebrations that included speeches, parades, and picnics, in addition to fireworks.

Boston showed its love for the 4th again in 1783, when the city was the first to designate July 4th as an official holiday. Then, in the 1800s, as fireworks started to become available to the public, the sky became even more illuminated on the big day. And in 1870, Congress followed, making Independence Day a federal holiday. The bright colors and loud bangs are the perfect way to celebrate America’s freedom year after year.

Where to see the best fireworks on the 4th of July

If you want to see a big 4th of July fireworks display this year, there are a few around the country that are sure to impress, whether you’re staying close to home or getting away for the weekend.

If you choose to forgo the big fireworks displays around the country and want to set off your own, know that fireworks are no joke. All fireworks and sparklers can be extremely dangerous. According to the 2021 Consumer Product Safety Commission (CPSC) fireworks safety report, there were an estimated 15,600 people treated in hospital emergency rooms for fireworks-related injuries in 2020—up from 10,000 in 2019—with 66 percent of them occurring around the 4th of July.

When it comes to fireworks safety, for starters, don’t set fireworks off near your house—and that includes off your deck. Instead, fireworks should be lit away from buildings and on a flat, level, hard, and fireproof surface, far away from debris like trash or vegetation that could catch on fire. Don’t light fireworks under power lines or near anything combustible, like a propane tank.

You’ll also want to plan for emergencies, just in case, by keeping a bucket full of water close by, along with a garden hose. Be sure to turn the faucet on and ensure the water is running to the hose so you can put out a fire immediately if need be.

Have an adult supervise

The CPSC makes it pretty clear: Never allow young children to play with or ignite fireworks. Even sparklers, which kids have been waving around for hundreds of years, are quite dangerous—in fact, they were the cause of the second highest number of ER-treated fireworks injuries in 2020, with a whopping 900 treated injuries.

“Extreme care must be practiced when sparklers are used, and only under close adult supervision,” says Julie Heckman, executive director at American Pyrotechnics Association (APA). Ultimately, it’s a very pointy object that burns as hot as a blow torch—about 2,000 degrees Fahrenheit. Something that’s a lot safer? Having kids make fireworks-inspired 4th of July crafts.

Dress appropriately for the occasion

If you’re going to set off fireworks, don’t do it barefoot or with minimal protection. Heckman suggests closed-toe shoes, and you should also don safety glasses to protect your eyes, keep long hair pulled back, and avoid clothes with loose or hanging fabric that could catch fire. If possible, use a utility-style lighter for a safer distance between your arm and the fuse.

Barbecues and beer go hand in hand on the 4th, but if you don’t want to get injured (or hurt someone else), don’t drink and set off fireworks. An incident in the CPSC report tells of a 61-year-old man who died after lighting a firework the wrong way, causing it to hit him in the chest. He had been drinking during the day, and police found many empty alcohol containers at the scene. Spectators, listen up: You should be careful when it comes to drinking alcohol around fireworks displays too. Also, never smoke while around fireworks.

Take care of your pets

Keep your pets inside. Even if they aren’t afraid of the noise or lights, a dog’s or cat’s curiosity about the fireworks could get them hurt, or they could accidentally end up in the path of the fireworks. If your pup is especially anxious about fireworks, try the ThunderShirt for dog anxiety.

The weather is actually a significant factor in firework safety, and it’s not just rain that can dampen the festivities. Windy conditions aren’t safe for lighting fireworks because fireworks can tip over, or the wind could send them in the path of spectators or passersby. Always light fireworks with the prevailing wind blowing away from the spectators.

Keep a safe distance from fireworks

Never do these things with fireworks

You know what they say about an ounce of prevention. These tiny tips can go a long way in warding off ER visits—or worse.

Where are fireworks legal?

Because of the risks that come along with setting off fireworks, many states have strict regulations for them. The only state that completely bans all consumer fireworks is Massachusetts. The remaining 49 states and Washington, DC, allow consumer fireworks in some form. The restrictions vary from state to state, though, so before buying and setting off 4th of July fireworks, make sure to look up your local laws. You can learn more about what types of fireworks are legal and illegal here.

Where to buy fireworks

Where you can buy fireworks depends on where you live. If you’re looking for something small, like sparklers, those can typically be found at your local department or grocery store. Larger fireworks are typically sold from firework stores, online, or from roadside stands that start to pop up around the 4th.

Before purchasing any fireworks, read up on your local laws and the safety tips noted above. Too worried about the dangers of fireworks to attempt an at-home display? Try these 4th of July games the whole family will love instead.

Those 4th of July fireworks displays look a lot like magic, but they actually entail a lot of science and some very specific planning. Here’s how it all works:

Now that you know all about fireworks, there’s just one thing left to do: Find the perfect 4th of July captions for your fireworks photos and all your other patriotic pics! 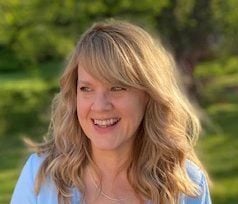 Lisa Marie Conklin
Lisa Marie Conklin is a freelance writer covering pets, home improvement, and lifestyle. She loves that her workday is interrupted by muzzle snuggles and walks with Archer, her rescue pup. In her downtime, she's either studying for weekly trivia night, doing a jigsaw puzzle, or watching too much British TV.
Now Trending

How to Clean Your Baseboards Quickly and Easily
The Best 4th of July Celebration for You, Based on Your Zodiac Sign
As an Immigrant, This Is What the 4th of July Means to Me