The Duke and Duchess of Sussex are giving up their royal duties—but will their royal titles go with them?

Update, January 18, 2020: After days of discussions between Queen Elizabeth II, Prince Charles, Prince William, and Prince Harry, it appears a resolution has finally been reached regarding Prince Harry and Meghan Markle’s recent decision to step down as senior members of the British royal family. In addition to relinquishing their royal duties and military appointments, the Sussexes will no longer use their “HRH” titles, according to a statement from Buckingham Palace. The Duke and Duchess of Sussex will still be allowed to “maintain their private patronages and charities” with the blessing of the Queen, and apparently intend to repay the money from the Sovereign Grant that was used to renovate Frogmore Cottage, their official U.K. residence. In a personal statement from the Queen, she recognizes the couple as “much loved members of my family” and thanked them for their work across the Commonwealth.

As the second week of 2020 began, a massive bit of British royal family news sent shockwaves through the community of monarchy devotees. Prince Harry and Meghan Markle, whose extravagant wedding and first baby were two of the biggest news talking points of 2018 and 2019 respectively, are “stepping back” from their royal duties. We’ve got a full explanation of exactly what that means, but another question that royal fanatics have is: How will this affect their royal titles, if at all?

Currently, Harry and Meghan are officially the Duke and Duchess of Sussex, titles that have a sweet, meaningful significance. But could this decision cause them to lose those titles?

How did they get their titles in the first place?

It’s no secret that royal titles are complicated. Before marrying, Prince Harry was “HRH (His Royal Highness) Prince Henry of Wales,” matching the style of any male grandchildren of the reigning monarch. On the day of his wedding to Meghan Markle, he and his new wife became “HRH The Duke of Sussex, Earl of Dumbarton, and Baron Kilkeel” and “HRH The Duchess of Sussex,” respectively. Most people just refer to the pair as the Duke and Duchess of Sussex. They didn’t just get those automatically, though; the Queen had to bestow those titles on them. Learn more about how royals get their titles.

They can renounce their titles 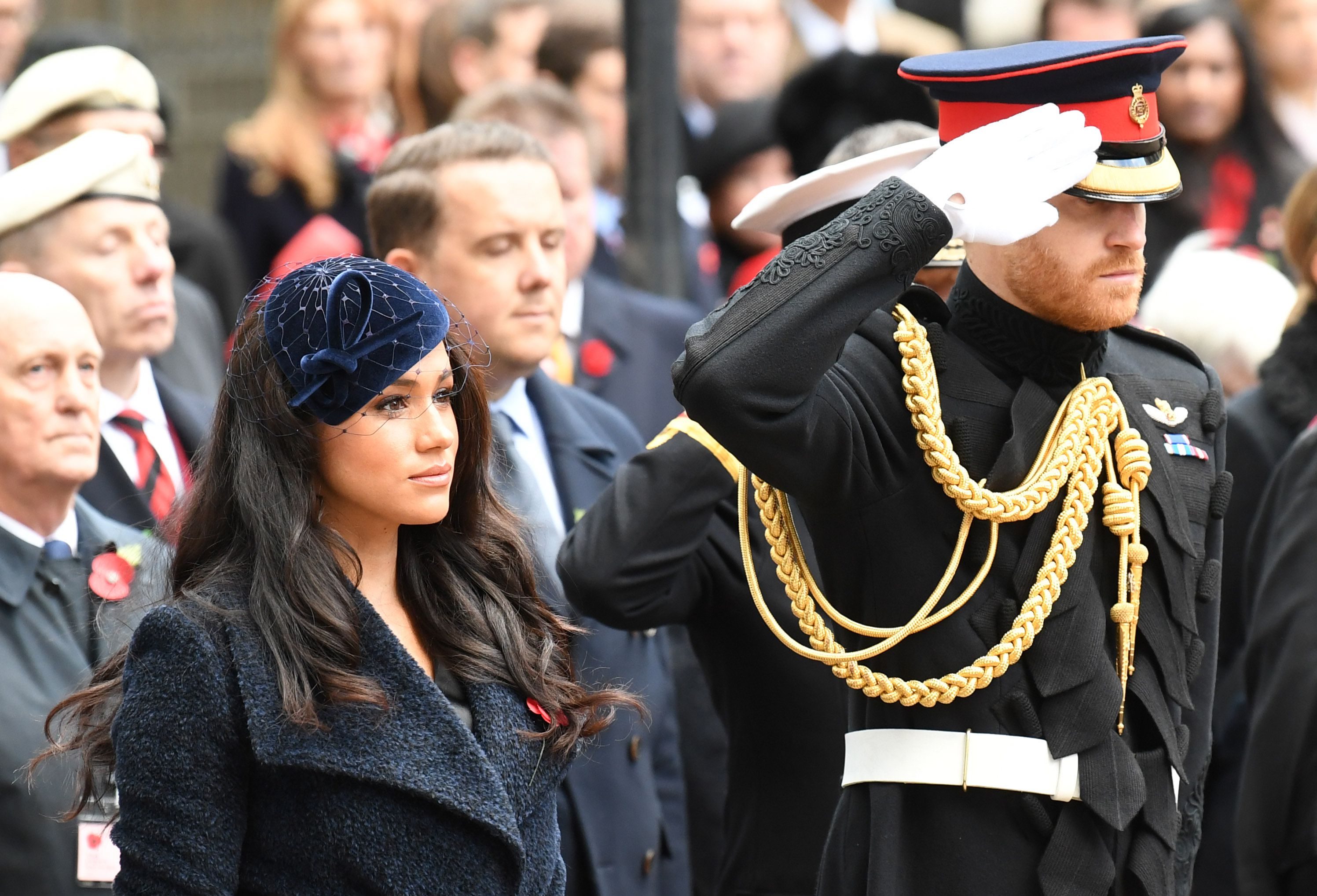 With their decision to step back from royal duties, you might think Harry and Meghan would also be giving up their royal titles—yet, as of press date, they’re not. Vanity Fair reported that “Harry and Meghan are not understood to want to relinquish their royal titles and will continue to be the Duke and Duchess of Sussex.” But, given the other aspects of royal life that they’re giving up—such as becoming financially independent and opting out of the “royal rota” press pool—this decision is proving unpopular. The chief executive of Republic, a group that opposes the monarchy, tweeted that the pair “would have had more sympathy, and our full support, if they had renounced their titles.” Norman Baker, a former member of Parliament’s Liberal Democrat party, has likewise criticized them for wanting to have “one foot in, one foot out.”

Could their titles be removed?

So they don’t appear to want to renounce their titles—but is that entirely their choice? If they don’t get rid of their royal titles, could someone else do it for them? After all, it stands to reason that, if the Queen made them the Duke and Duchess of Sussex, she could also take those titles away.

This possibility doesn’t seem very likely, though; royals being stripped of their titles is generally rare and usually viewed as reserved for only extreme, disgraceful circumstances. The only person who could do it would be the reigning monarch.

And there is definitely a precedent for royals stepping back without having their titles removed. The then-96-year-old Prince Philip renounced (or, more accurately, retired from) his royal duties in 2017, yet his titles remain. So do those of Prince Andrew, who stepped back from public duties in 2019 after a BBC interview dove into his association with sex offender Jeffrey Epstein. In some cases, titles can be changed; for instance, after Princess Diana and Prince Charles’ divorce, Diana’s official title changed from “HRH The Princess of Wales” to “Diana, Princess of Wales.”

The situation is ongoing

Vanity Fair spoke to senior royal sources who say that “nothing has been ruled in or out” with respect to Harry and Meghan’s titles; discussions, of course, are ongoing. The source did, however, seem to hint that Harry and Meghan’s new financial ventures might jeopardize their titles: “It is hard to have an HRH title while working on a commercial basis if that’s what they plan to do.” That statement, though, seems to suggest that they themselves will renounce the titles, not that the Queen will remove them. Whatever happens concerning their titles, Harry and Meghan’s decision will definitely go down in history as one of the major royal family scandals that shocked the world.

What It Means to “Step Back” from Royal Duties