The galaxy far, far away is filled with words of wisdom and wit from Jedi masters, rakish scoundrels, cosmic royalty, rebel leaders, dorky droids, and more. Read on for our favorite Star Wars quotes from the movies and TV series.

From wise words to wisecracks, from brags to battle cries, and from pep talks to putdowns, the heroes and villains that populate the formidable Star Wars franchise haven’t found themselves at a loss for words since 1977 when the original movie, aka Episode IV: A New Hope, debuted. (If you’re still confused about the timeline, here’s how to watch the Star Wars movies in order.)

We mined the existing 20 projects from A New Hope all the way to season 2 of The Mandalorian to find 70 Star Wars quotes worth remembering and repeating. These pop culture pearls have gone on to inspire band names, memes, nicknames, T-shirts and other merchandise, game day pep talks, and bar monikers. The most oft-repeated line, “May the Force be with you,” became the punny name of the official Star Wars holiday, May The 4th Be With You, unofficially known as Star Wars Day. And with almost a dozen new Star Wars films and TV series in some official stage of production between announced by Disney and in the can, the list, like Jedi training, is never truly done. 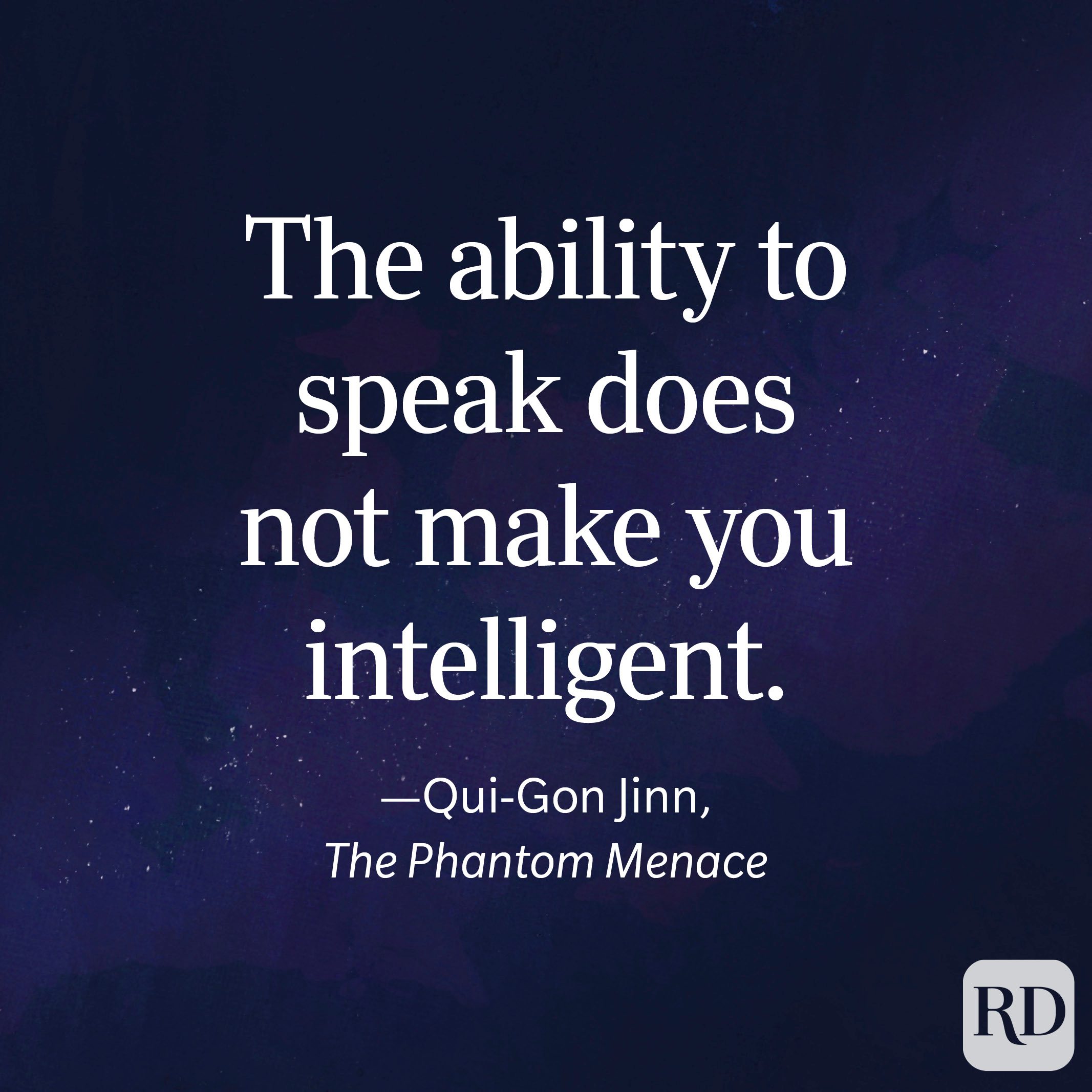 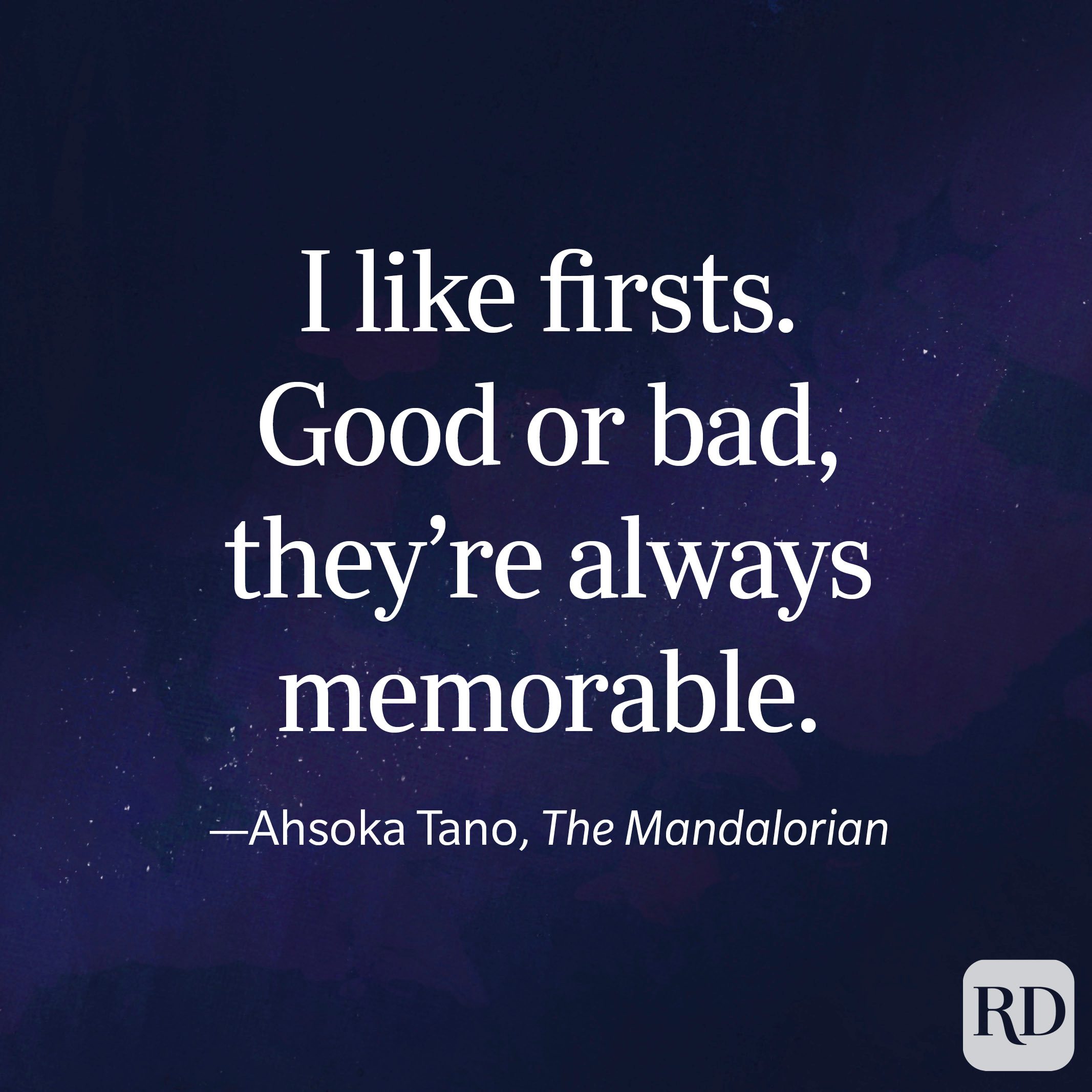 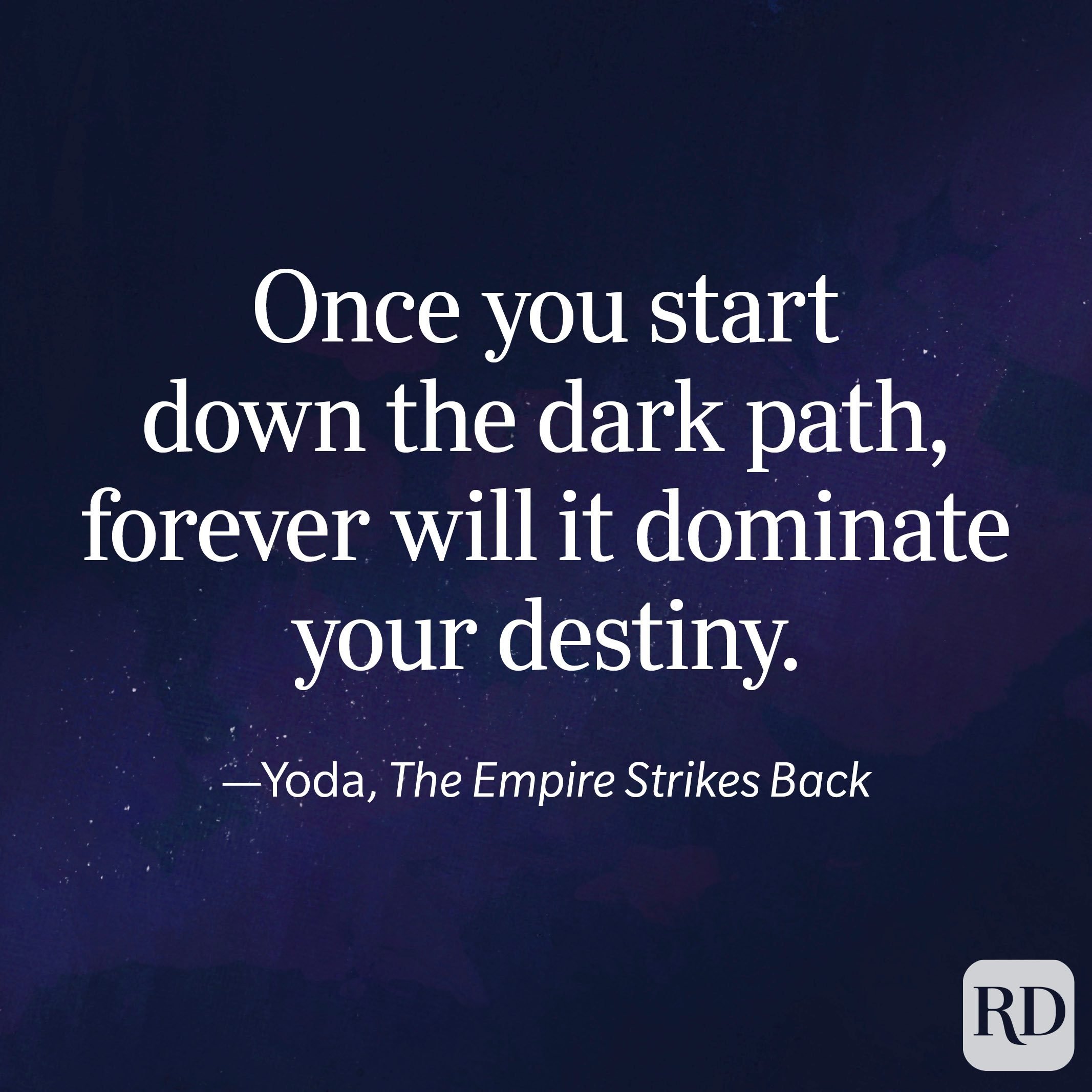 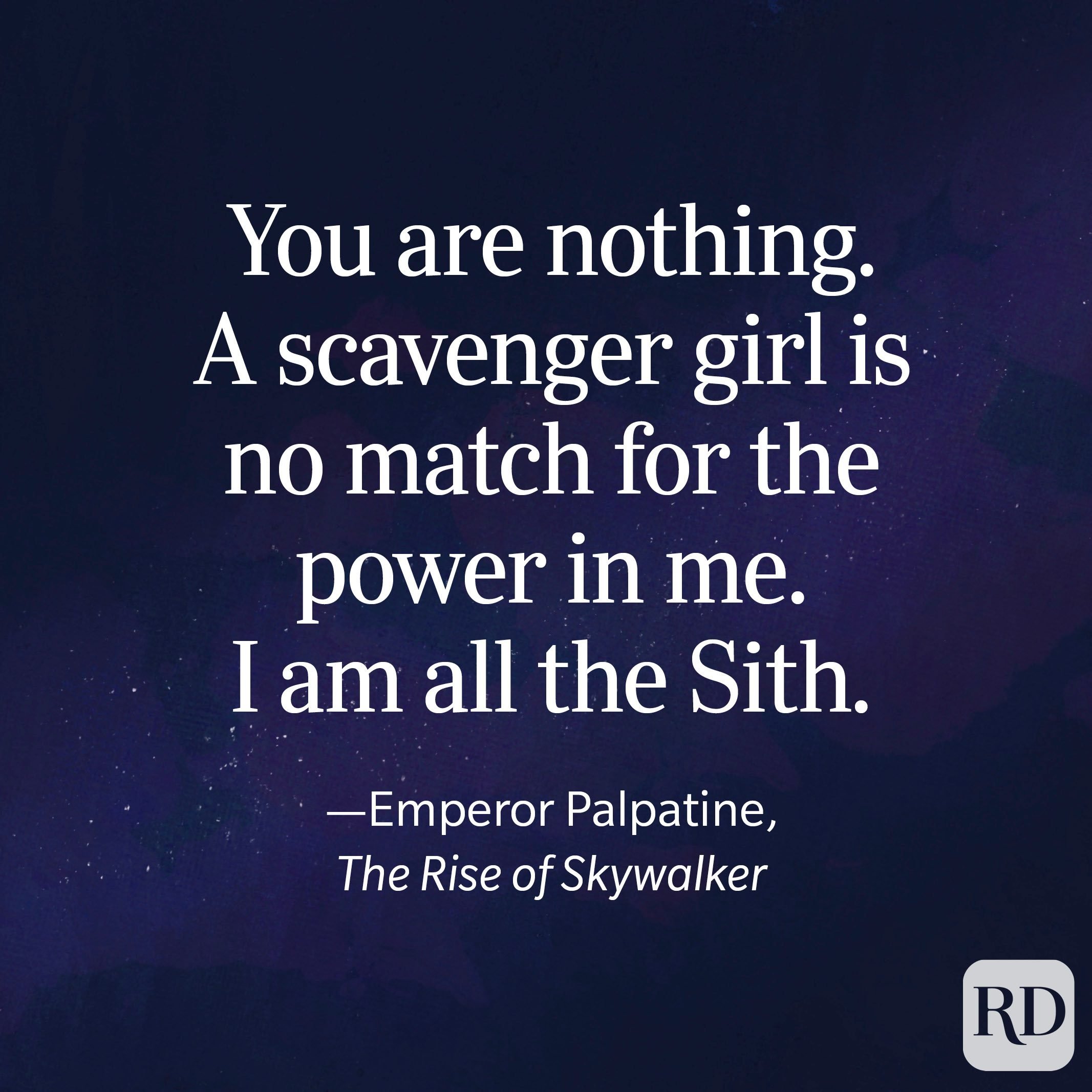 RELATED: May the Fourth Be With You memes 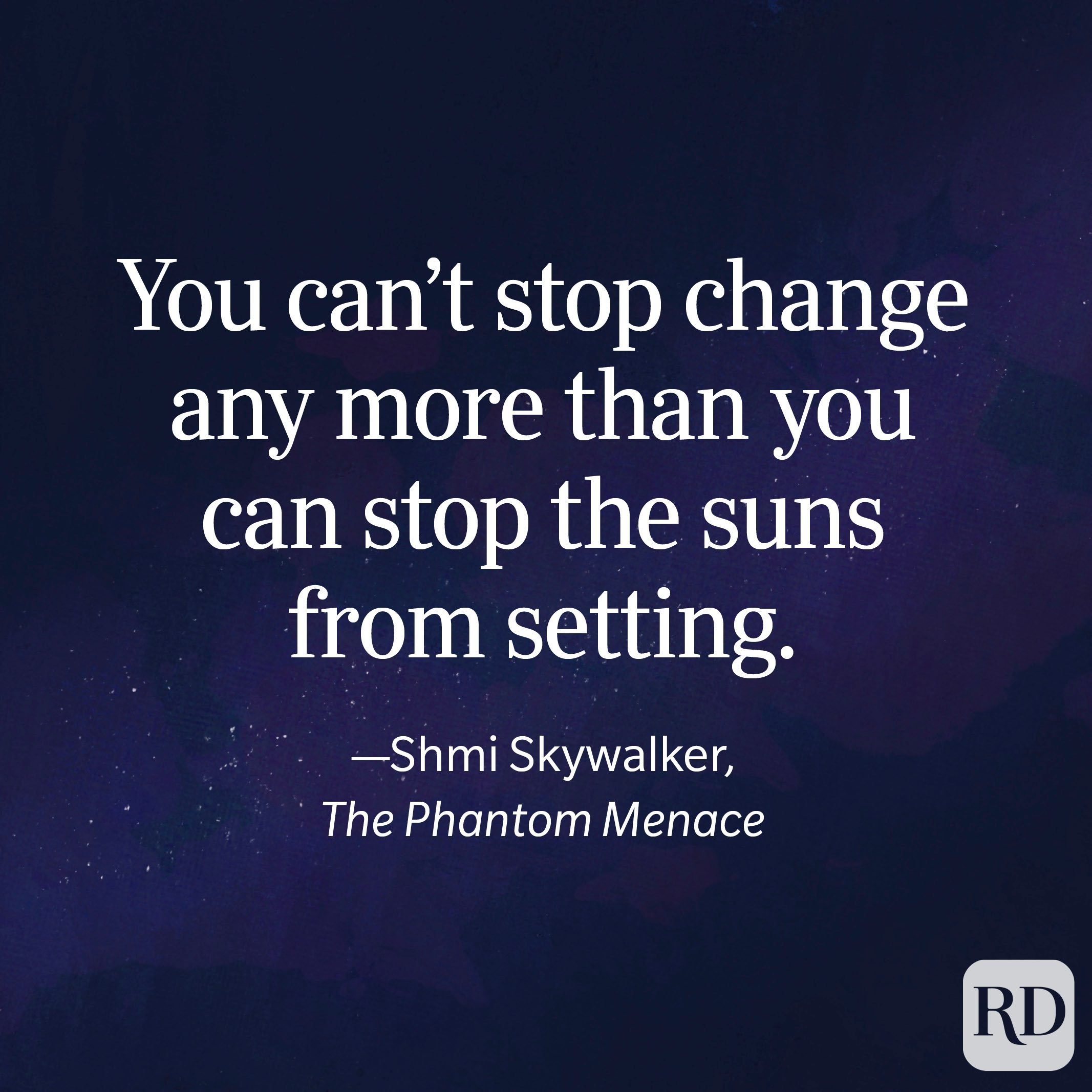 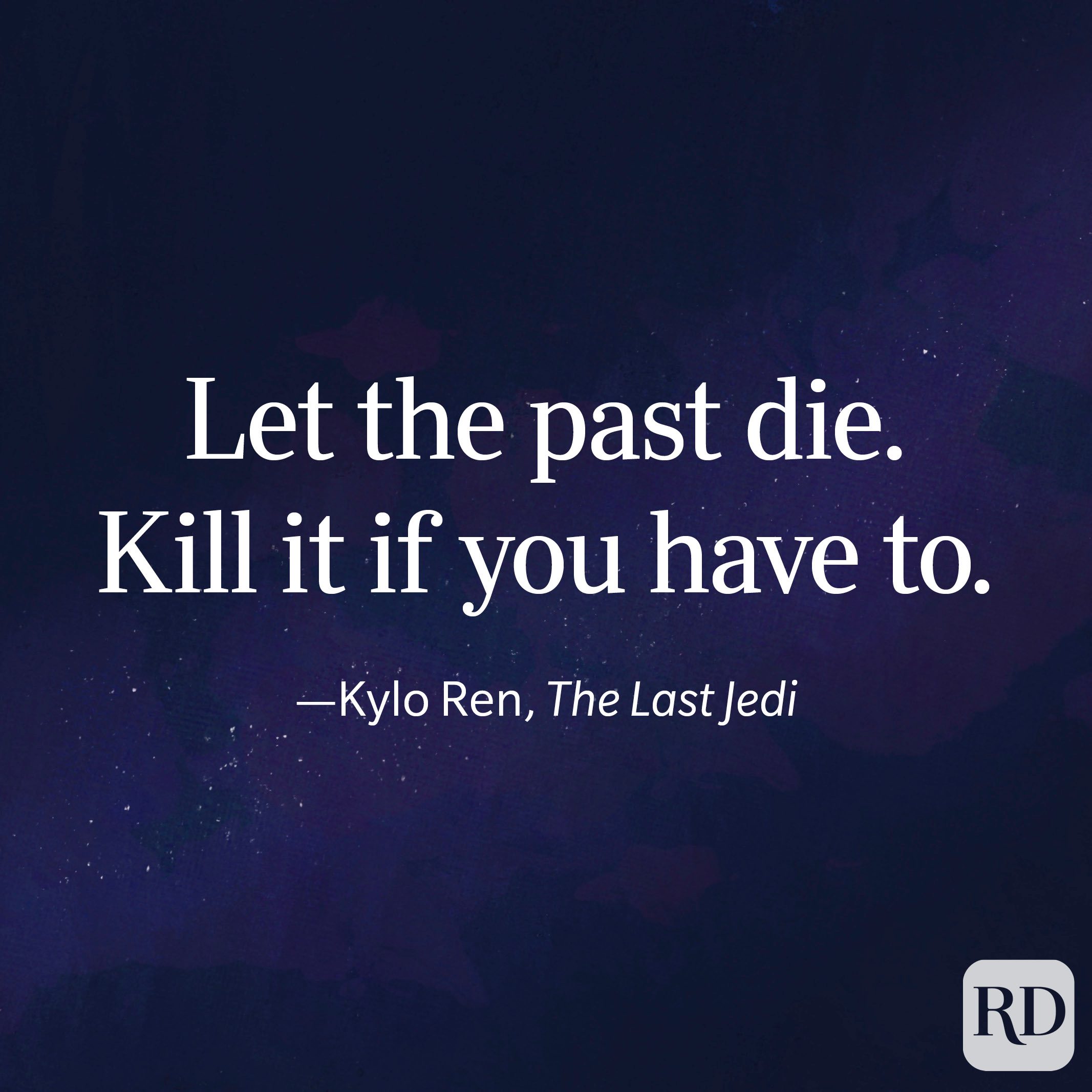 RELATED: Star Wars jokes and puns for both sides of The Force 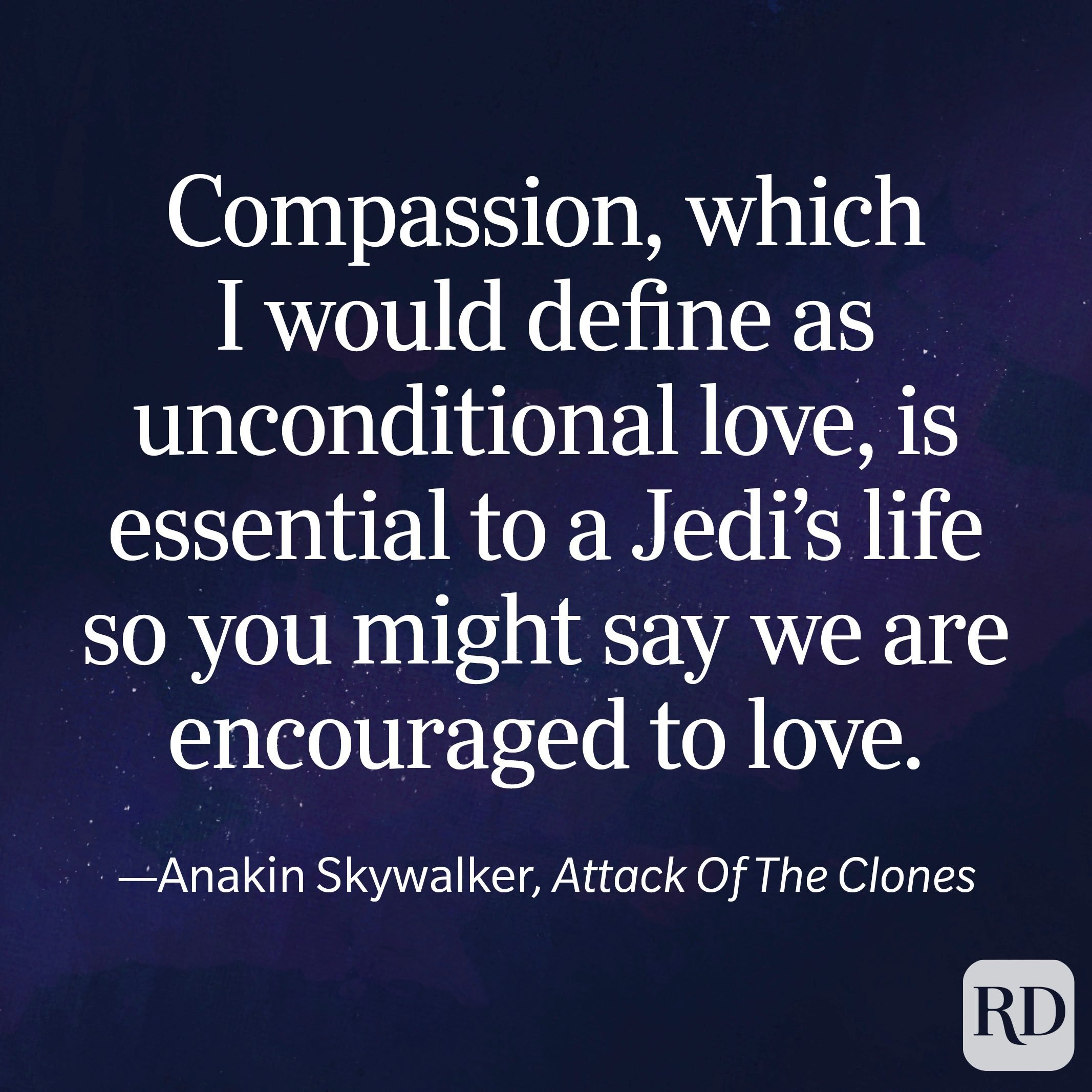 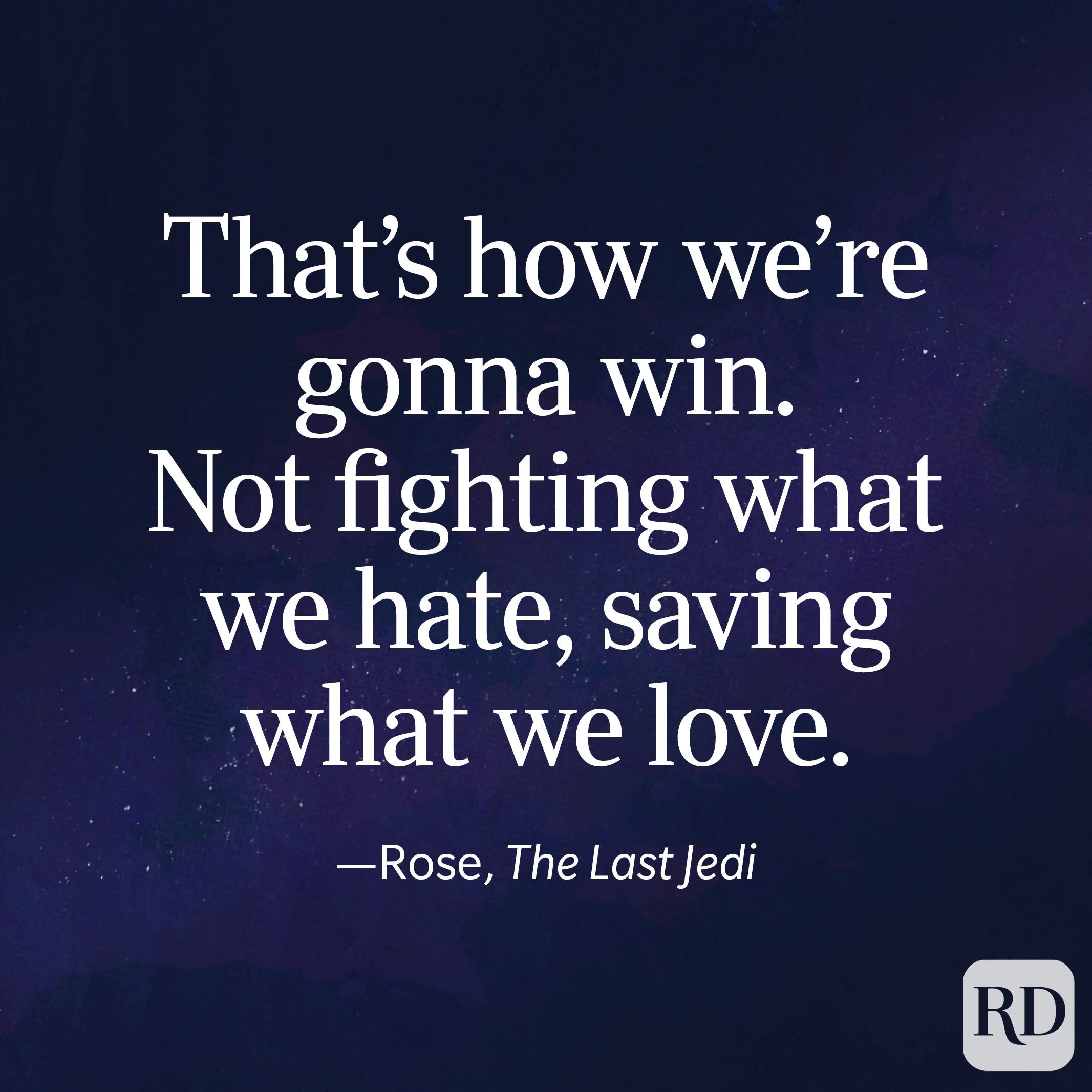 Now that you know these quotes, read up on these Star Wars pick up lines that are simply out of this world.

Carrie Bell
Carrie Bell is a Los Angeles-based writer who has been covering travel, entertainment, food, and other culture/lifestyle topics for nearly two decades. Her work has appeared in Reader’s Digest, People, Yahoo, Cosmopolitan, Fodor’s, and Bridal Guide and she is Southern California specialist for TripSavvy. She earned a BA in journalism at Humboldt State University in only three years and co-authored The Bathtub Reader: An Amusing Miscellany for the Discerning Mademoiselle.