Here’s What to Expect from The Mandalorian Season 3

Waiting for The Mandalorian Season 3 to drop? Here's what's ahead for Mando, Grogu and the gang when the show returns.

It feels like we’ve been waiting for The Mandalorian Season 3 forever. The beloved show chronicling the adventures of Din Djarin (aka Mando) and Grogu (you might know him as Baby Yoda, the cutest green guy in the galaxy) has been one of the biggest TV hits in the Star Wars franchise, and the incredible emotional ending of Season 2 cemented the show’s place on everyone’s list of the best TV shows around.

The new season isn’t coming out until next year, though you won’t have to wait quite as long as May the 4th to feel the force. In the meantime, fans are upping the anticipation by watching all the Star Wars movies in order, reminding themselves of their favorite Star Wars quotes and buying Baby Yoda gifts for… other people. (OK, for themselves.)

But if all that still isn’t enough for you, you’ll want to read on because we’ve collected all the information out there about The Mandalorian Season 3. Release dates, casting news, even story line rumors—we’ve got it all. This is the way.

When will The Mandalorian Season 3 premiere?

Since credits rolled on the second season, fans have been asking, “When is the next season of The Mandalorian?” We finally have the answer—well, half an answer. Mando-heads in attendance at the May 2022 Star Wars Celebration in Anaheim, California, were lucky enough to hear it straight from the horse’s mouth. Thankfully, the official Star Wars Twitter account confirmed it the next day: The Mandalorian Season 3 will premiere in February 2023.

There’s no word yet on exactly which day of the year’s shortest month the new season will drop, but we know that it, like all Star Wars content, will be streaming on Disney+. Talk about a Star Wars gift!

What will The Mandalorian Season 3 be about?

If you’re new to The Mandalorian fandom, be warned: There are spoilers ahead for the first two seasons of the show and for The Book of Boba Fett. If you’re all caught up, read on!

In the pitch-perfect finale to the second season of The Mandalorian, Din (Pedro Pascal) comes face to face with Luke Skywalker (Mark Hamill) and must leave Grogu, who he’s come to care for, with the Jedi for training. It was an emotionally powerful scene, and fans were clamoring for information on whether Din and Grogu will reunite in Season 3.

Although nearly two years have passed since Season 2 ended, we haven’t been Mando-less the entire time. The Mandalorian‘s story continued in the last three episodes of The Book of Boba Fett, which aired in February 2021 and featured the reunion of Din and Grogu. Yes, it’s a Star Wars fact that Grogu has chosen to be with his space dad rather than his Jedi teacher, which sets the stage for a Season 3 that is as adorable as it is action packed.

Only fans attending the Star Wars Celebration were lucky enough to see the teaser footage. Fortunately, Mando fans have excellent memories, so we know most of what was teased. Remember, the ending of Season 2 saw Mando winning the Darksaber from Moff Gideon (Giancarlo Esposito), thwarting Bo-Katan Kryze (who believed she was destined to wield it).

Well, Season 3 will definitely feature a lot of Bo-Katan (Katee Sackhoff); the teaser footage saw her fighting Din and talking to Grogu. (One day Grogu might talk back, but until then we’ll have to be content with one of the many awesome Yoda quotes.) There were also some hints that there’s going to be a lot of conflict over the Darksaber. Both Moff Gideon and Bo-Katan want it, and Din will have to reckon with the responsibility that holding the Darksaber traditionally brings: being the leader of Mandalore.

We’re expecting to see a lot more Mandalorians in general because all signs point to a possible trip to Mandalore, their home planet, this season. The footage also featured the Armorer (Emily Swallow) chastising Din for choosing to remove his helmet so that Grogu could finally see his face. (That would be the part of the Season 2 finale when we had something in our eyes. We definitely weren’t crying.) Later, Din says he’s going to Mandalore to be forgiven for his transgressions.

All in all, The Mandalorian Season 3 looks like it will be the best season yet, with a chance to learn more about the Mandalorians—and plenty of cuteness and Star Wars jokes from Baby Yoda.

Who will be in The Mandalorian Season 3?

Nearly all our favorite characters will be returning to our screens for The Mandalorian Season 3. These include Din, Bo-Katan and Greef Karga (Carl Weathers), who was featured in the teaser footage. Ahsoka Tano (Rosario Dawson) will also be back, but—and you can add this to your bank of Star Wars trivia—her character is set to star in her own spinoff. Ahsoka is due to hit Disney+ sometime in 2023.

Villainous fave Moff Gideon will also be back. In a 2021 interview with Metro, Esposito confirmed that we will see the imperial officer again, although in The Book of Boba Fett, we learned that he was in custody, so the circumstances surrounding his appearance are a mystery.

Meanwhile, there’s a chance that we might see Bill Burr’s Migs Mayfield on our screens again. The actor spoke to Screen Rant about his love for the character and the show, and though he didn’t—or couldn’t—confirm anything, he gave the impression that he would be happy to return.

There’s no confirmation on whether or not Luke Skywalker will be featured in Season 3, but rumors have been flying that Disney might recast the character. (Slotting into the Star Wars timeline after Return of the Jedi and years before The Force Awakens, this is a younger Luke, and Disney used CGI technology to de-age Hamill for the Season 2 finale.)

One person who will not be returning to The Mandalorian Season 3 is Cara Dune, played by Gina Carano. The actor was fired from her role after some controversial social media posts in February 2021.

The cast will see some new faces too—Christopher Lloyd has joined the cast in a yet-unknown role. Sounds like the sci-fi veteran will finally get to hit the skies without worrying about where to find that all-important 1.21 “jigowatts” of power.

Lastly, Grogu is guaranteed to return to the screen in all his adorable-puppet glory after his reunion with Mando. No doubt the little guy will get up to more mischief and high jinks in the third season of the cutest show on TV. To fill some time before then, cue up The Sandman for a fantasy with stunning visuals.

Will there be other seasons of The Mandalorian?

A lot of time has lapsed since the show’s second season ended, but fans should take heart. An interview with creator Jon Favreau at Star Wars Celebration 2022 revealed that we probably won’t have to wait as long for the fourth season once we’ve binged The Mandalorian Season 3. Speaking to Cinema Blend, Favreau confirmed that he was already writing Season 4. That means we may soon have more Star Wars filming locations to add to our must-see list.

With multiple spinoffs in the works—The Book of Boba Fett, Ahsoka and the forthcoming Skeleton Crew—the Mando extended universe is getting complicated, and the different writers have to make sure every plot point aligns. Hopefully that attention to detail won’t add too much more time to the writing process and a fourth season will premiere in 2024.

What other Star Wars series can you stream?

Disney+ may not be among the free streaming services, but the tradeoff is plenty of new Star Wars content. Since its launch, Star Wars fans have been spoiled for choice when it comes to TV shows. Eight live-action shows and several animated series planned or already available mean fans can travel to the farthest reaches of the galaxy (or “Galaxy’s Edge“) without ever leaving the couch.

To tide you over until The Mandalorian Season 3 drops, check out the other Star Wars series you can stream right now or in the near future (Andor premieres Sept. 21, 2022):

The Book of Boba Fett 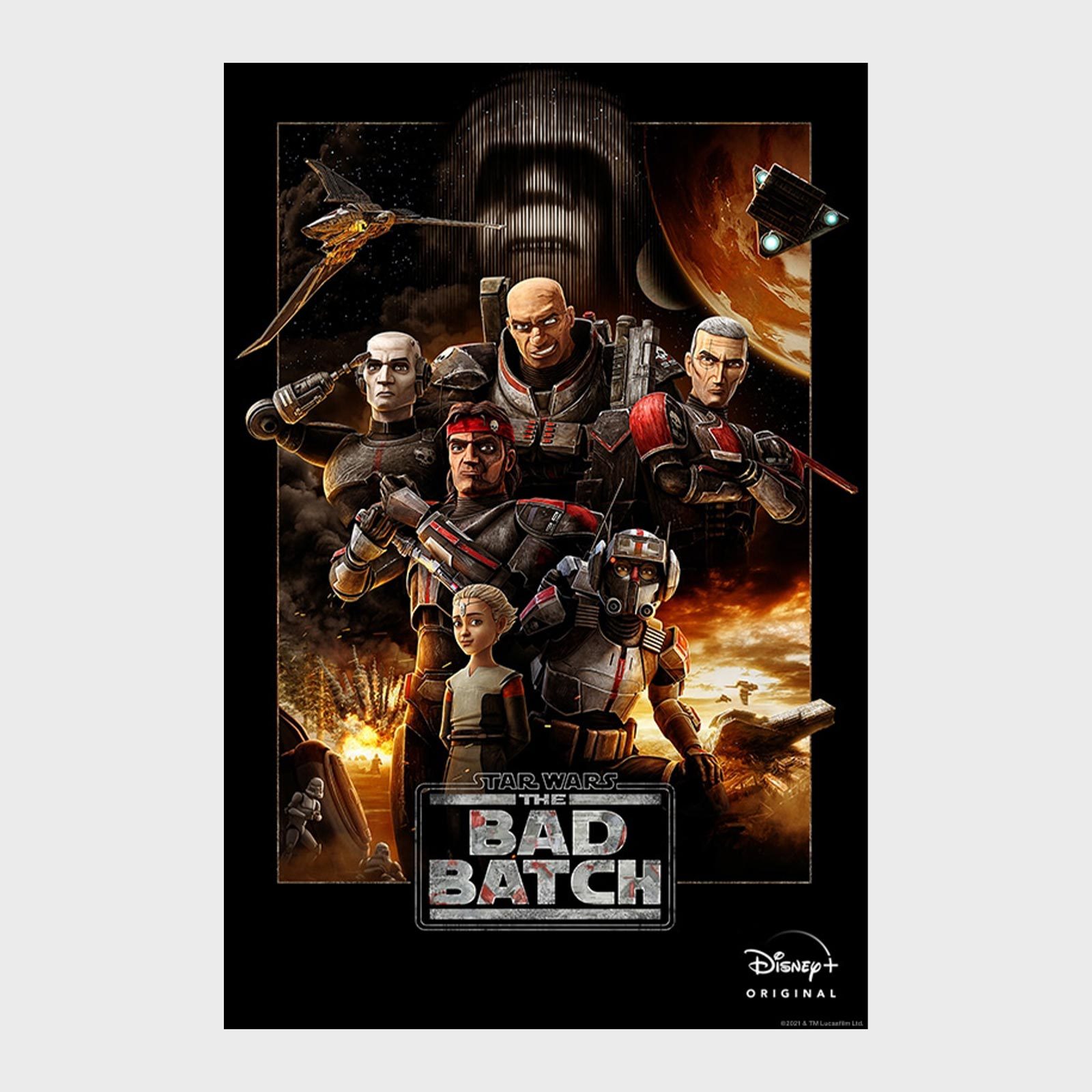 Chloë Nannestad
Chloë is a lifestyle writer covering crafts, holidays, beauty, and amazing products for RD.com. When she's not scouring the Internet or reading product reviews, she's planning her next backpacking trip and thinking about getting a dog.
Now Trending
What’s Ahead for Bridgerton in Season 2?
24 Best Enemies-to-Lovers Books for Romance Readers of All Types
Wheel of Fortune Season 40: The Show’s Iconic Puzzle Board Gets a Surprising Update