Here’s What to Expect from Season 3 of The Witcher

Monsters, warlocks and witches, oh my! We finally have a release date for The Witcher Season 3—and all the details you’ve been waiting for.

If you haven’t yet tuned in to The Witcher, it’s high time you did. Yes, Henry Cavill as the brooding, ageless monster hunter Geralt is the main draw for many fans, but he’s not the only reason you should watch. This Netflix fantasy series set in a medieval land called the Continent has a Lord of the Rings–meets–Game of Thrones vibe, with plenty of action and racy love scenes. Based on the fantasy books by Andrzej Sapkowski, the show is one of Netflix’s 10 most watched shows of all time, with viewers streaming 462.5 million hours of Season 2 and besting the most popular series on Hulu, Amazon Prime Video and Apple TV+. Fans have been anxiously awaiting The Witcher Season 3—and we finally have news about its release date.

So, what can we expect? Will the monarchs and beasts still come after Ciri—and will Geralt be able to keep her safe from her newest nemesis? And just how steamy will things get between Geralt and Yennefer? Read on for the inside scoop on when The Witcher Season 3 is coming out, who’s returning, which book it will follow and all the plot details we know so far.

When is The Witcher Season 3 coming out?

While fans were hoping the new season of The Witcher would drop sometime this fall or at least by December (a year after Season 2 came out), they’ll have to wait a little bit longer. At a Netflix global fan event in late September, Henry Cavill announced that Season 3 will premiere in summer 2023. Like some other recent shows, including Dead to Me Season 3, The Witcher has hit a few production snags over the past year. First, production was halted last July after a COVID outbreak on set, and then Henry Cavill was injured while filming an action sequence.

While “summer” is somewhat vague as a release date, we do know that filming has officially wrapped and editors are currently working their post-production magic. When the series does drop, Netflix will release all eight hour-long episodes at once, so you can get your Witcher fix in without further delay.

What will The Witcher Season 3 be about?

Before we delve into the details, let’s refresh your memory about Seasons 1 and 2. Spoilers ahead, so beware!

Season 1 revolves around Geralt of Rivia (Cavill) as he fights evil and protects Princess Ciri (Freya Allan) from those who want to harm her and steal her magic. In the process, he finds an ally in Yennefer (Anya Chalotra), a quarter-elf sorceress he also falls for. The climax of Season 2 centers on Ciri’s possession by the Deathless Mother, with Yennefer offering up her own body to the demon to free her. We also learn that Emhyr, the evil Nilfgaardian emperor who has come to kidnap Ciri, is actually Ciri’s father. He was long presumed dead, and now, it turns out he wants to marry and impregnate her (yes, you read that right), giving Geralt a nasty new foe to fight in the next season.

While a trailer for The Witcher Season 3 hasn’t been released yet, Netflix did release this official plot summary:

As monarchs, mages, and beasts of the Continent compete to capture her, Geralt takes Ciri of Cintra into hiding, determined to protect his newly reunited family against those who threaten to destroy it. Entrusted with Ciri’s magical training, Yennefer leads them to the protected fortress of Aretuza, where she hopes to discover more about the girl’s untapped powers; instead, they discover they’ve landed in a battlefield of political corruption, dark magic, and treachery. They must fight back, put everything on the line—or risk losing each other forever.

So, to sum it up: There will be plenty more action, death, destruction and love as the battles wage on.

Who will be in The Witcher Season 3 cast?

Henry Cavill, Freya Allan and Anya Chalotra are all confirmed to return, and showrunner Lauren Schmidt-Hissrich has said that Simon Callow (Codringher) and Lizz Carr (Fenn) would return for the third season as well.

You can also expect to see more of Bart Edwards as Ciri’s father. Other confirmed regulars include Joey Batey as Jaskier, MyAnna Buring as Tissaia de Vries, Tom Canton as Filavandrel aén Fidháil, Jeremy Crawford as Yarpen Zigrin, Eamon Farren as Cahir and Mahesh Jadu as Vilgefortz, to name just a few.

There will also be a few new faces to watch for. Netflix has announced that Shang Chi actress Meng’er Zhang will play Milva, a human who was adopted by dryads. The Flash‘s Robbie Amell is also joining as Gallatin, the leader of a guerrilla army fighting on behalf of Nilfgaard. Fleabag actor Hugh Skinner will appear as Radovid, King Vizimir’s younger brother, who’s described as a “royal playboy.” And last but not least, relative newcomer Christelle Elwin will play Mistle, a member of The Rats, a Robin Hood–esque gang of misfit teenagers.

How closely will The Witcher Season 3 follow the books?

About as closely as both Seasons 1 and 2 did, which means that Season 3 won’t follow the books too closely. Of course, that’s not unusual for book adaptations. In Season 1, the storylines were a time-hopping mash-up taken from the first two books, The Last Wish and Sword of Destiny. (Both were collections of short stories, by the way.) Season 2 more closely followed the first full-length novel in the series, Blood of Elves, and there have been reports that Season 3 will primarily follow the sequence of events from the fourth book, The Time of Contempt.

However, don’t expect it to stay completely faithful to the source material. For example, Season 3 will introduce new characters who aren’t in the books, including Amell’s Gallatin. The showrunner and writers also took similar liberties with the first two seasons, which some fans embraced … and some rejected. In fact, a number of viewers were so upset that the storyline strayed from the book for Season 2—namely, by killing off the witch hunter Eskel, who plays a much larger role in the books—that they bombed Rotten Tomatoes with negative reviews. That said, those angry tirades obviously didn’t affect viewership! 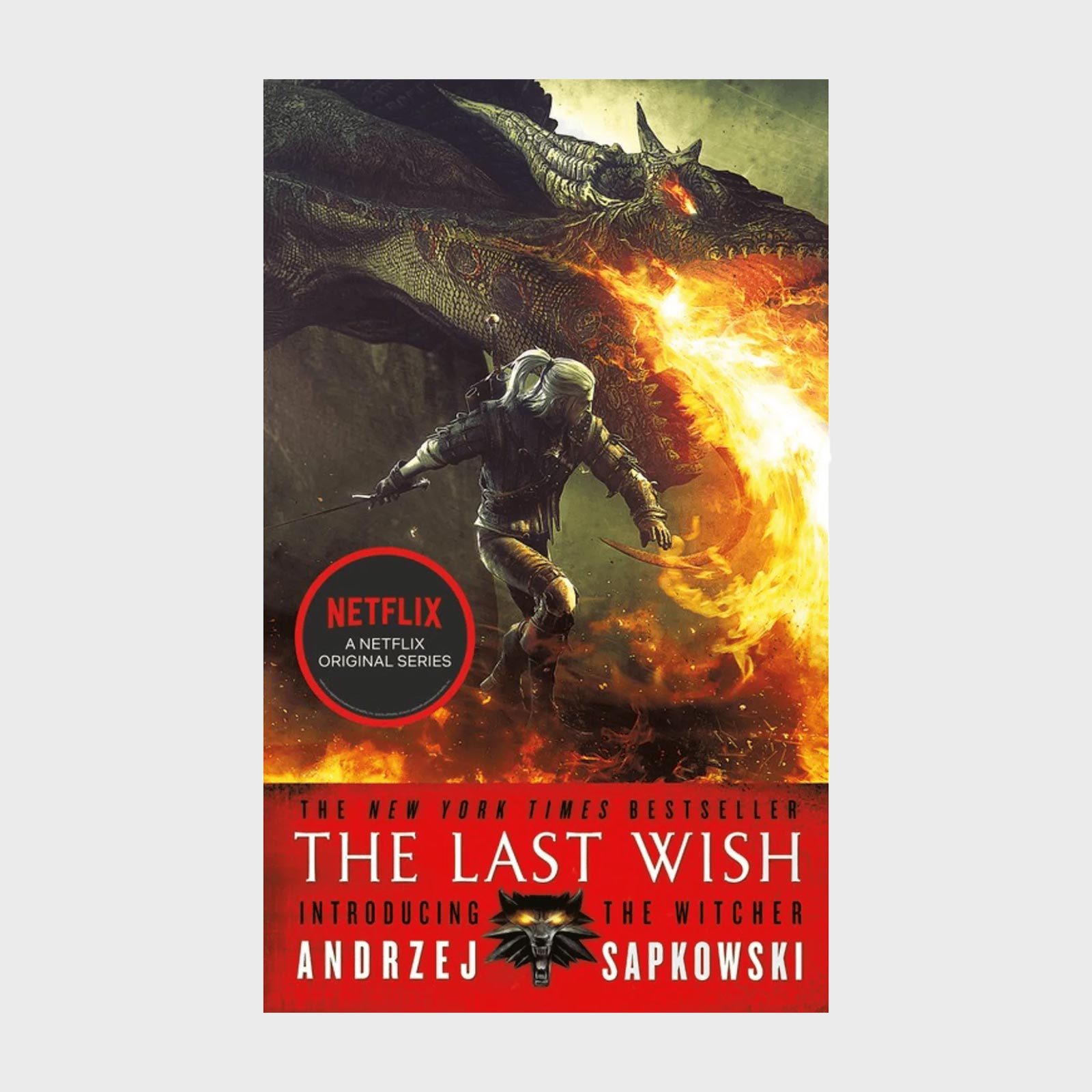 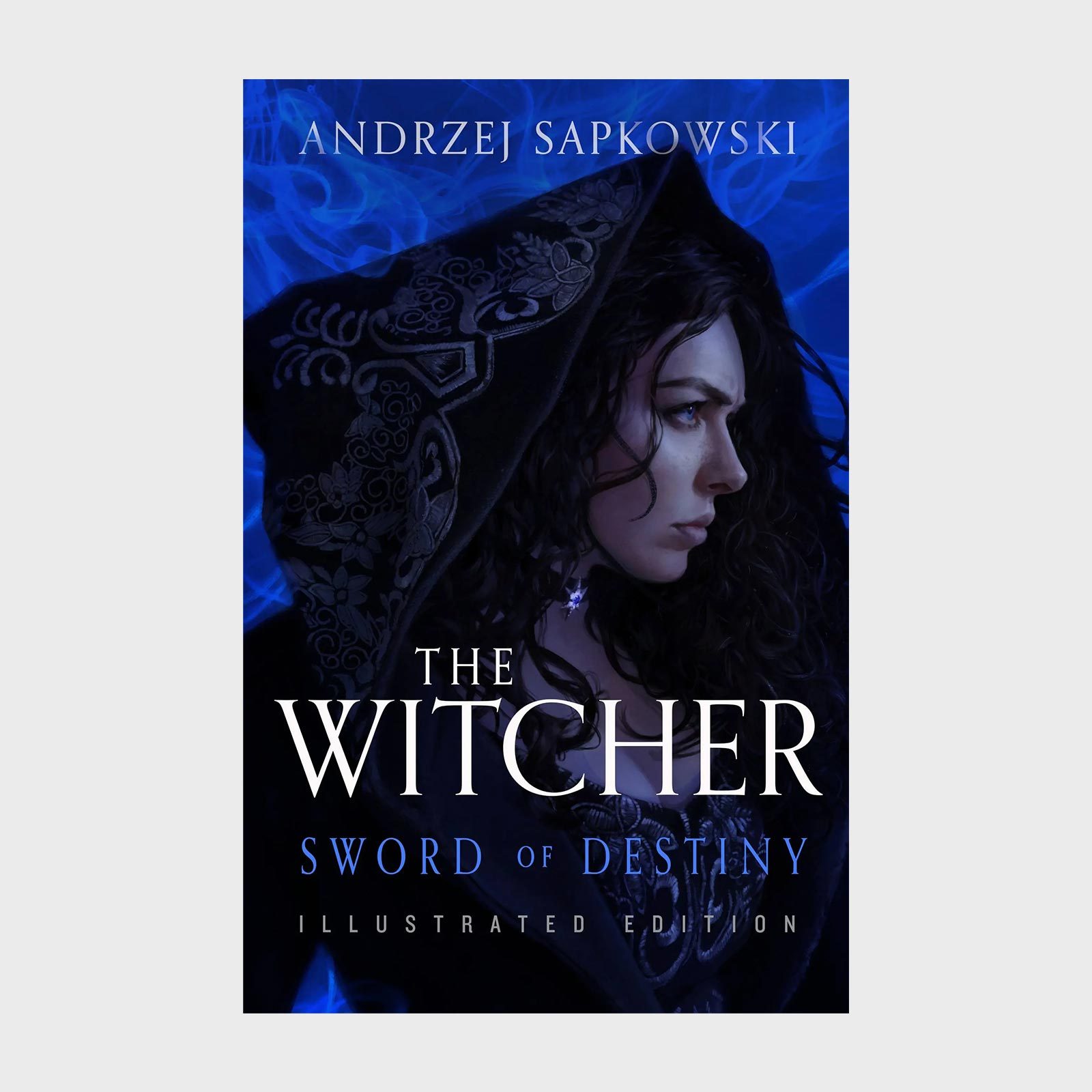 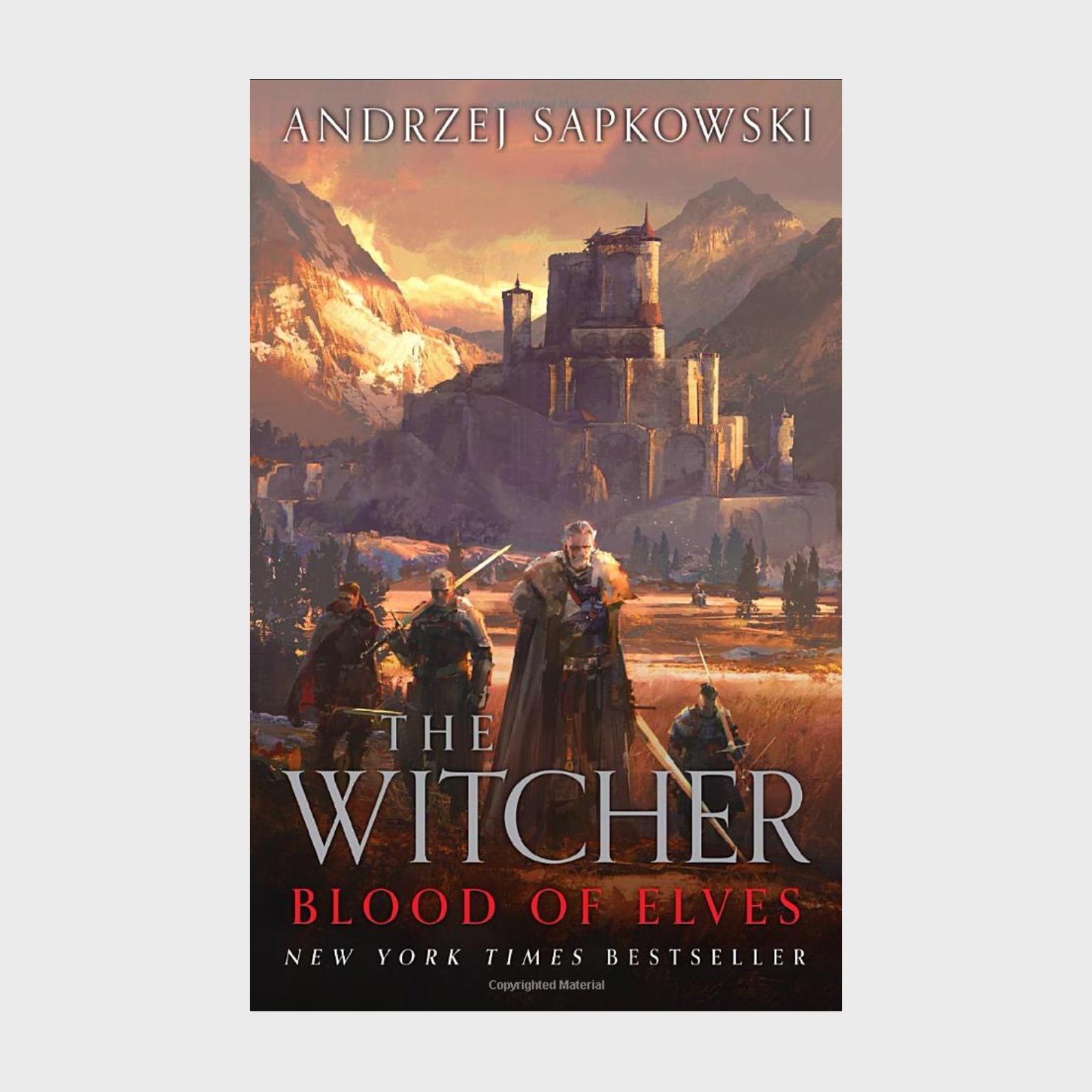 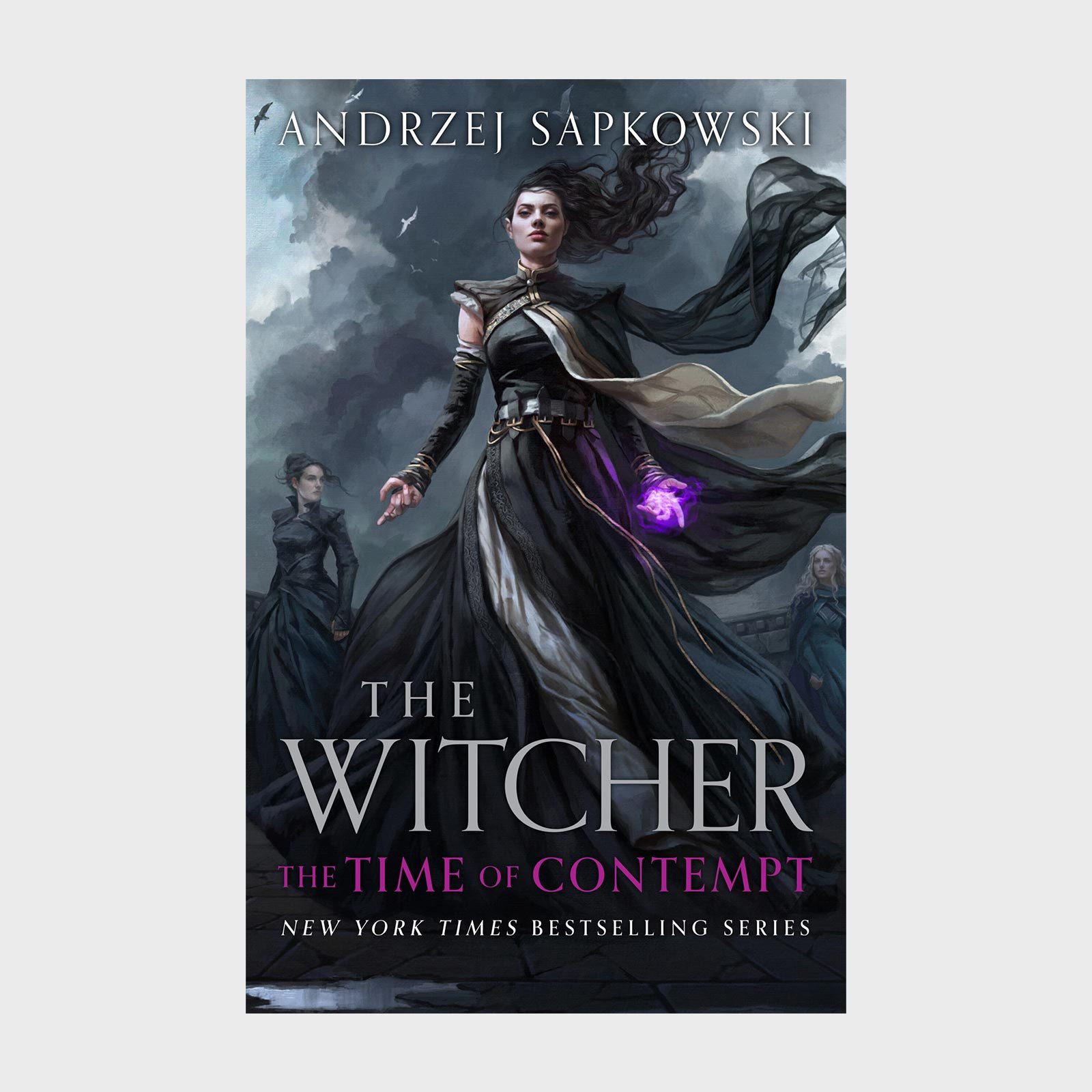 Book 4: The Time of Contempt

Need a fantasy fix sooner rather than later? We’ve got you covered.

His Dark Materials is similar to The Witcher in that it’s a fantasy saga based on a trilogy of books. (FYI, the final season will be released this December on HBO Max TV, so catch up now!) The story follows a young girl named Lyra, who is destined to change the world by freeing it from the evil Magisterium, a ruling authority that tries to repress people’s ties to magic. Like The Witcher, it’s full of brutal demon battles … but it isn’t anywhere near as racy.

As noted earlier, the HBO saga Game of Thrones has a similar theme of good versus evil. But in Game of Thrones, it’s sometimes hard to know who to root for, whereas Geralt is the clear hero in The Witcher. Based on the fantasy books by George R.R. Martin, Game of Thrones also takes place in a medieval world, and there are plenty of mega battles. Plus, our brooding hero Geralt, tasked with saving the world from dark magic, isn’t all that different from GOT’s Jon Snow and his quest against the White Walkers.

Shadow and Bone might be closest to The Witcher in plot: This YA fantasy series, based on the books by Leigh Bardugo, follows a girl named Alina, who turns out to have extraordinary powers. Like Ciri, her powers could be the key to setting her homeland free from a dark entity called the Fold. And just like The Witcher, a third season is also in the works.

For more opportunities to Netflix and chill, check out The Crown Season 5 and Virgin River Season 5.

Classic Shows to Watch on Netflix

Books to Read Based on TV Shows

Gillian Telling
Gillian Telling is a New York-based entertainment journalist who, for the past 15 years, has covered the entire spectrum of pop culture as a writer and editor for publications like Rolling Stone, Entertainment Weekly, and People. She's interviewed hundreds of celebrities throughout her career, ranging from Alex Trebek to Jennifer Lawrence, and prides herself on being the first person to ever declare that Schitt's Creek was an amazing new show. (Five years before everyone else caught on!) She's also a published author, whose 2010 humor book Dirty Girls was optioned by ABC in 2012.
Now Trending
9 Things You Should Do If You’ve Just Been Laid Off
21 Sad Christmas Songs for When You’re Feeling the Holiday Blues
32 Funny ‘Cheers’ Quotes That’ll Have You Doubled Over Laughing