Turns out turkey, football, and the Macy's Thanksgiving Day Parade are only a few of the Thanksgiving traditions that have been around for the better part of a century. 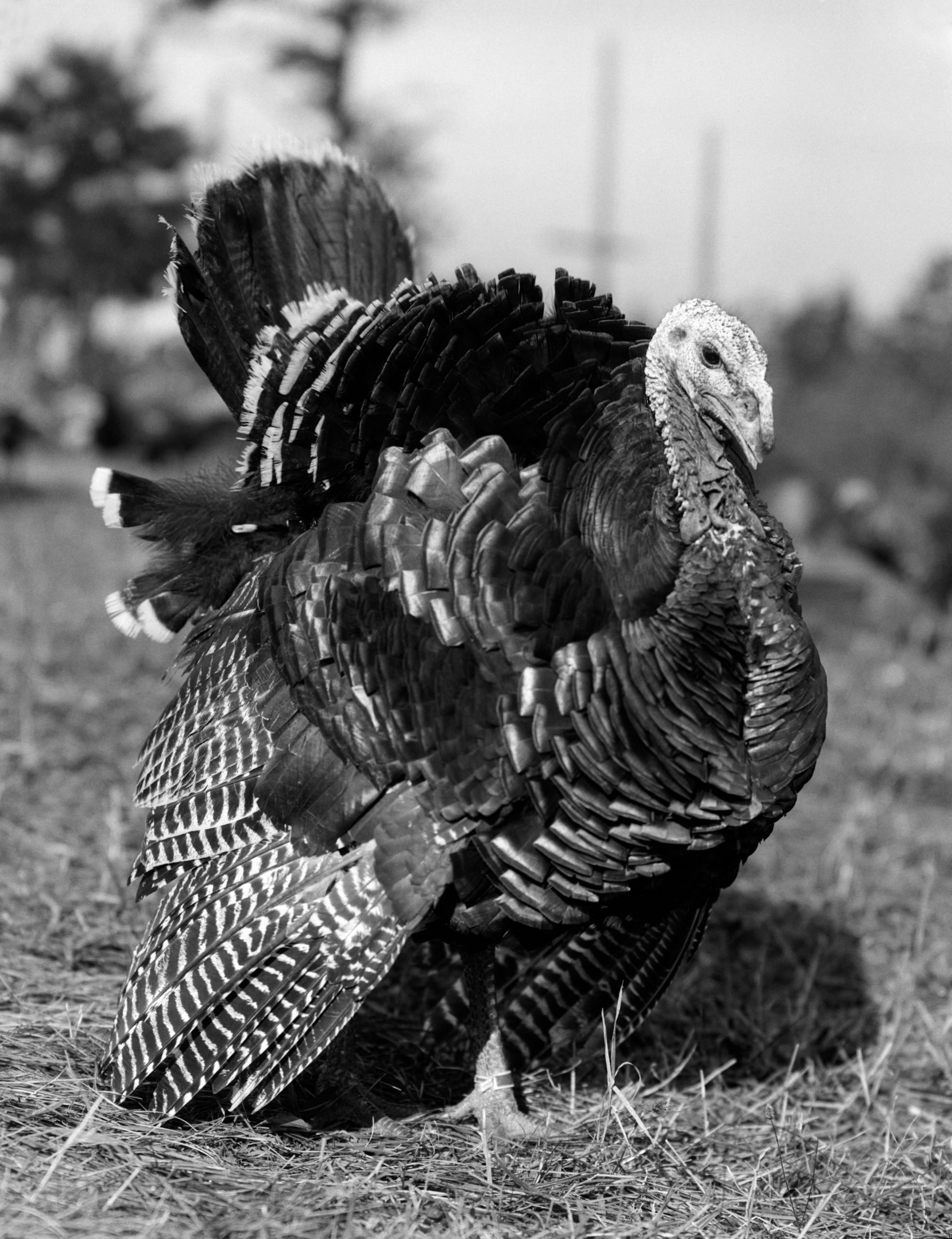 As we wind toward Thanksgiving at the tail end of a year scarred by the worst pandemic the world has seen in a century, it’s tempting to wax nostalgic for the good ole days, when things were “simpler.” But were they really…“simpler”? Take a look at these photos that paint a picture of what Thanksgiving was like 100 years ago, then decide for yourself. But first, you might want to consider that many things you always believed to be true about Turkey Day, including these Thanksgiving “facts,” aren’t true at all. 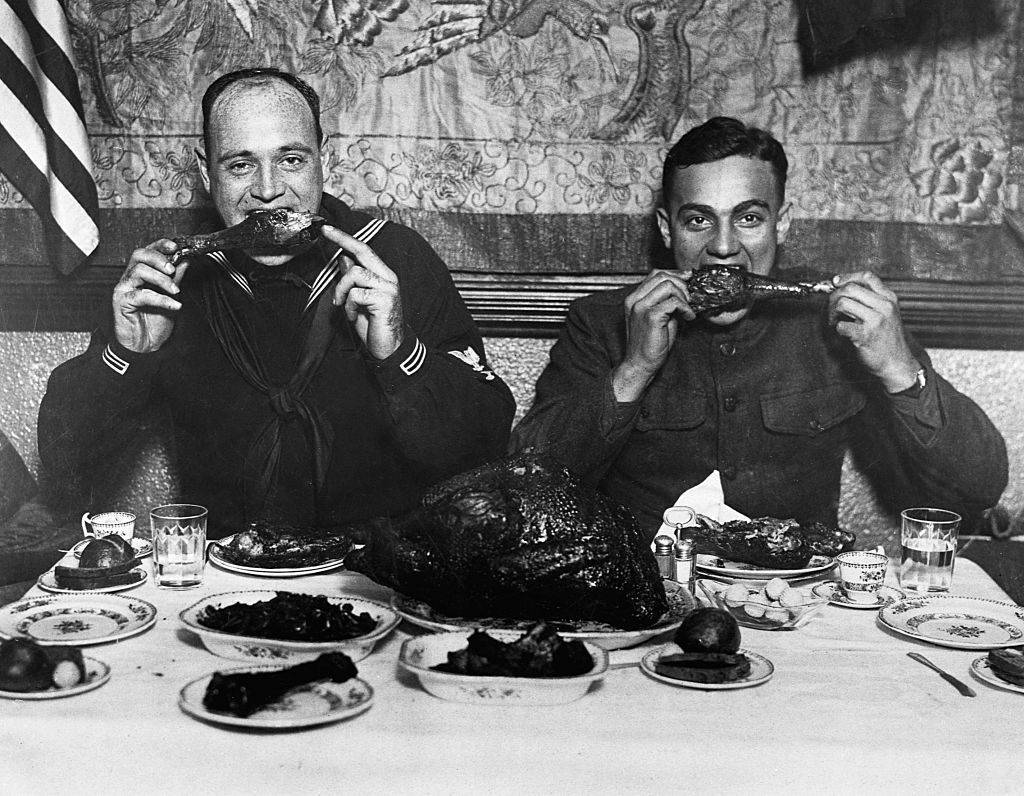 World War I was still a recent memory

World War I, called the “war to end all wars” at the time, ended on November 11, 1918, when Germany signed a ceasefire agreement with the Allied forces. The servicemen shown here were among the many hosted in New York City on Thanksgiving 1918 in a show of care and appreciation. Reaching out to members of the Armed Services remains an important Thanksgiving tradition today. 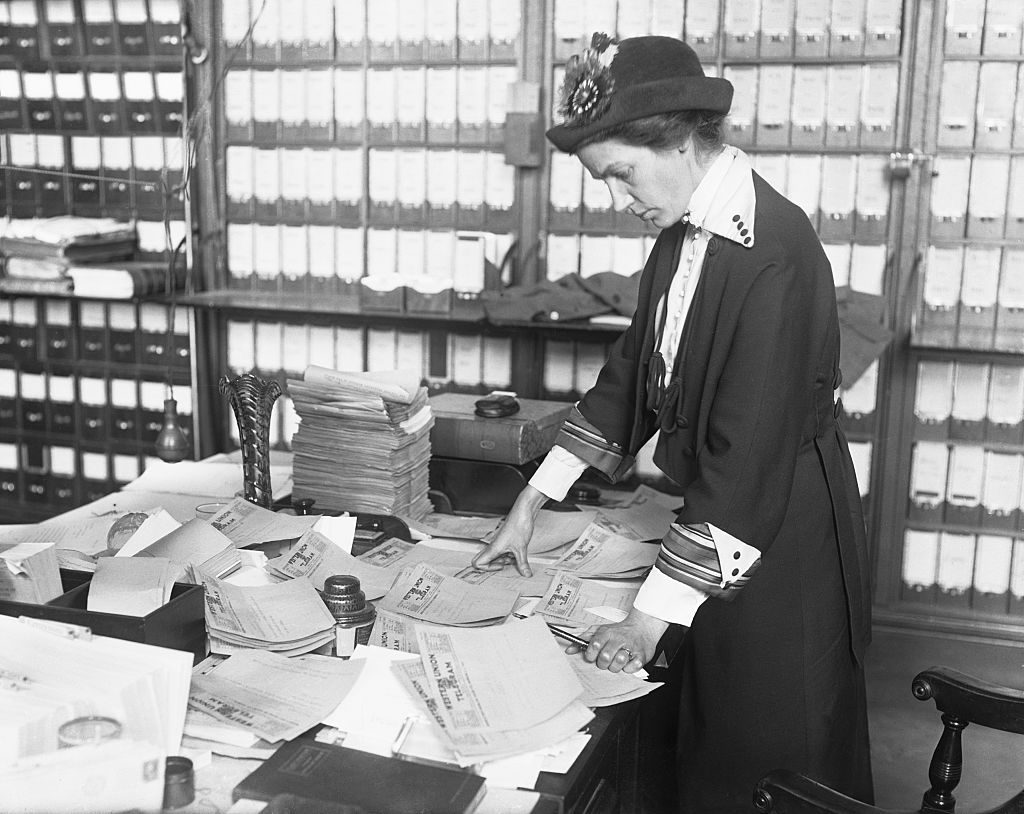 Even before they won the right to vote, women made themselves heard

In this photo from Thanksgiving Day 1915, telegrams that had been sent to President Woodrow Wilson from women’s groups all over the country are sorted by a member of the Executive Board of the Women’s Peace Party (WPP). The WPP was founded in January of that year in response to the start of World War I in 1914. The telegrams urged for, among other things, a limitation on arms, mediation in the European conflict, and economic changes intended to address some of the pressures that led to the war. Women would finally win the right to vote in April 1920 and would vote in their first presidential election in November 1920. 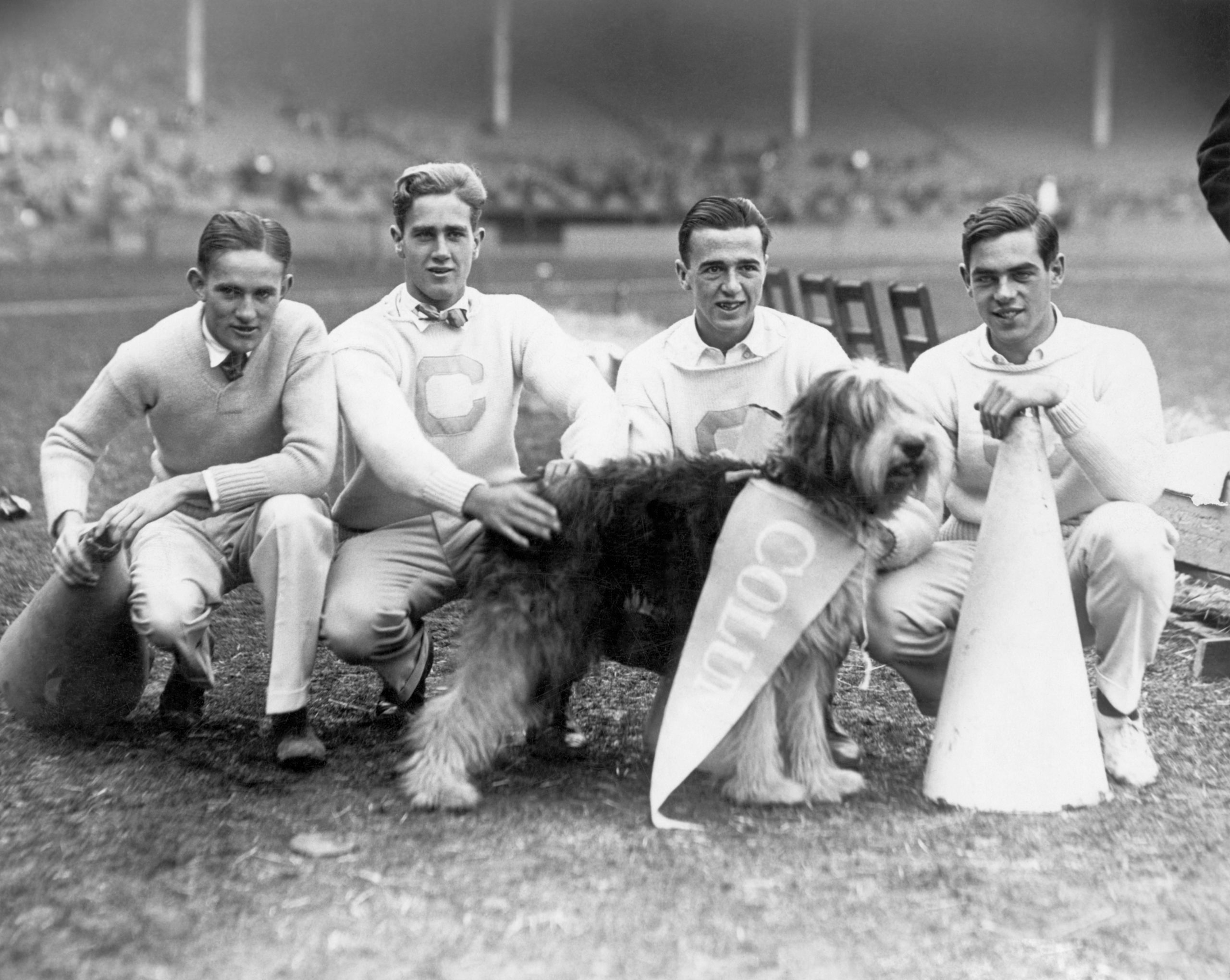 Much like today, watching a game of pigskin was a popular Thanksgiving event—though, of course, 100 years ago games weren’t televised. On Thanksgiving Day in 1924, despite the cheers from their cheerleading squad, Columbia University’s football team lost to Syracuse University at home by a score of 9-6. The Thanksgiving tradition of watching football, in fact, dates all the way back to the 19th century. 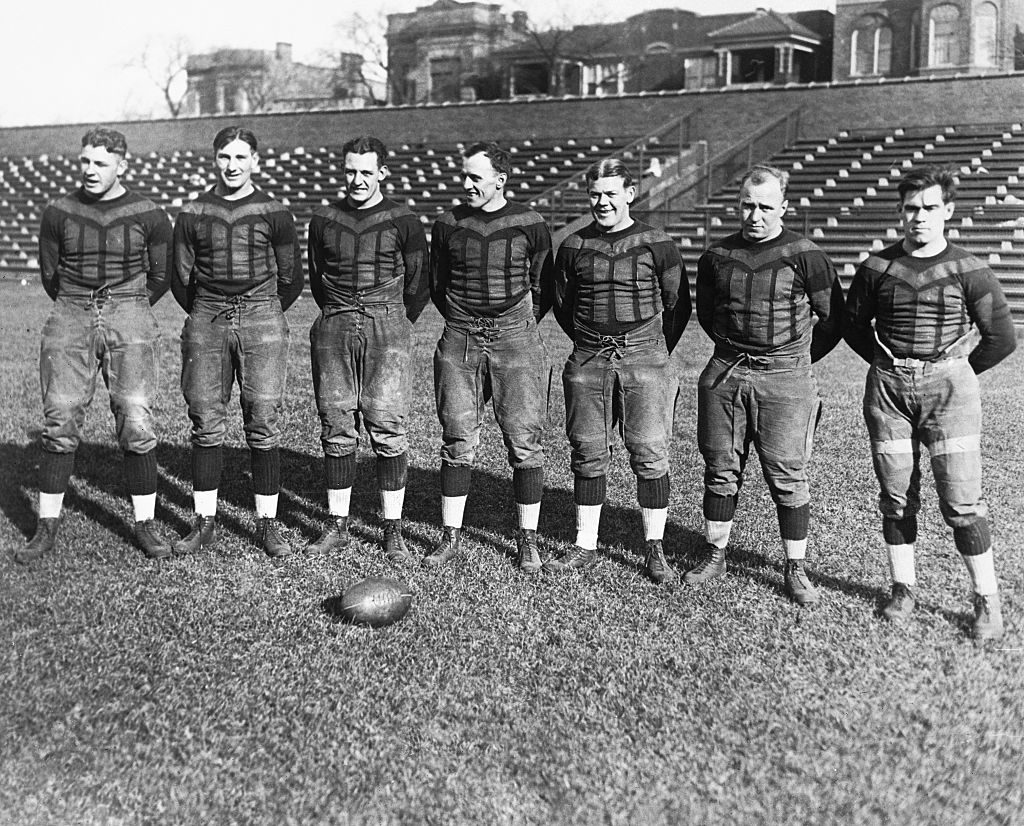 Pro football games were played, too

The American Professional Football Association (which would later become the NFL), founded in 1920, brought pro football into the Thanksgiving limelight. In this photo taken on Thanksgiving Day 1925, we see the backfield of the Chicago Bears, including Red Grange, third from left, who was making his pro football debut and remained with the Bears throughout his entire career as a player, which ended in 1934. The Bears tied the Chicago Cardinals 0-0 in the game. 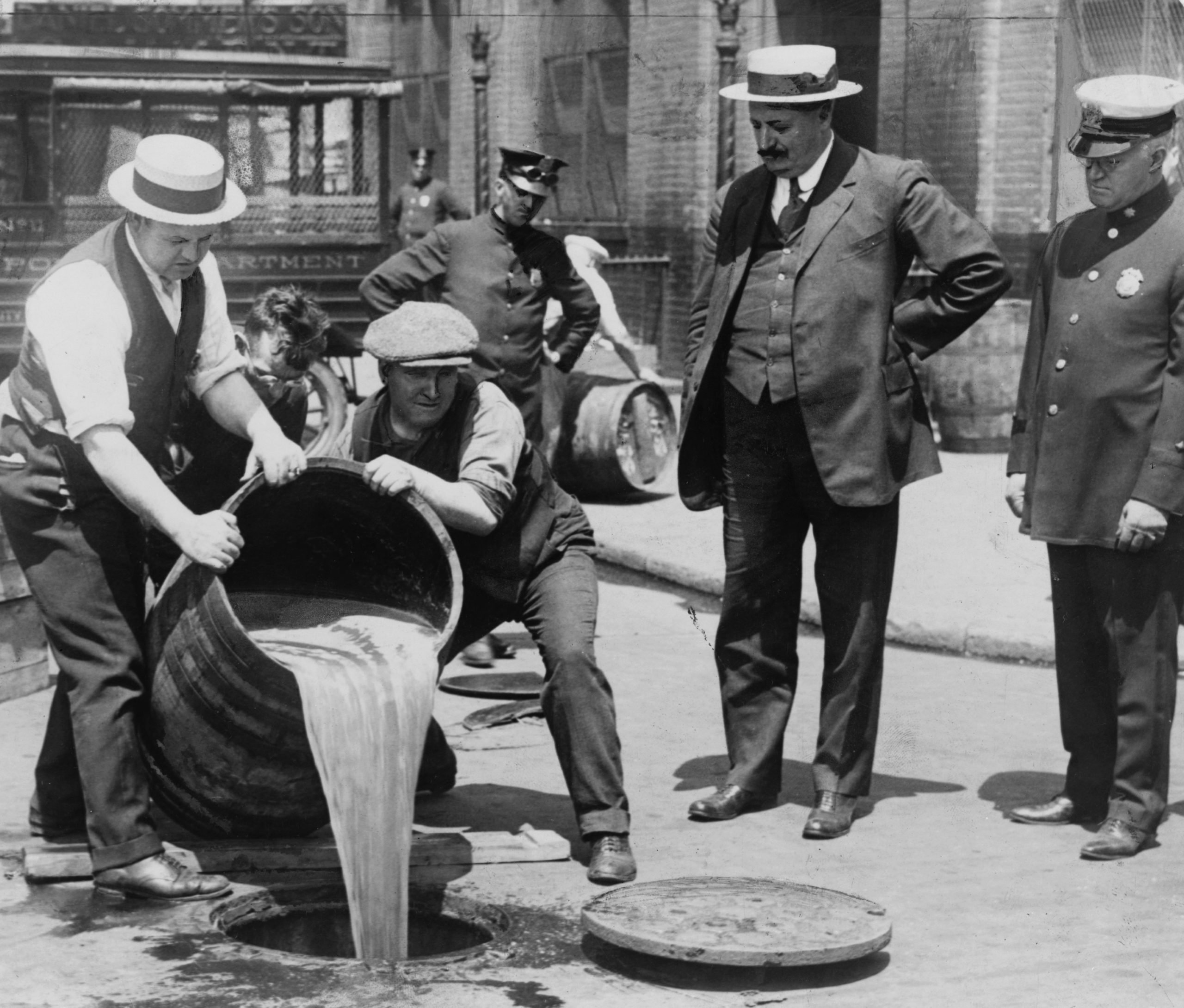 Forget about wine with dinner…

Imagine facing the prospect of Thanksgiving dinner with your entire extended family without the option of a nice glass of wine to calm your nerves! Welcome to Thanksgiving during Prohibition. Prohibition, also known as the 18th Amendment, banned the sale of “intoxicating liquors.” It went into effect on January 26, 1920. This photo shows workers dumping barrels of liquor into the New York City sewers while police keep watch. Prohibition was repealed by the 21st Amendment in 1933. While alcohol is now legal (with certain restrictions), these 50 things are still banned in the United States. 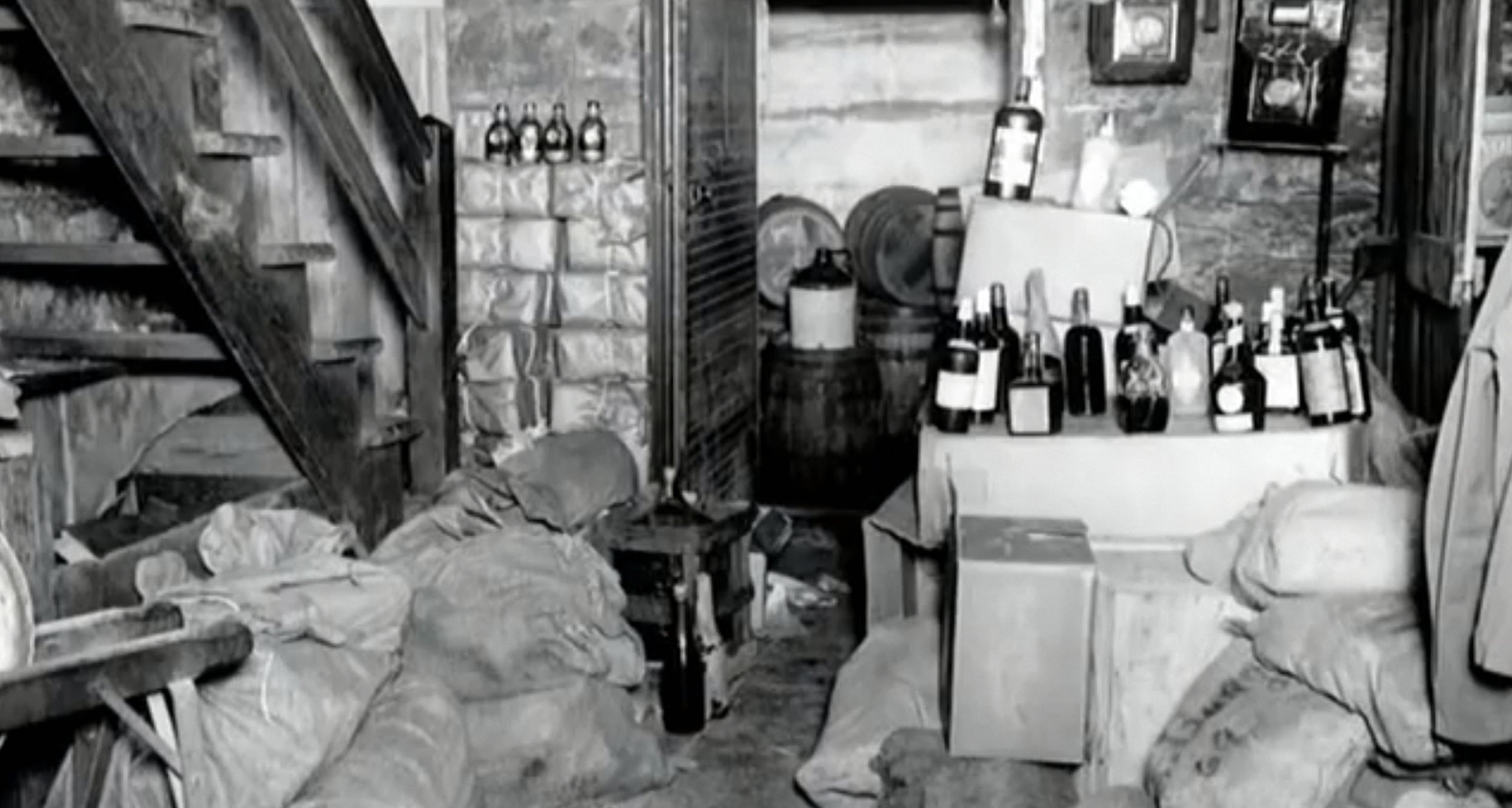 …but you could take your chances on moonshine

Instead of improving the quality of American life, Prohibition merely drove the liquor trade underground, putting it in the hands of big-time criminals such as Al Capone, as well as regular Joes who thought it prudent to make, and sometimes even sell, their own. However, one of the most serious problems with homemade booze is evident in this photo, which offers a window into basement moonshine manufacturing during the 1920s. It’s not a pretty picture, especially when you consider that by the end of Prohibition, more than 10,000 Americans had died as a result of drinking tainted moonshine—which was one of 12 crazy conspiracy theories that turned out to be true. 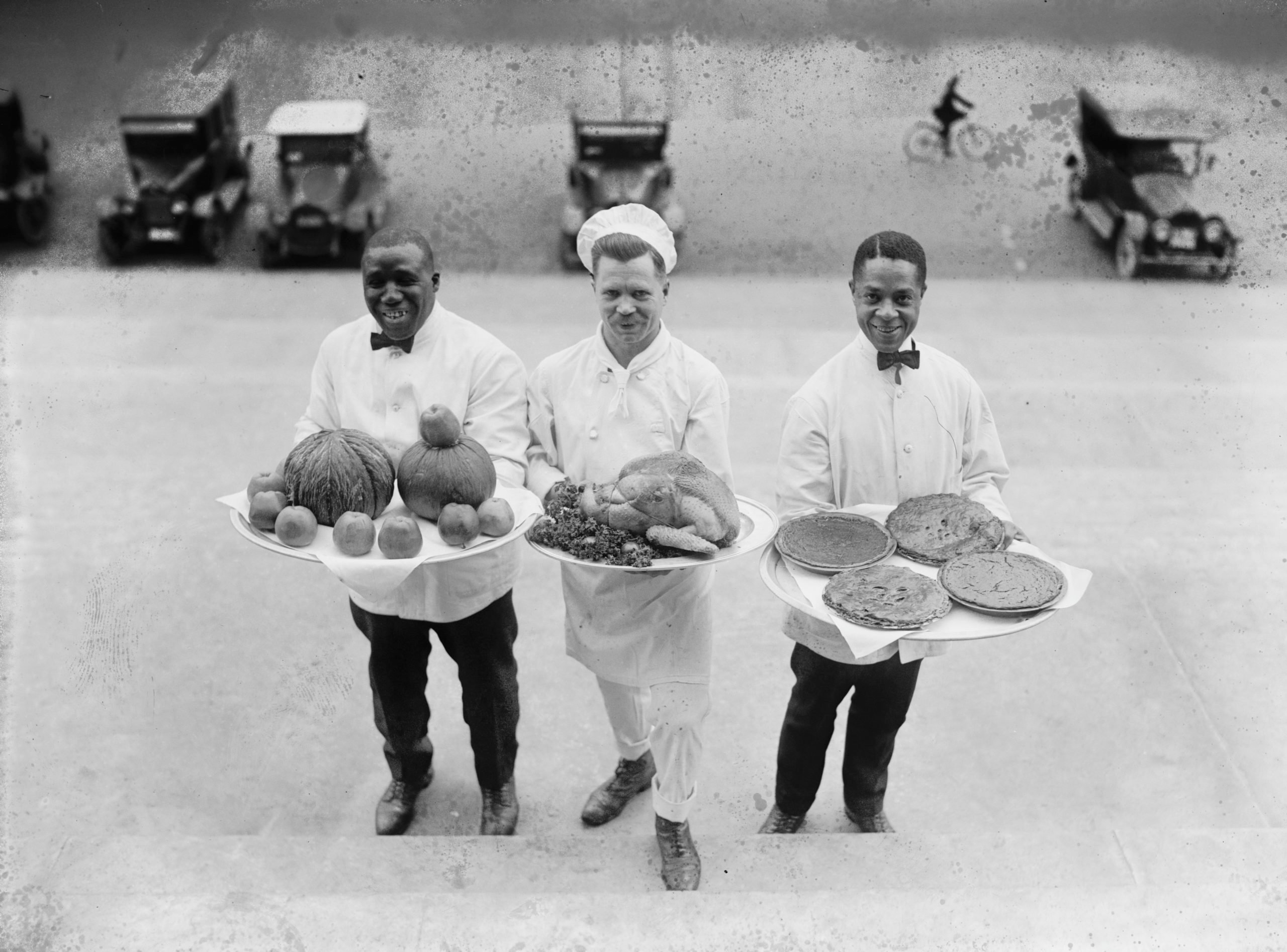 Overabundance is a running theme

It’s Thanksgiving tradition to overeat on Turkey Day, and by the looks of it, that started at least 100 years ago. These anonymous chefs hold up a fall bounty of gourds, turkey, and pies on silver platters. Did you know this is the absolute worst day to go grocery shopping for Thanksgiving? 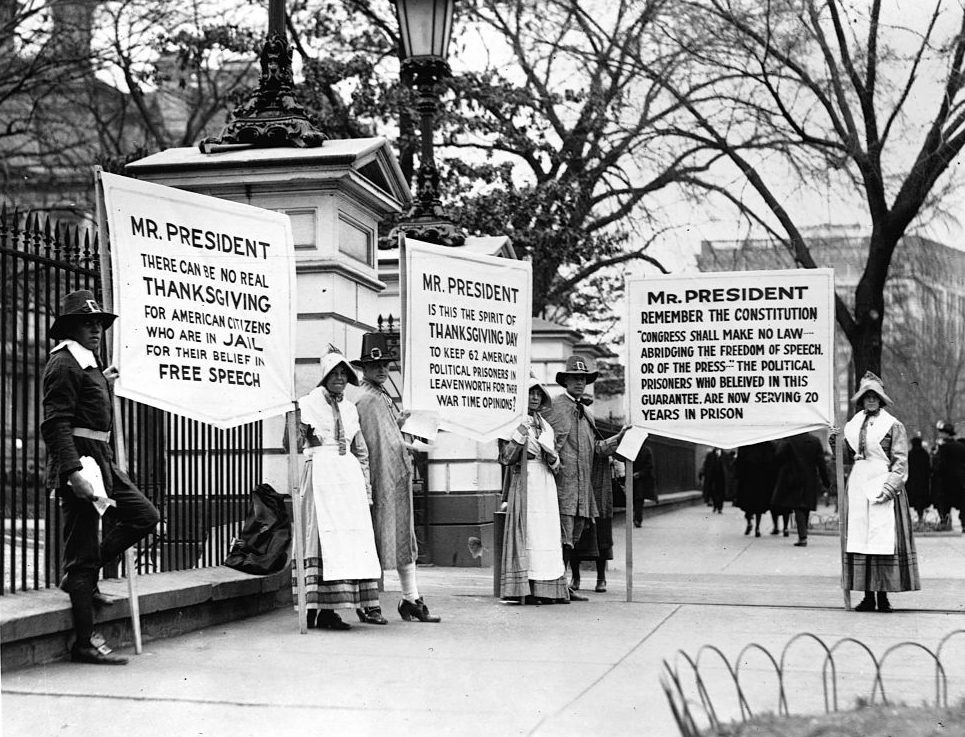 Political demonstrations didn’t take the day off for Thanksgiving

While it might seem like 2020 has had more political protests than recent years, there is nothing new about political protests, as Americans living 100 years ago were well aware. In this photo, demonstrators dressed as pilgrims march in protest outside the White House on Thanksgiving 1919, carrying signs demanding justice for those imprisoned for having voiced opinions that were deemed “treasonous.” Don’t miss these 12 iconic images of protests throughout the years. 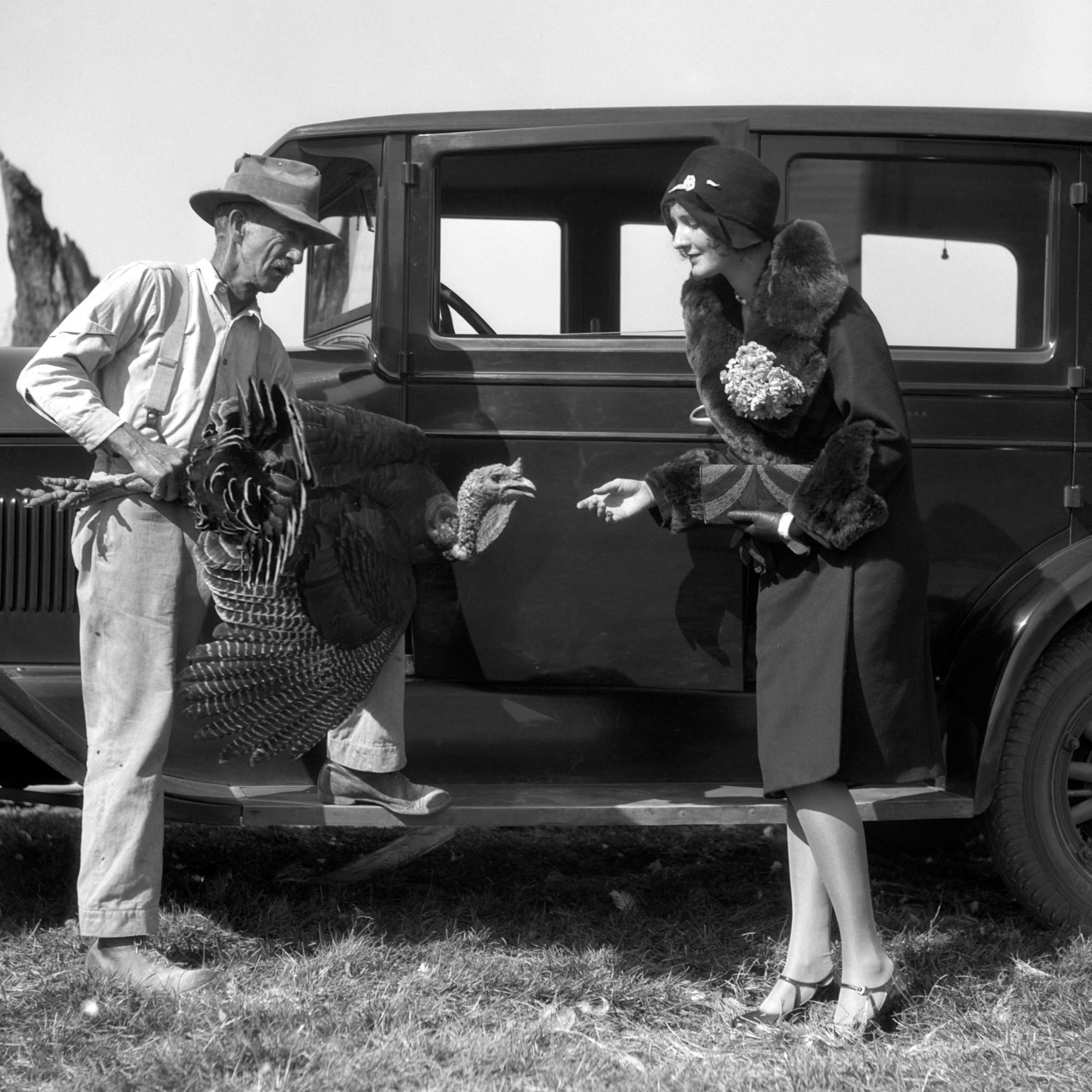 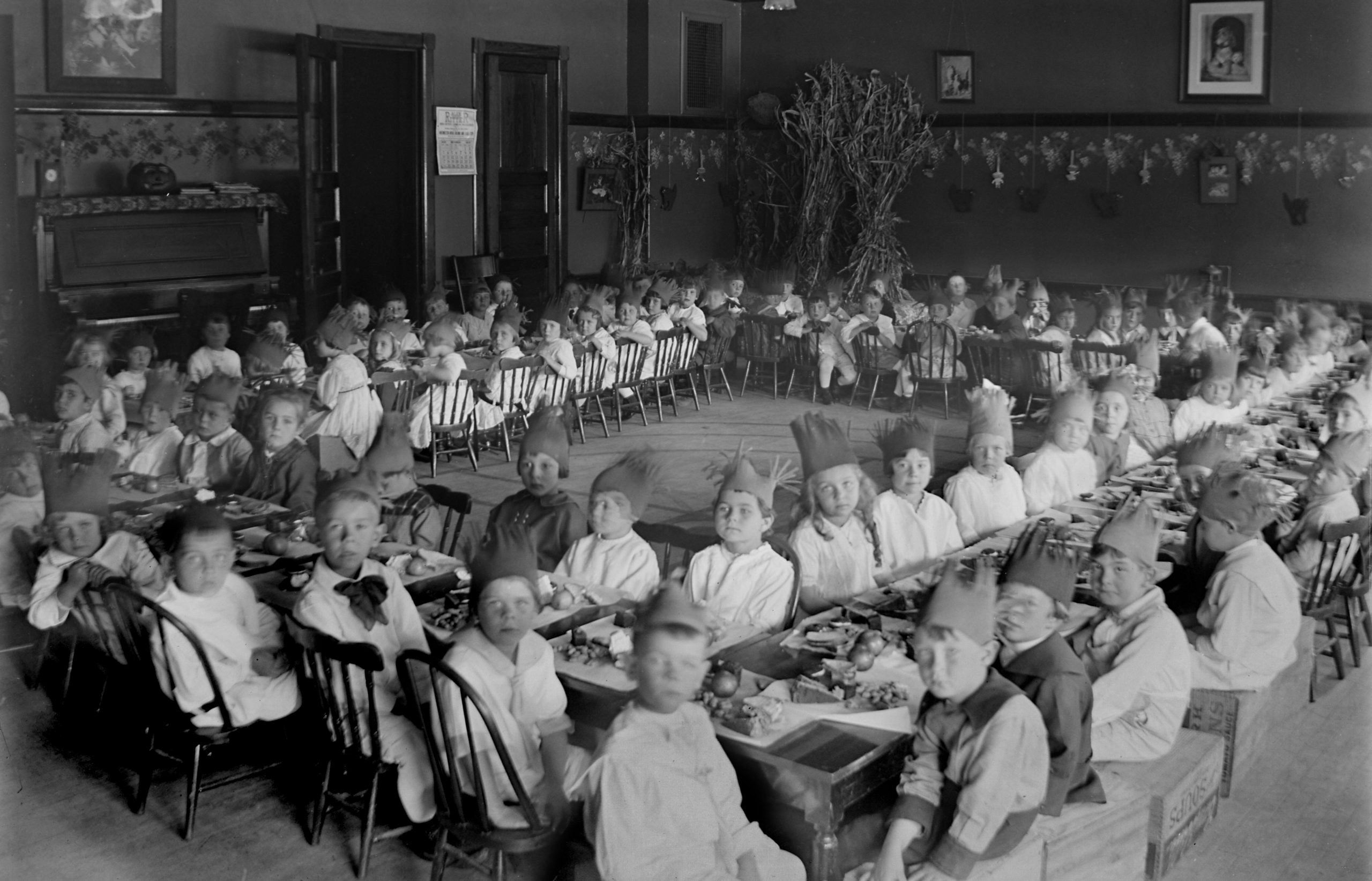 It was celebrated at school

Much like today, Thanksgiving was celebrated in elementary schools. This photo of primary school children seated together for what appears to be an abundant Thanksgiving-themed meal dates back to around 1910. This is more of what school looked like 100 years ago. 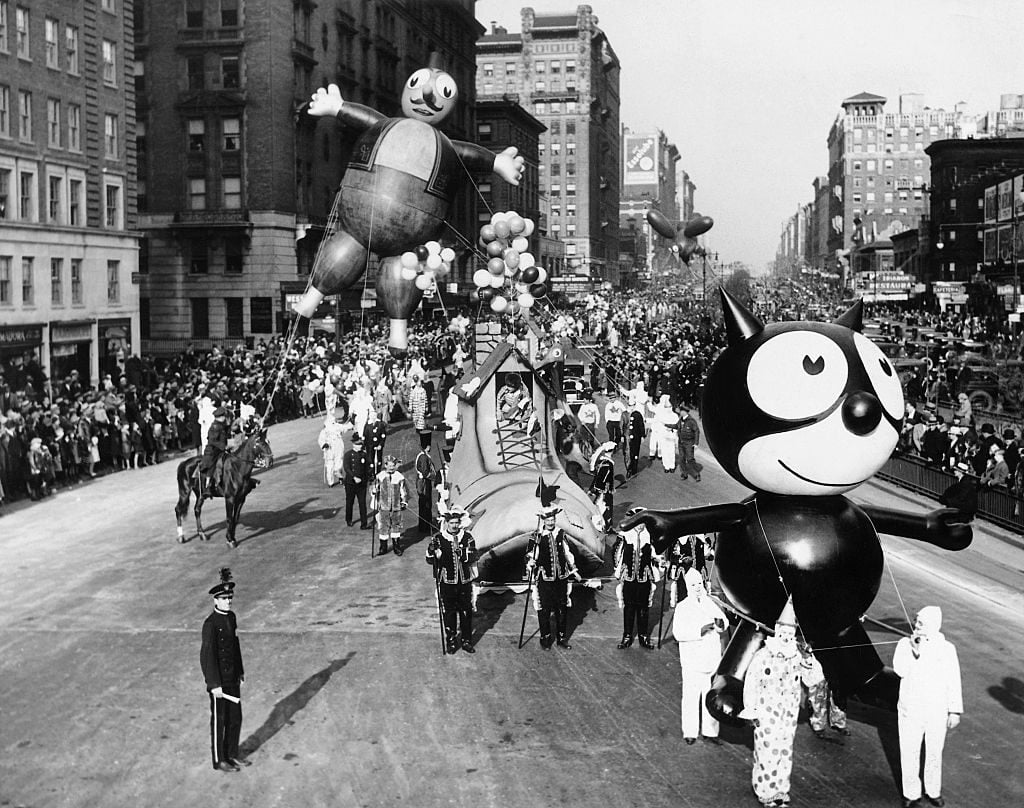 The first Macy’s Thanksgiving Day Parade was held on November 27, 1924. Its newspaper ads promised a “marathon of mirth,” which was delivered over a six-mile course in the form of nursery rhyme–themed floats; a menagerie of zoo animals such as camels, bears, and monkeys; and, finally, Santa Claus bringing up the rear. In 1927, Felix the Cat, pictured here, made his debut as the first-ever trademarked character balloon. Many more have followed and the live animals are now a thing of the past. What hasn’t changed? Santa Claus remains the main star. If you love this, you’ll also want to check out these vintage photos of the Macy’s Thanksgiving Day Parade. 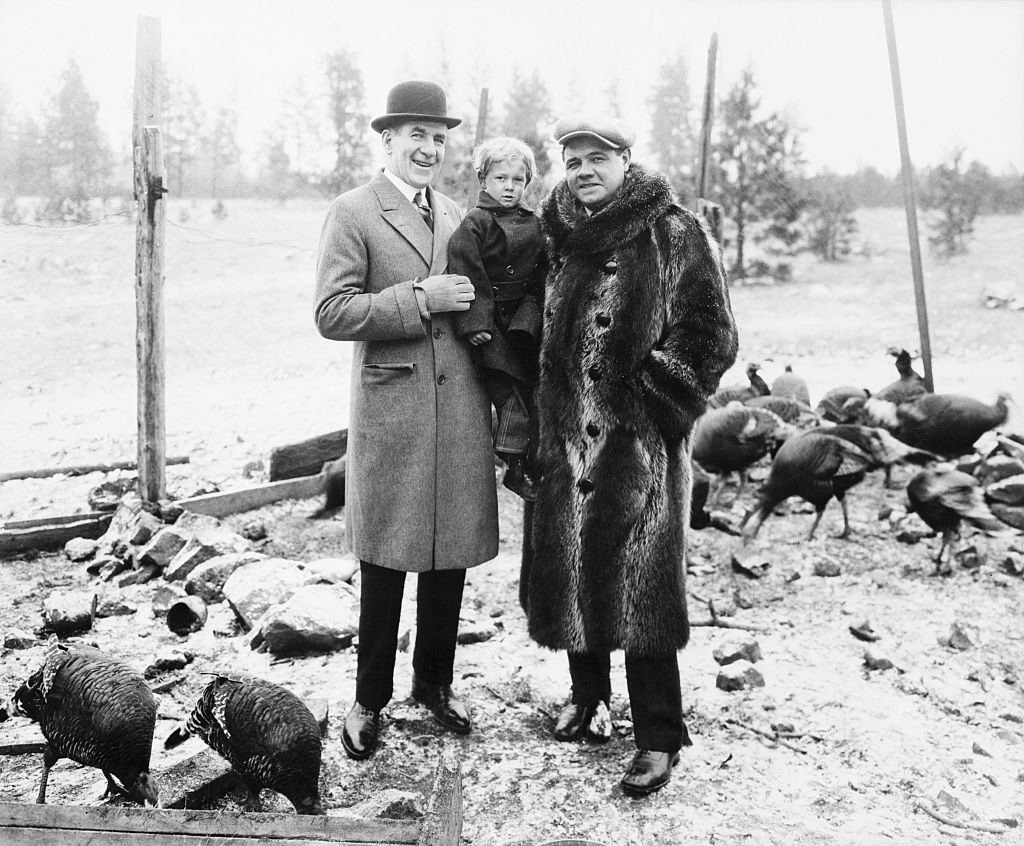 In 1926, baseball legend Babe Ruth and heavyweight champion James J. Corbett pose with a young orphan at the Davenport Hotel turkey farm in Spokane, Washington. After the photo, Ruth reportedly slaughtered enough turkeys to feed the little boy’s entire orphanage. Next, see what Christmas looked like 100 years ago.