With the Christmas season upon us, this is the perfect time to rank the top 20 Christmas songs of all time. See if you agree!

Christmas music has evolved over time and the tunes are as popular as the holiday itself. Check out these Christmas songs to get you in the festive spirit. Think you know Christmas carols? This is the oldest Christmas carol that you may not know. 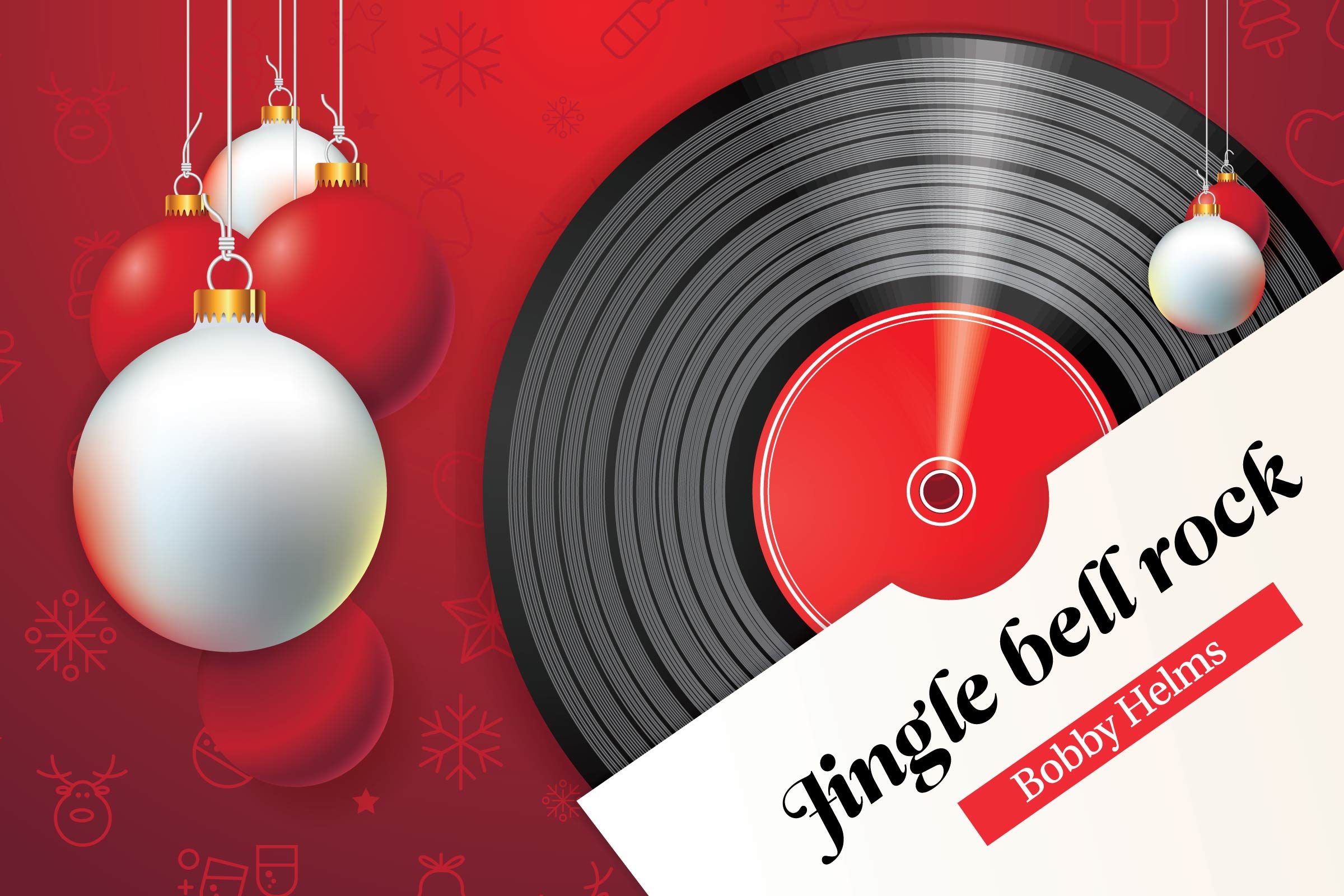 This one turns up regularly in Christmas movies—and if you need to get in the spirit, there’s nothing like Christmas movies filled with the best Christmas songs ever! First released by Bobby Helms in 1957, “Jingle Bell Rock” peaked at #29 on the U.S. Billboard Hot 100. It was a play on the holiday standard “Jingle Bells” and the hit song “Rock Around The Clock,” released a few years earlier in 1954. Over the years, the Christmas song gained massive popularity after appearing in hit movies, such as Jingle All The Way, Lethal Weapon, and Mean Girls. Check out the best Christmas movies for kids to get you in the holiday spirit. 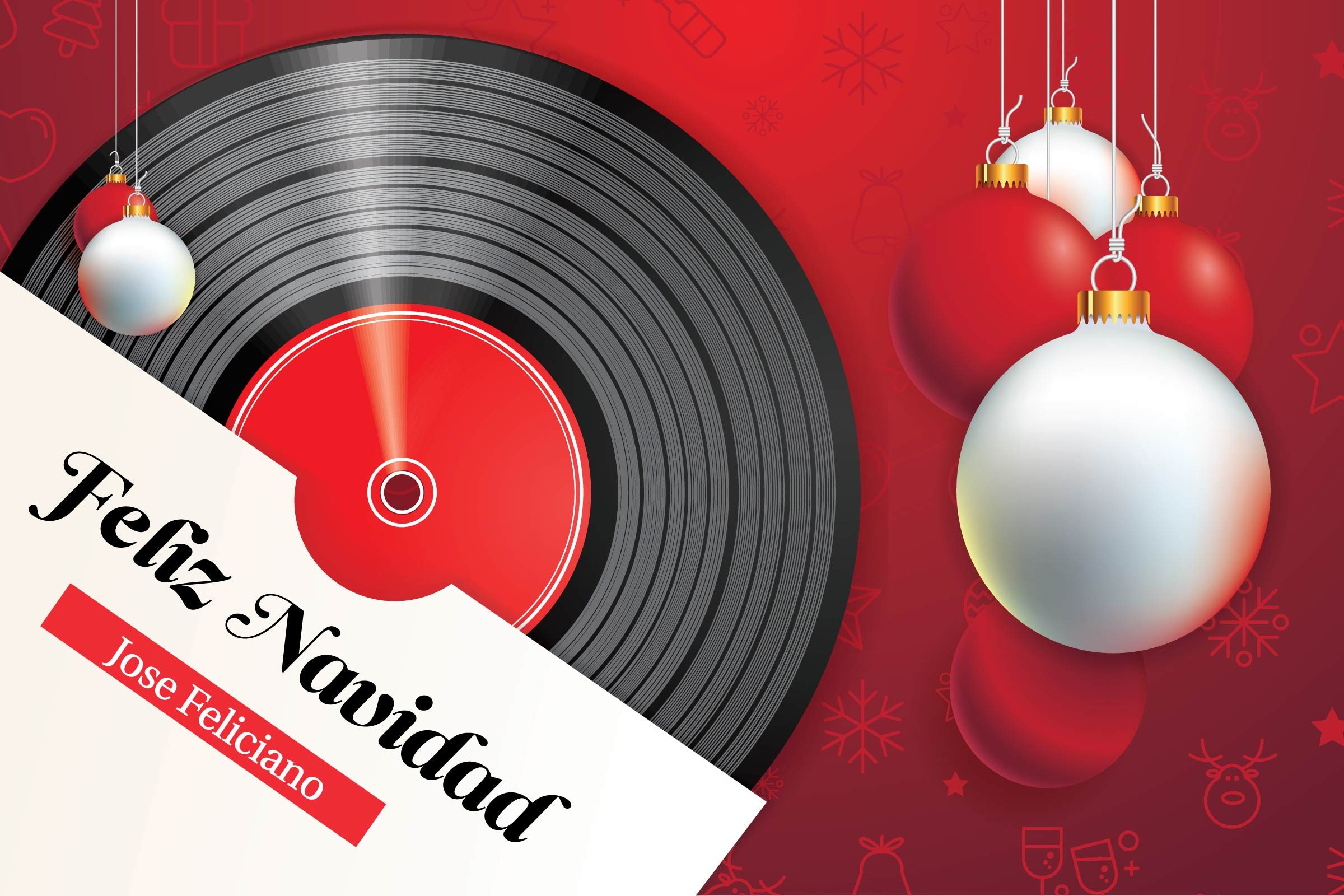 Although the song was recorded in 1970, “Feliz Navidad” slowly gained popularity in the decades since. Believe it or not, the Christmas song didn’t chart on the U.S. Billboard Hot 100 until 1998. It was also covered by a number of top artists, such as Garth Brooks, Michael Bublé, and David Hasselhoff. You may know what “Feliz Navidad” means, but do you know what “Auld Lang Syne” means? 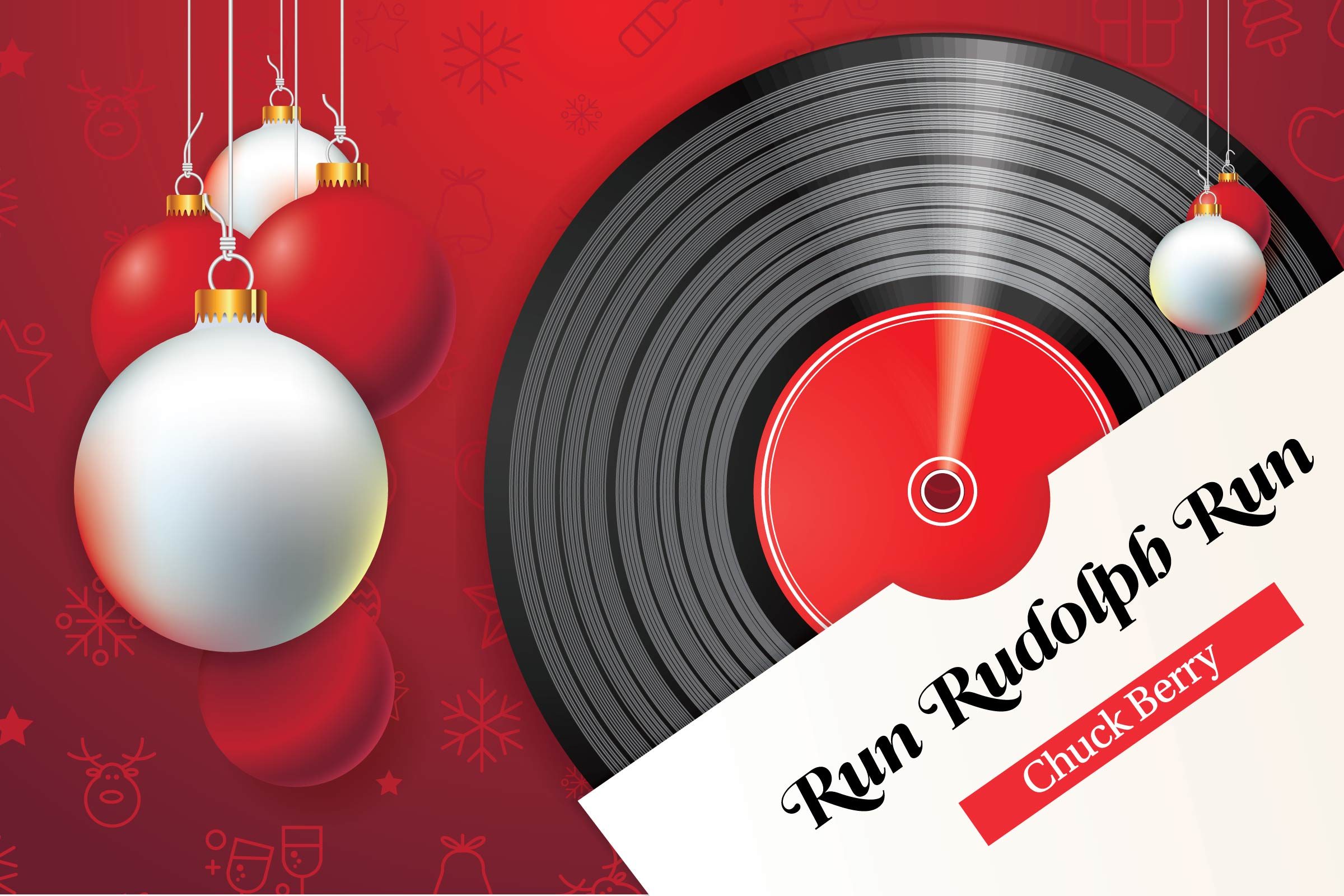 Written by Johnny Marks and Marvin Brodie, “Run Rudolph Run” was popularized by Chuck Berry in 1958, in the same year as his iconic hit “Johnny B. Goode.” The Christmas song was also a hit on the U.S. Billboard Hot 100. Can you guess what the oldest Christmas carol is? 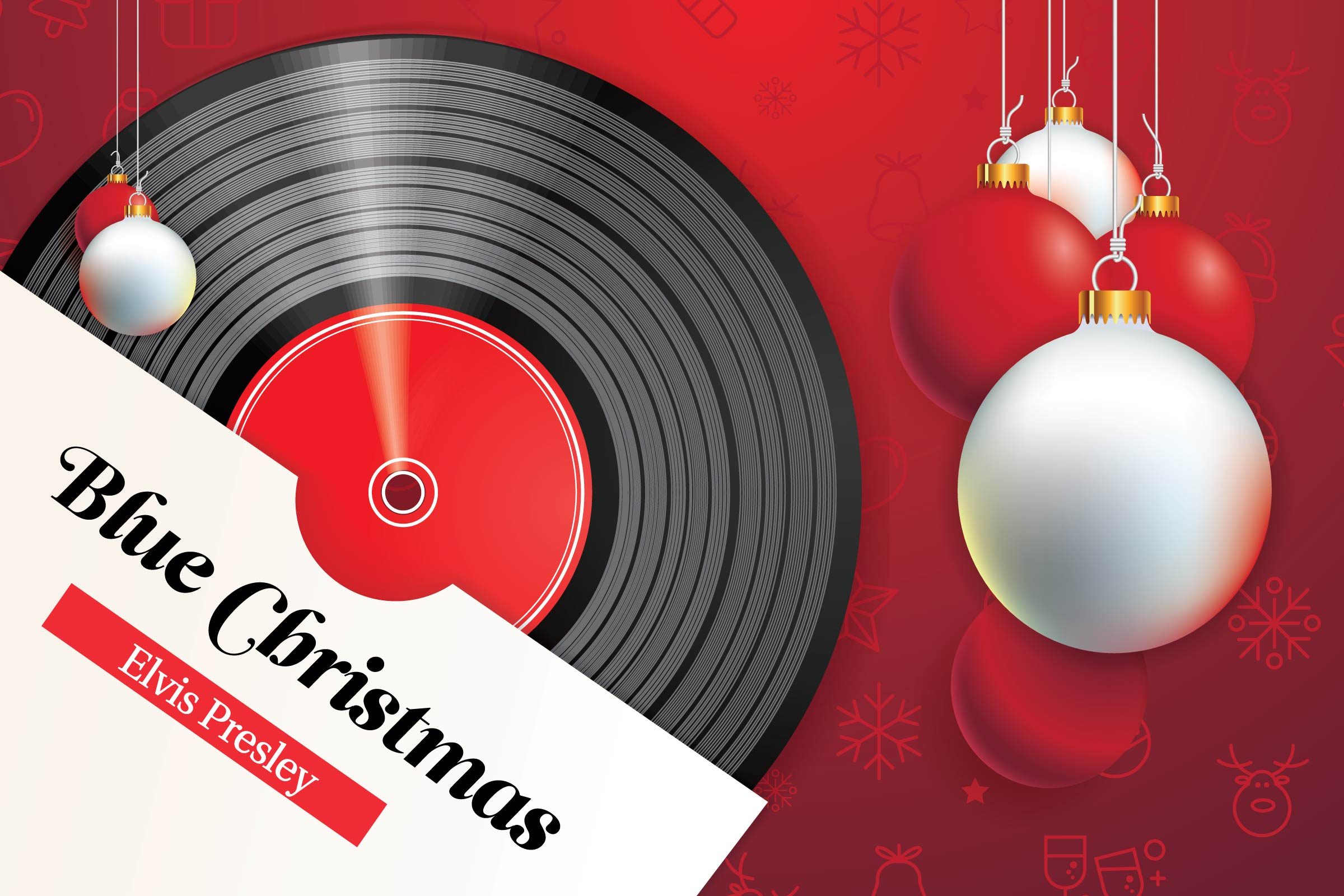 While the song was written in 1948, “Blue Christmas” wasn’t popularized until Elvis Presley released his own version in 1957. Since then, it’s been a rock and roll staple, as it was also covered by other recording artists, such as Patti LaBelle & the Bluebelles, The Beach Boys, and Jon Bon Jovi. 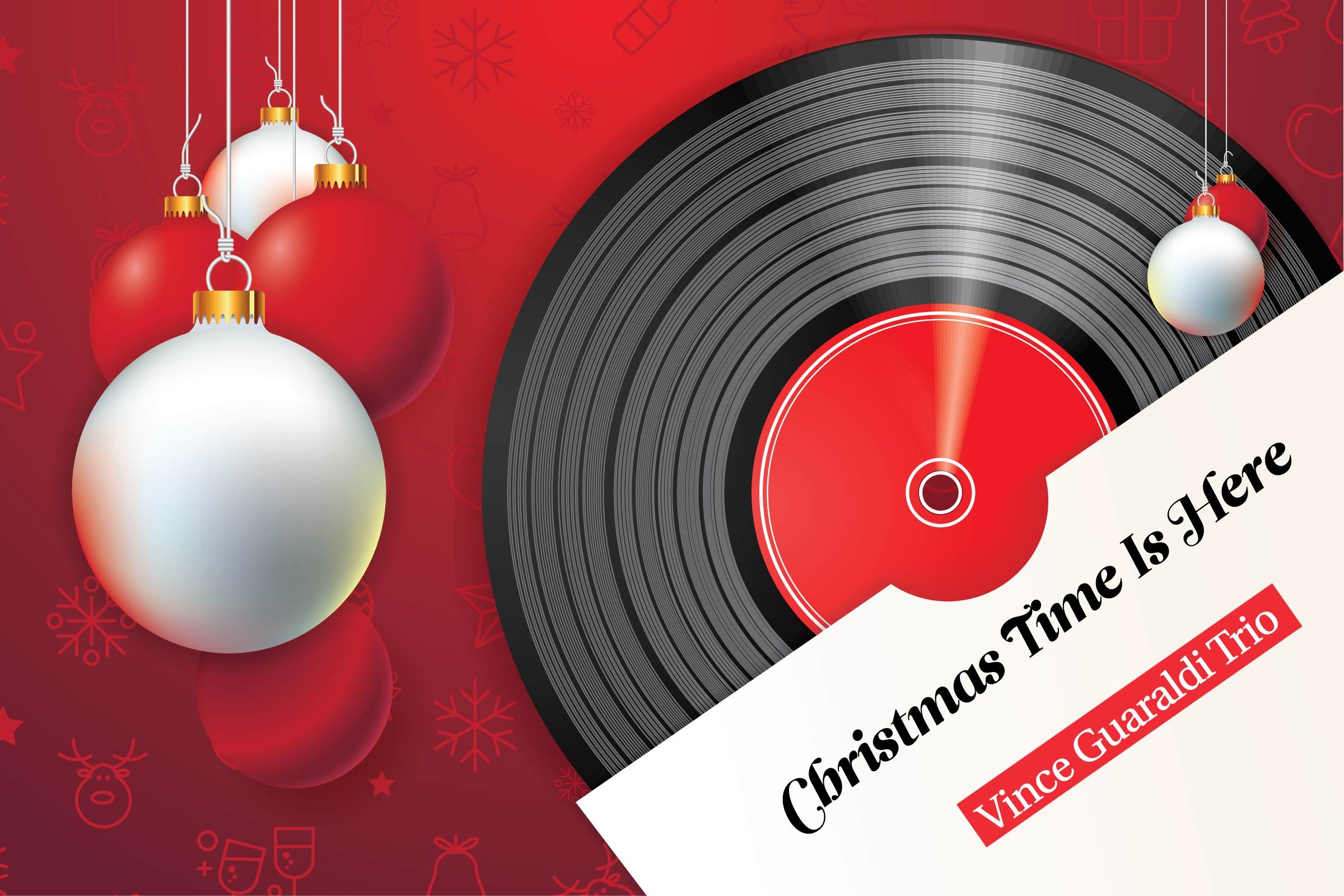 When you’re talking about classic Christmas movies, A Charlie Brown Christmas has to rank near the top. “Christmas Time Is Here” was written for the TV special by Lee Mendelson and Vince Guaraldi for the Vince Guaraldi Trio, and it became a hit due to the popularity of A Charlie Brown Christmas in 1965. There’s an instrumental version and vocal version (sung by a choir of children from St. Paul’s Episcopal Church in San Rafael, California) of the song, as both versions create a sense of warmth and cheer for the holiday season.  Check out the Christmas traditions from around the world to try out this year.

15. “The Chipmunk Song (Christmas Don’t Be Late)” by Alvin & The Chipmunks 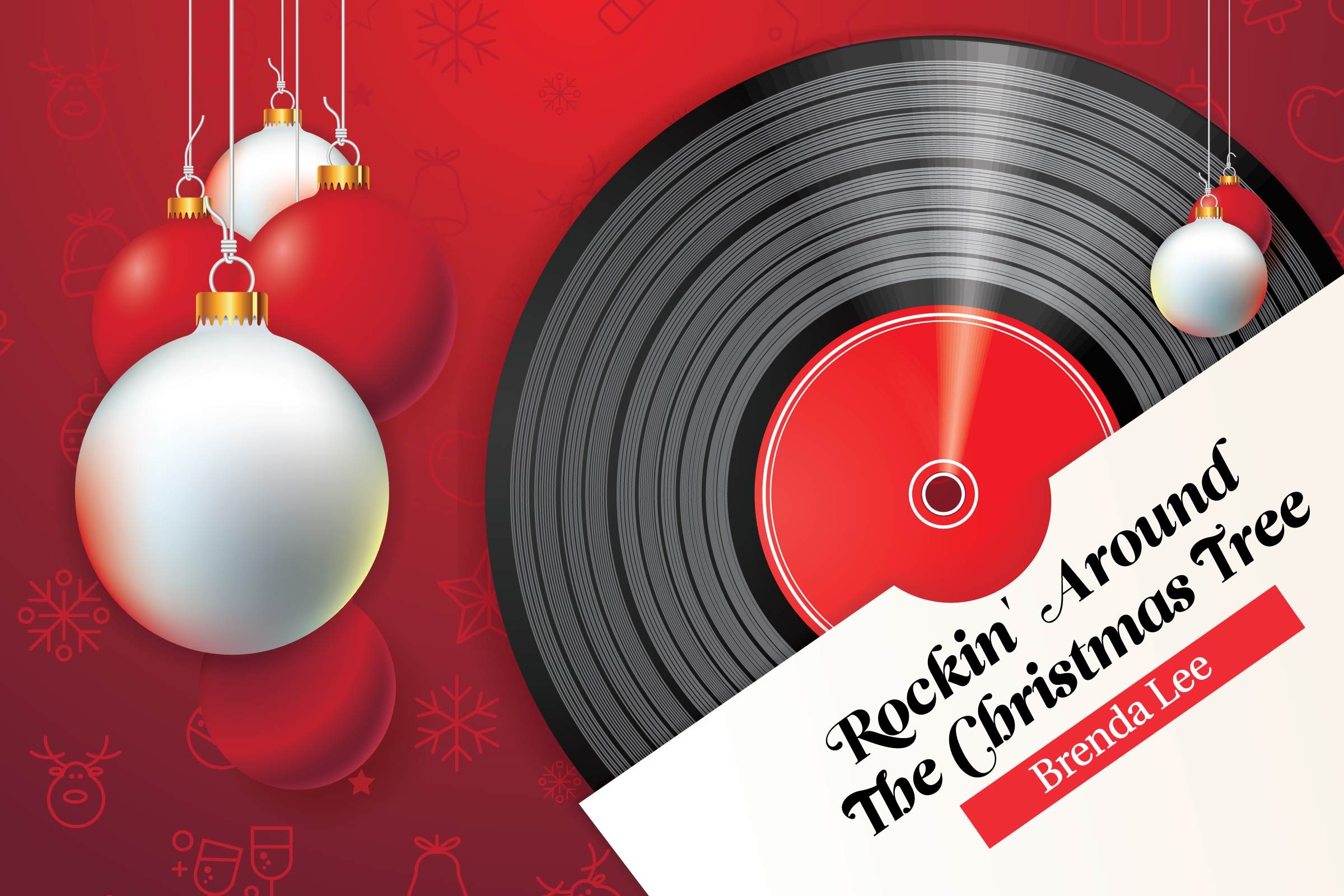 14. “Rockin’ Around the Christmas Tree” by Brenda Lee

Your Christmas tree is the center of attention this time of year. “Rockin’ Around the Christmas Tree” was written by Johnny Marks for singer Brenda Lee, and it was first released in 1958. It sold over 25 million copies and appeared in a number of TV shows and movies, most notably Home Alone in 1990. Many recording artists have covered the Christmas song, such as Amy Grant, Cyndi Lauper, and Green Day. Learn the things your Christmas tree wishes it could tell you. 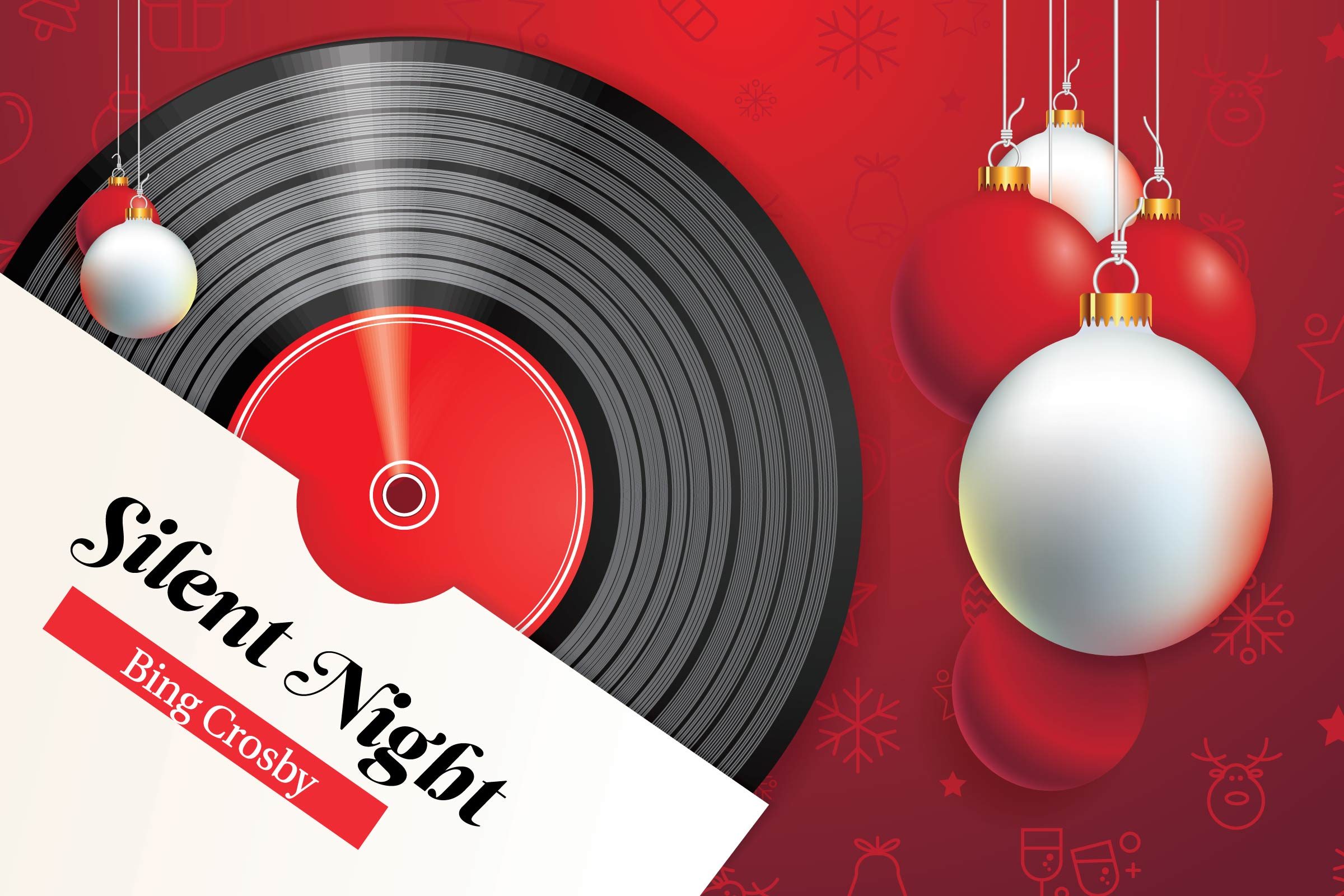 “Silent Night” is a very popular Christmas standard from composer Franz Xaver Gruber and lyricist Joseph Mohr in 1818. The song was written about a small town in Austria and popularized by Bing Crosby. In fact, his version of “Silent Night” is the third bestselling single in recorded music history. 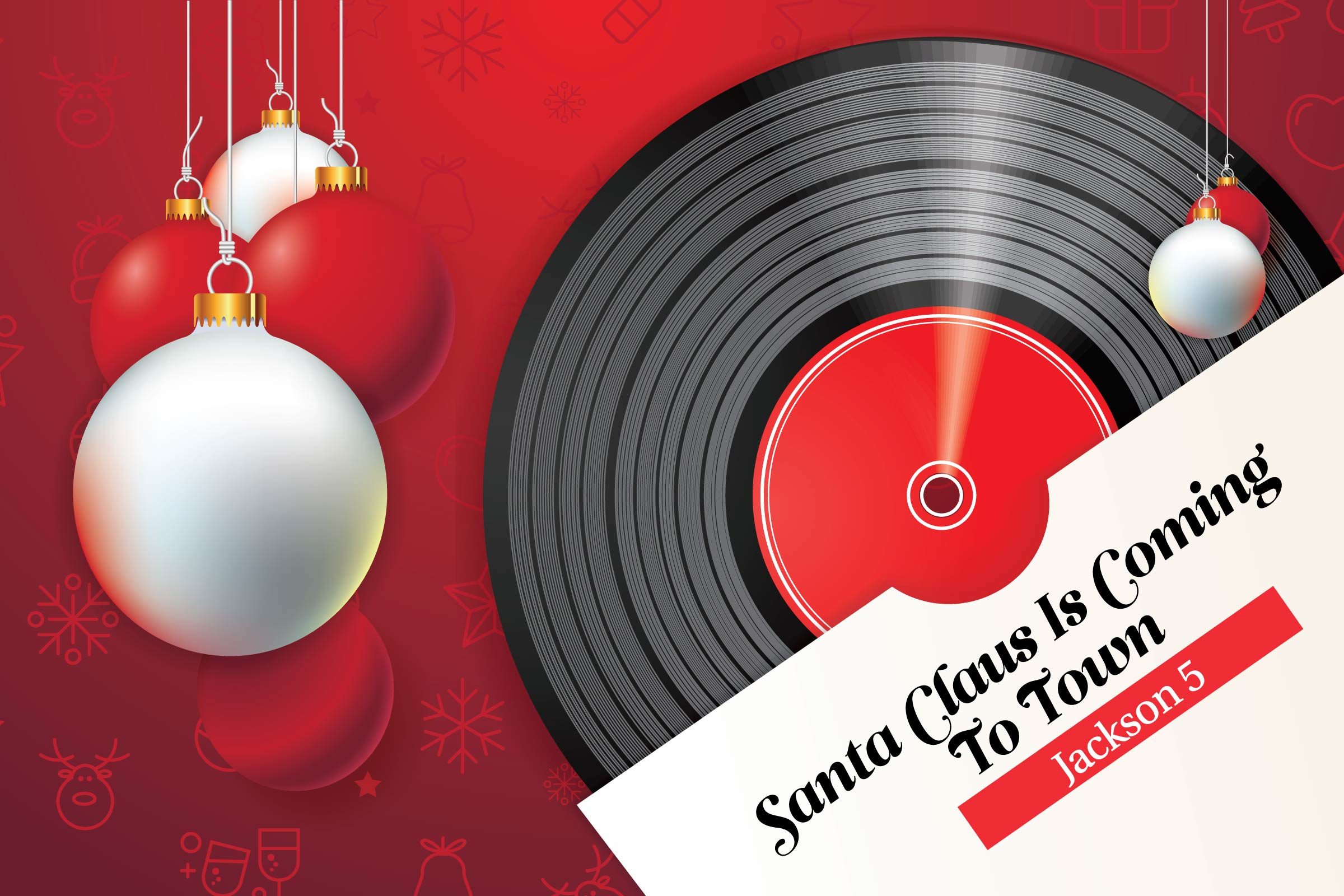 The Jackson 5 released a Christmas album filled with holiday standards in 1970. From all of the songs recorded for the album, “Santa Claus Is Coming to Town” was the biggest hit, as it peaked at #25 on the U.S. Billboard Hot 100. Check out these heartwarming vintage letters to Santa from nearly 100 years ago. 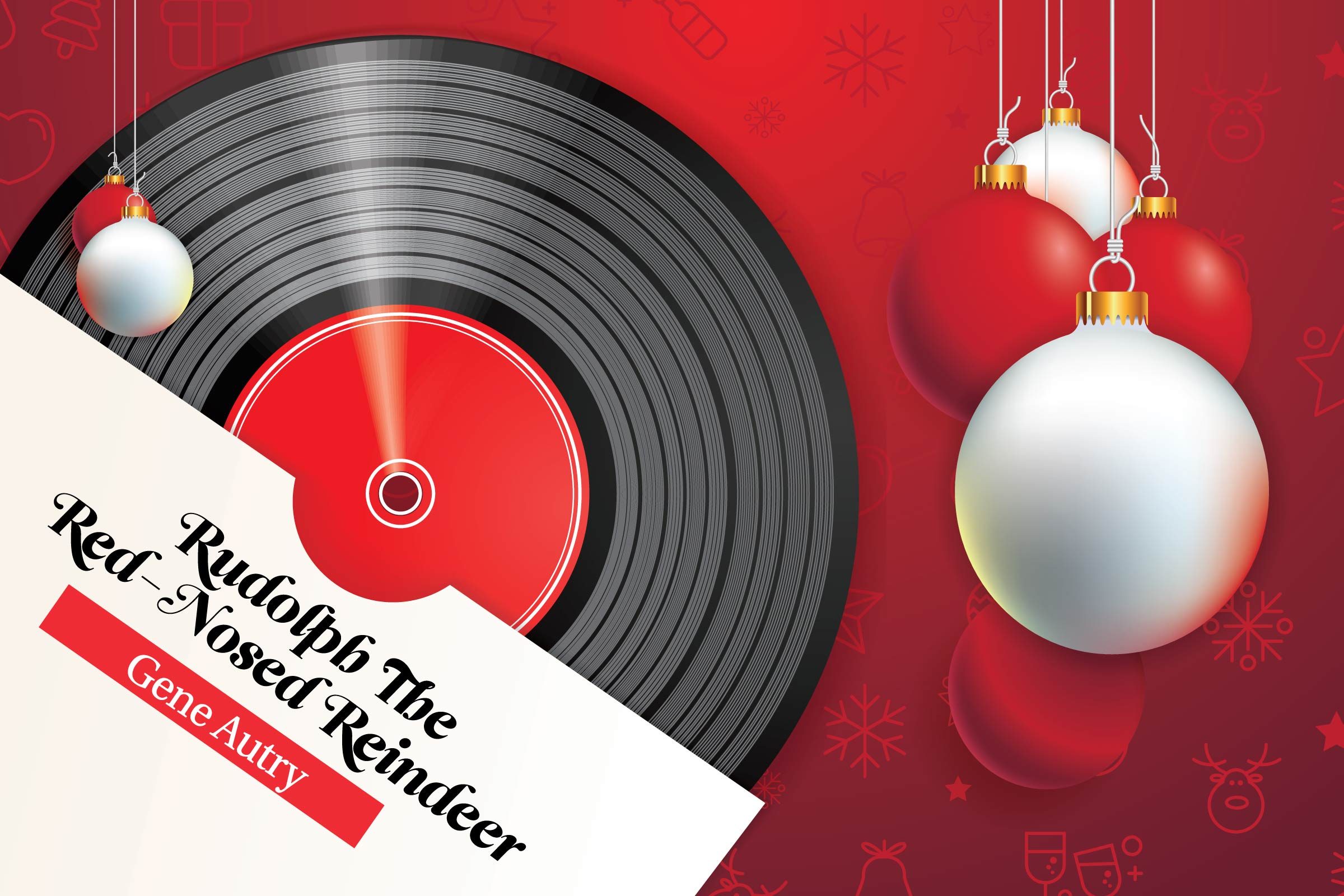 Based on the children’s story of the same name from 1939, songwriter Johnny Marks wrote “Rudolph the Red-Nosed Reindeer” 10 years later in 1949. Gene Autry was the first to record the Christmas song, as it climbed to the #1 spot on U.S. music charts. The story and song also spawned an iconic TV special from Rankin/Bass Productions in 1964. 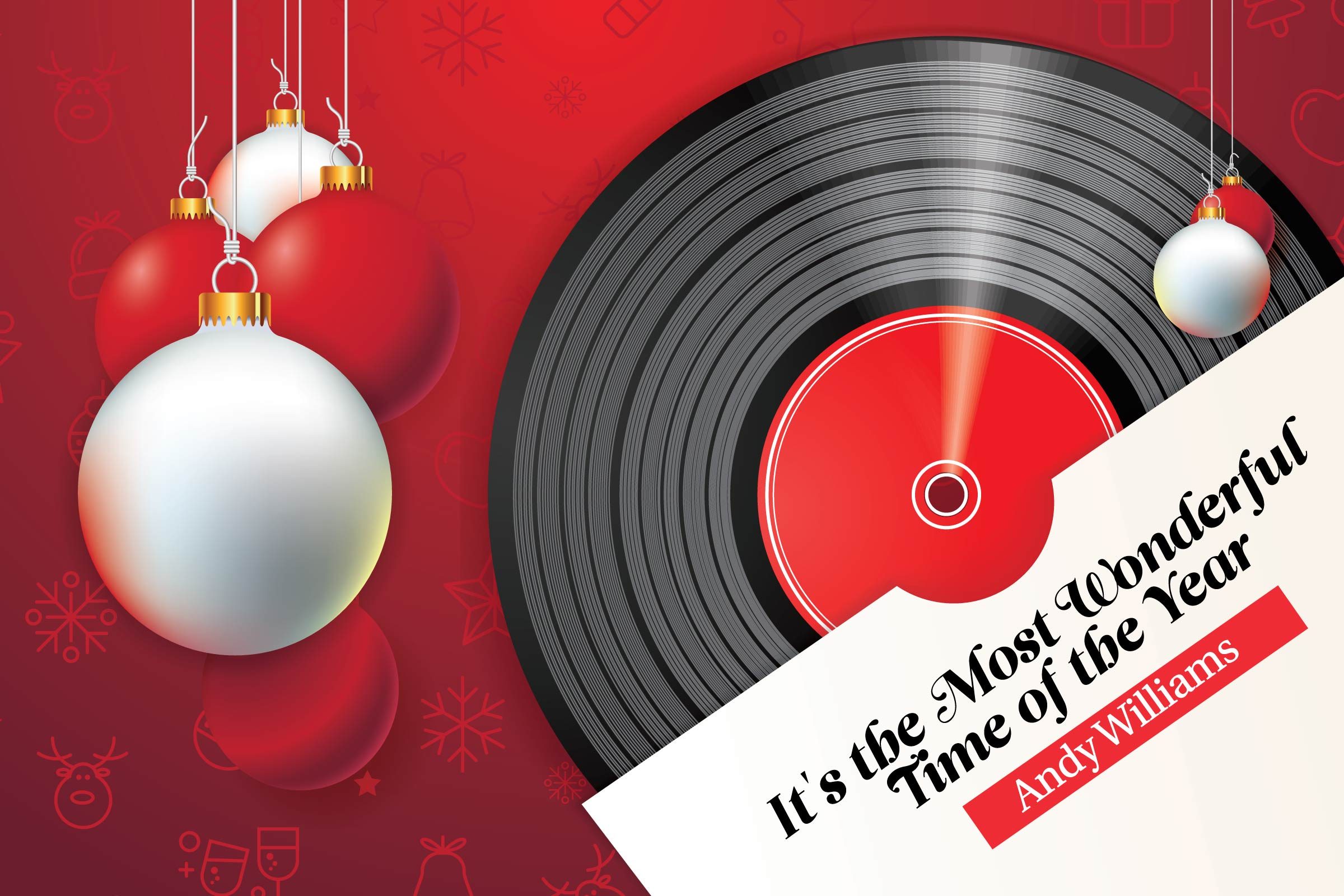 10. “It’s the Most Wonderful Time of the Year” by Andy Williams

Recorded by Andy Williams in 1963, “It’s the Most Wonderful Time of the Year” has grown in popularity over the years. It has ranked in the top 10 most downloaded and aired songs during the holiday season since 2010. The Christmas song has appeared in a number of commercials from Staples, Nissan Motors, and Disneyland. These are the best small towns for Christmas lights. 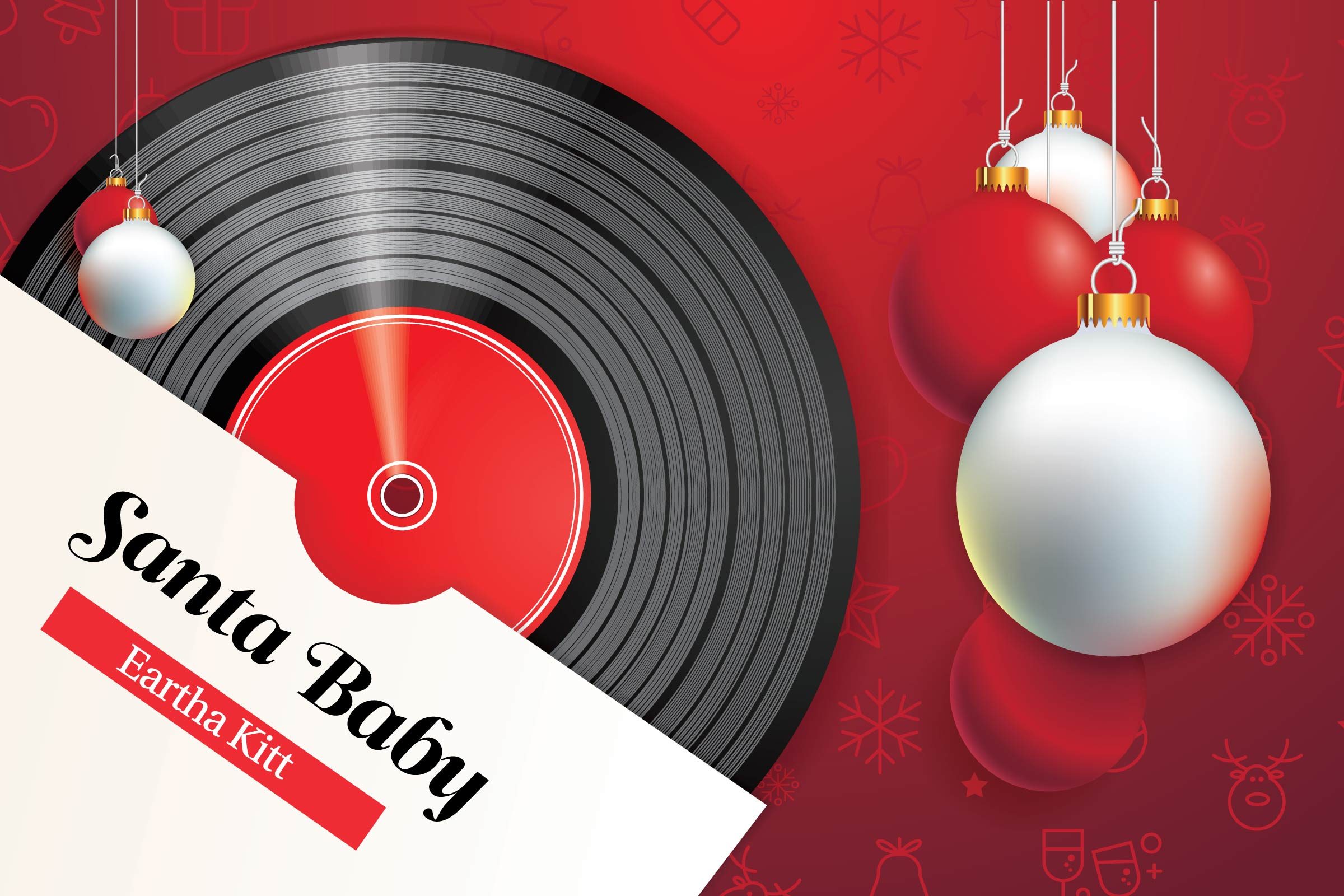 Sitting on Santa’s lap is every kid’s dream. For the grown-up equivalent, songwriters Joan Javits and Philip Springer wrote “Santa Baby” in 1953 for Eartha Kitt. It’s a playful song that pokes fun at Santa Claus’ Christmas list with breathy and smoldering vocals. “Santa Baby” was a very big hit for Eartha Kitt with over 500,000 copies sold, which made it a certified Gold Record—and officially made it one of the best Christmas songs of all time. Check out these things your mall Santa won’t tell you. 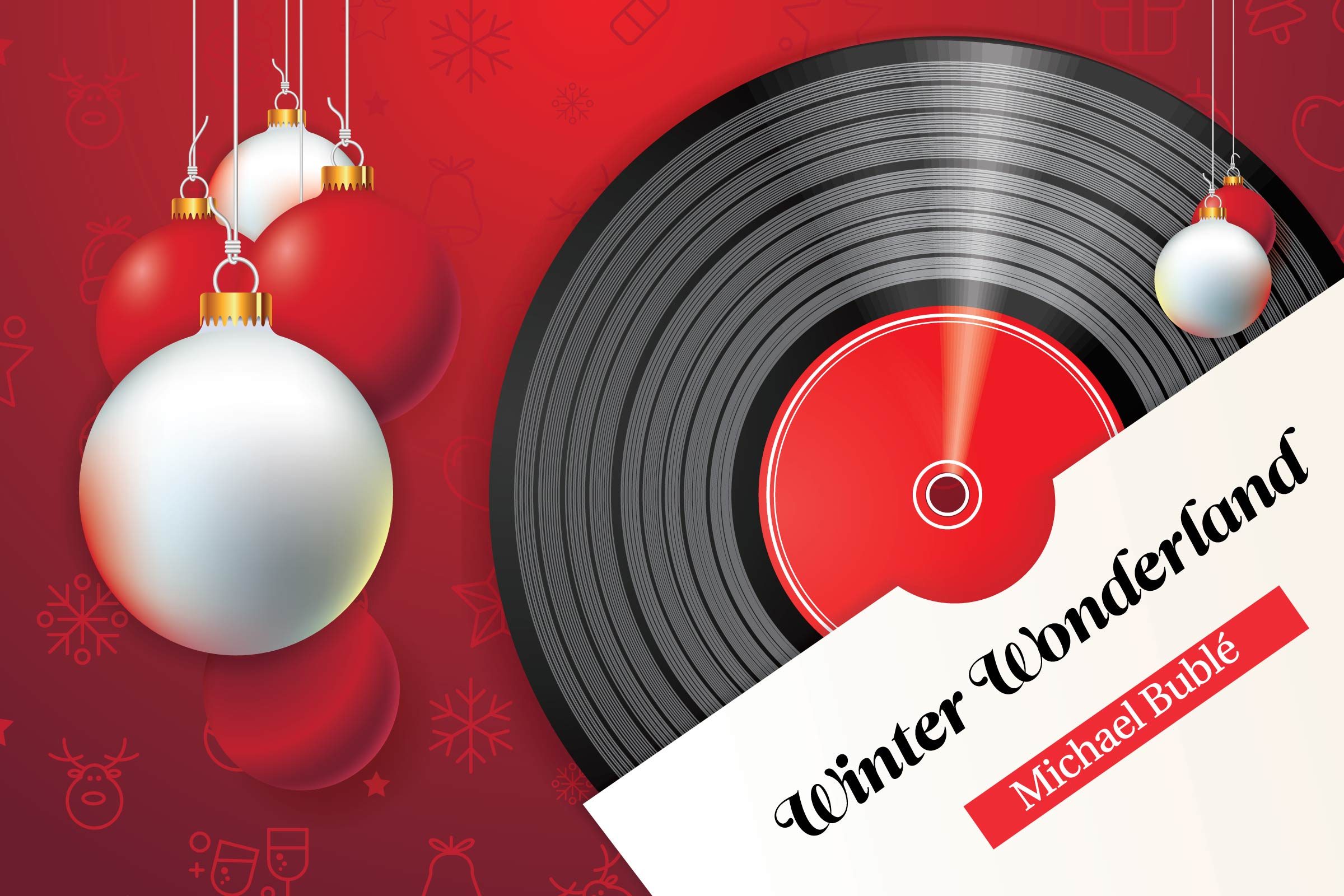 Felix Bernard and Richard B. Smith co-wrote “Winter Wonderland” in 1934. Ever since, it has been covered over 200 times by popular recording artists, such as Frank Sinatra, Elvis Presley, and Kylie Minogue. However, one of the most popular versions of the song is from Michael Bublé, who recorded it in 2013. His version spent three weeks on the Billboard’s Adult Contemporary charts peaking at #26. 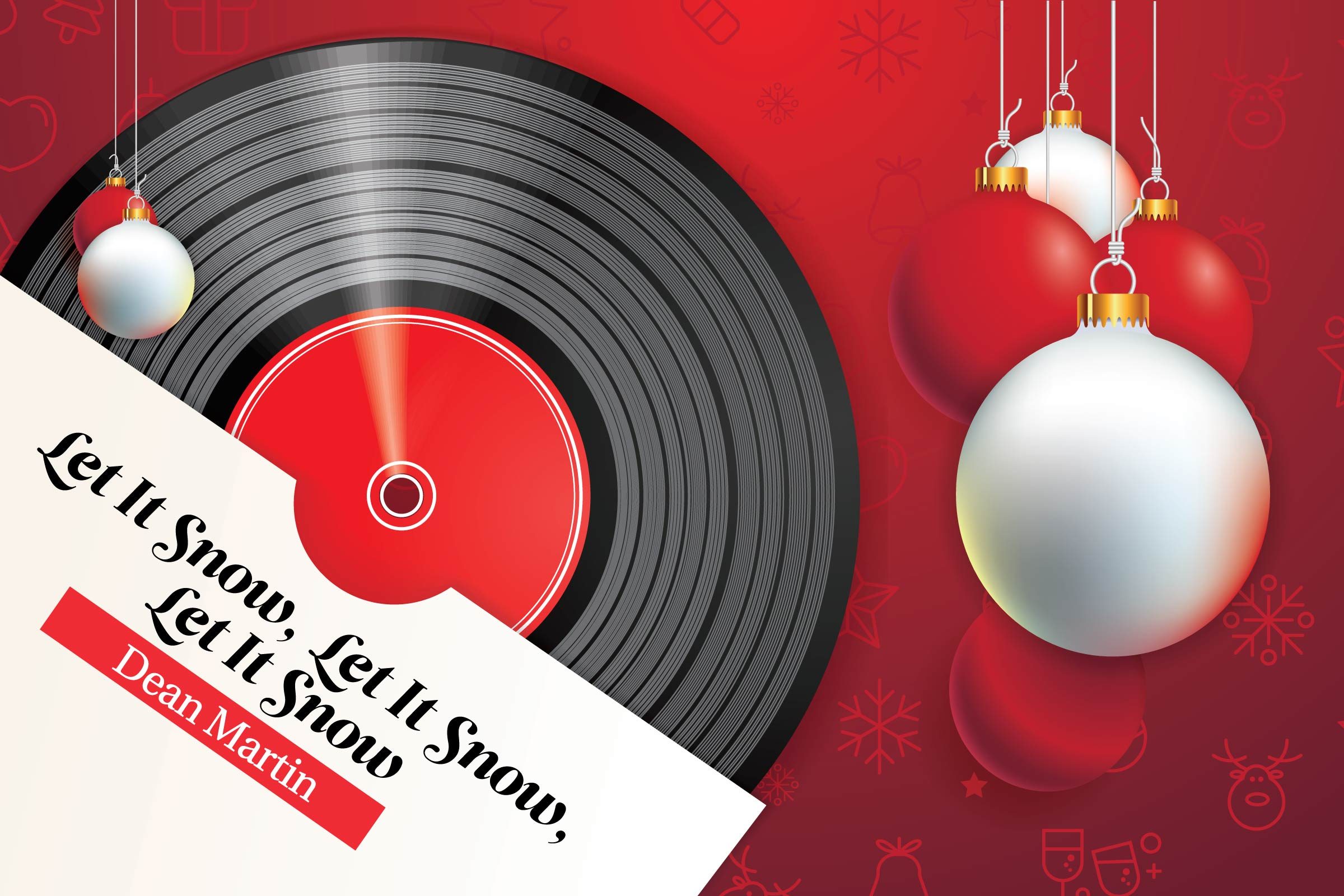 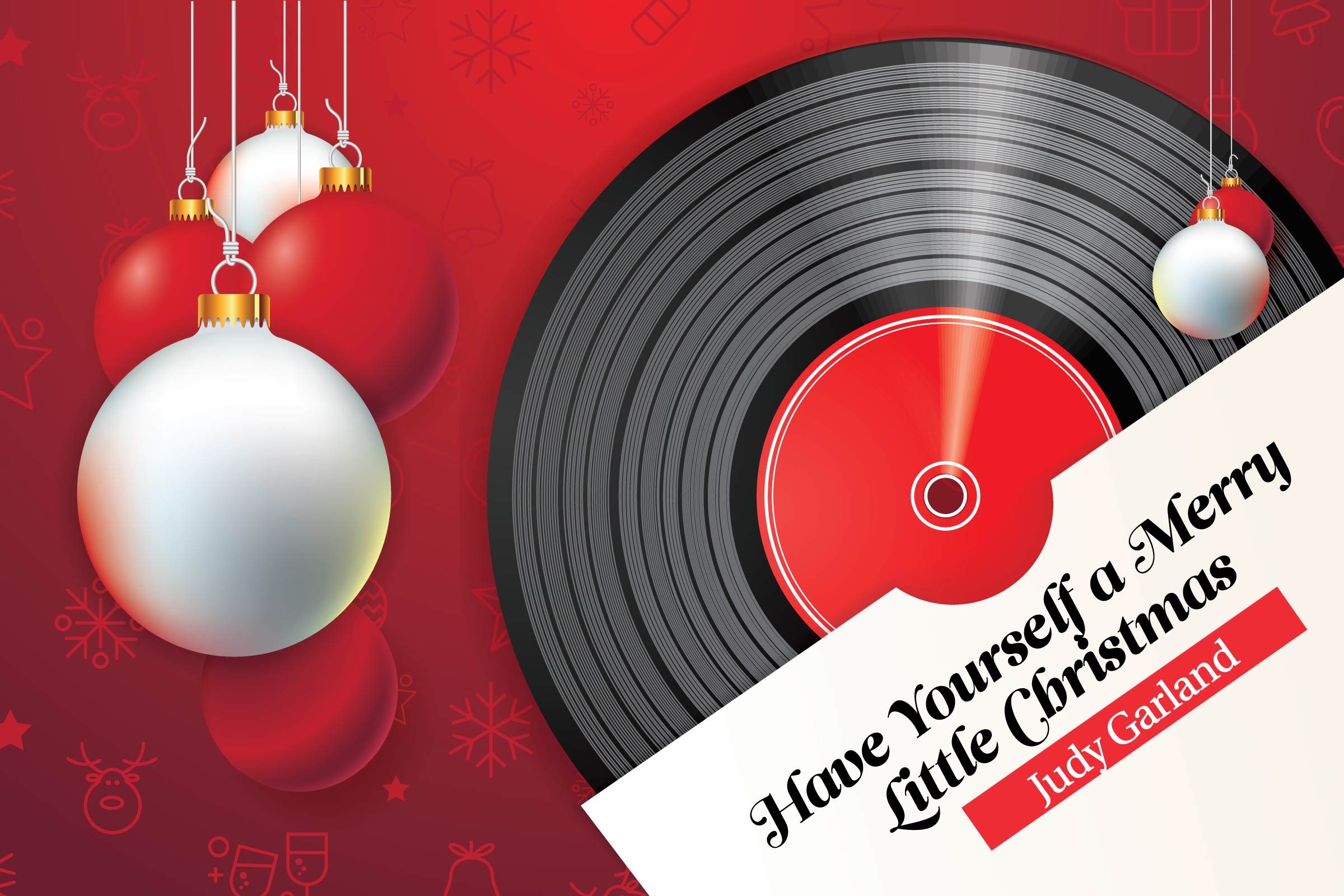 6. “Have Yourself a Merry Little Christmas” by Judy Garland

In 1944, Hugh Martin and Ralph Blane co-wrote the Christmas song “Have Yourself a Merry Little Christmas” for Judy Garland for the film Meet Me In St. Louis. In 2004, the song was ranked #76 on AFI’s 100 Years…100 Songs, while it was also ranked #3 on American Society of Composers, Authors, and Publishers’ (ASCAP) most performed songs during the Christmas season. 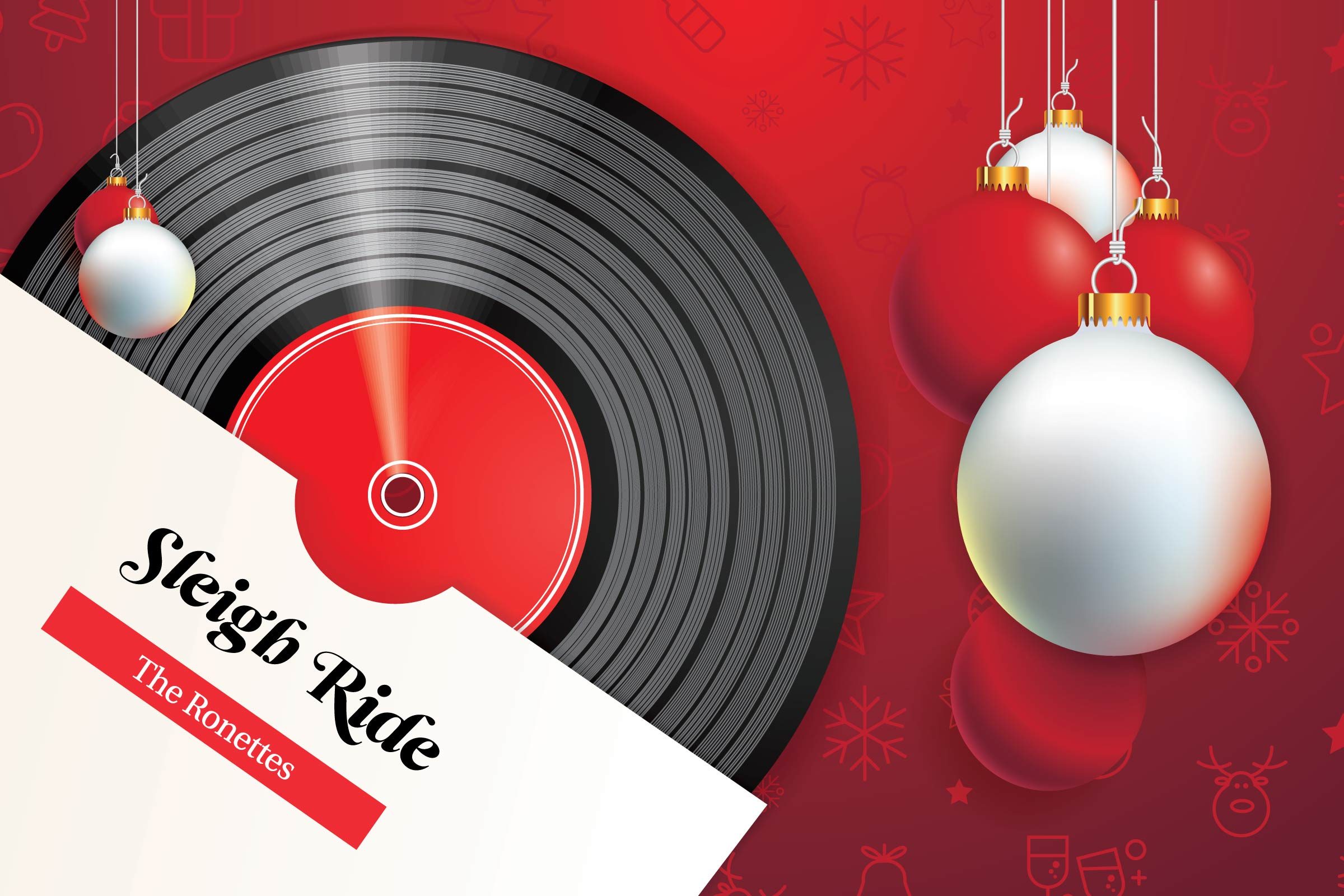 5. “Sleigh Ride” by The Ronettes

Originally composed by Leroy Anderson in 1948, “Sleigh Ride” was popularized by The Ronettes in 1963. Almost every year since its release, it charts in the top 10 on the Billboard Holiday 100. Don’t miss these bits of surprising Christmas trivia you never knew. 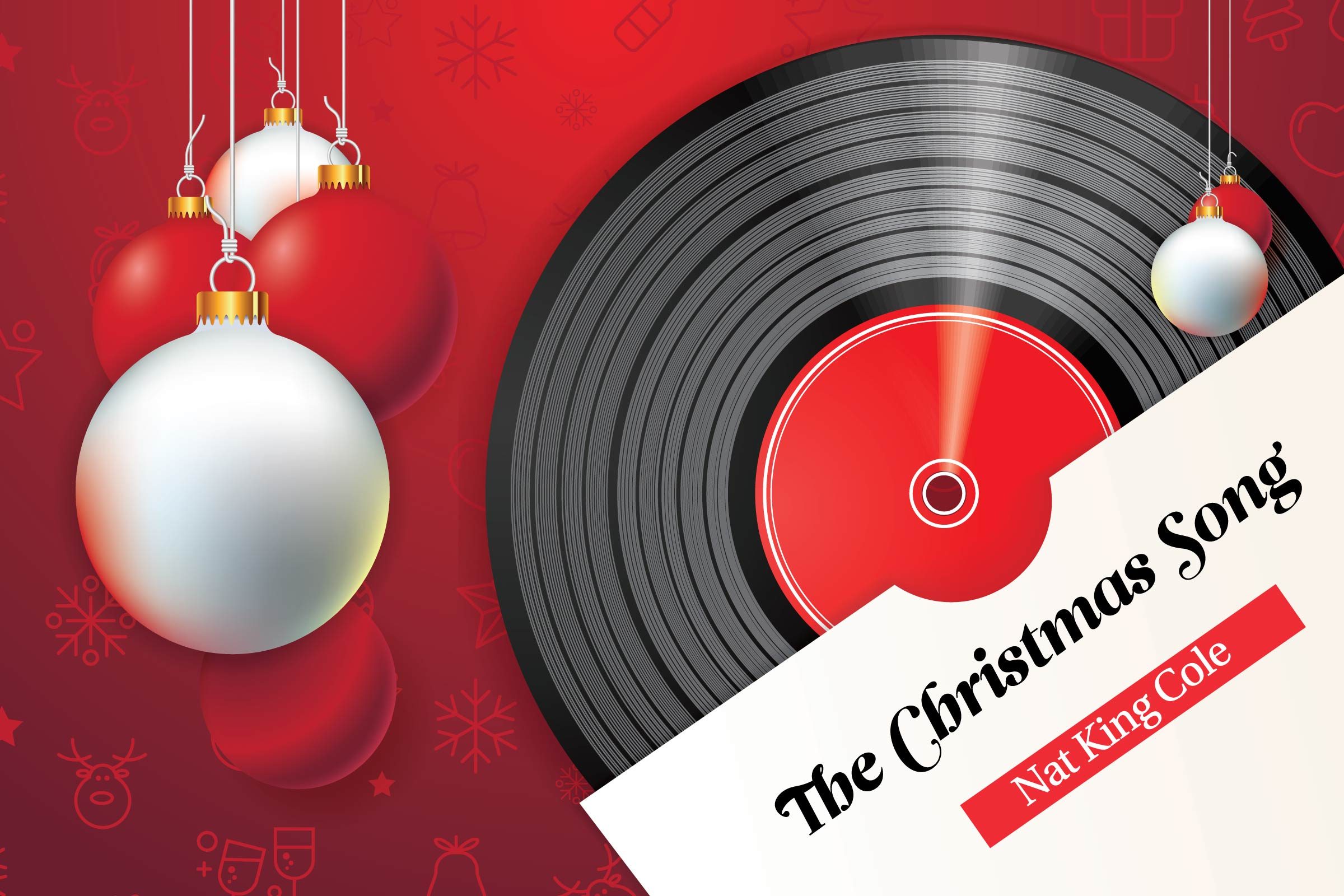 4. “The Christmas Song (Merry Christmas to You)” by Nat King Cole

Commonly known as “Chestnuts Roasting on an Open Fire,” “The Christmas Song (Merry Christmas to You)” was first made famous by Nat King Cole in 1946. It’s an essential Christmas song with other recordings from Dean Martin and Mel Tormé, who co-wrote the song with Robert Wells. The Christmas song was later inducted in the Grammy Hall of Fame in 1974. 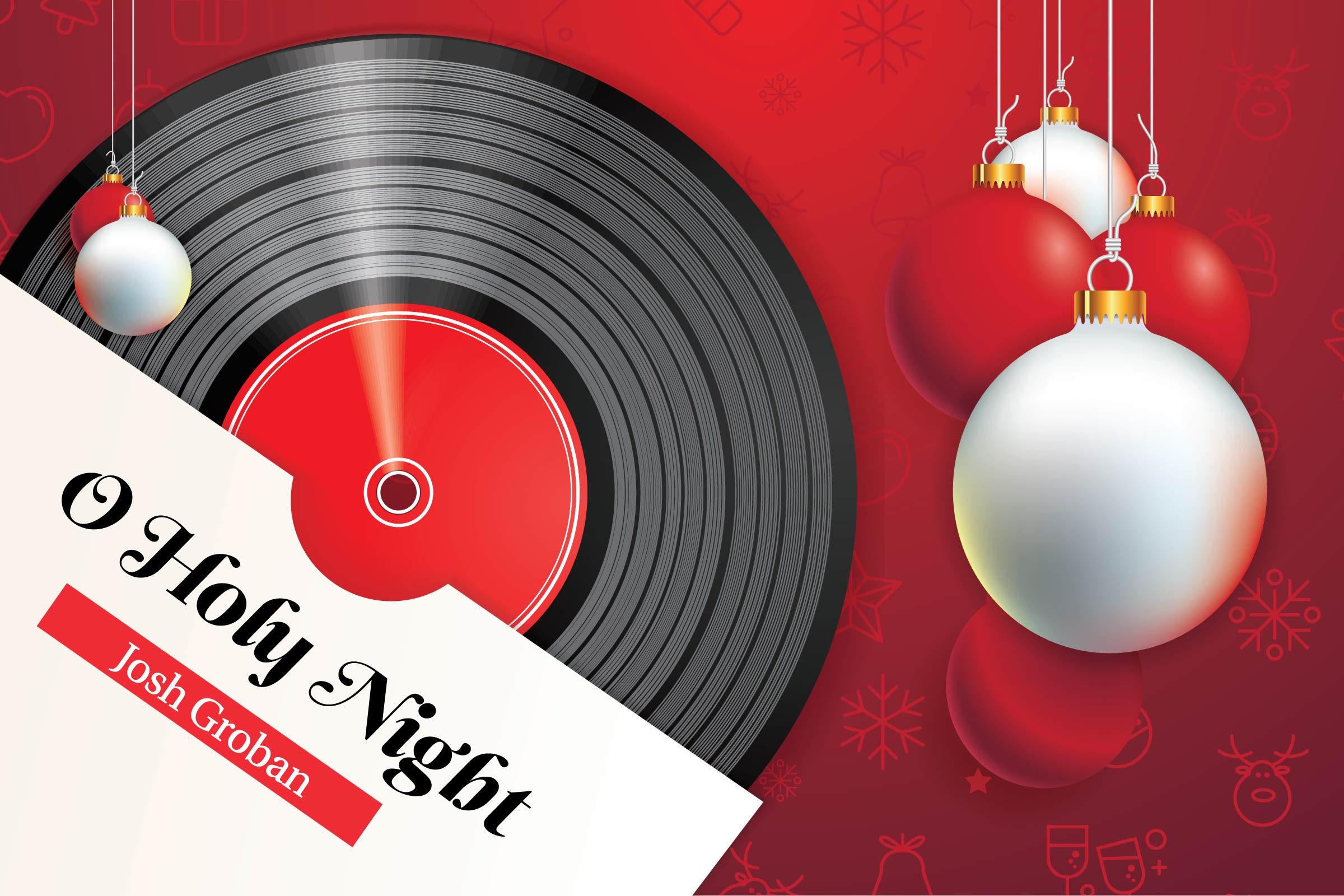 This is probably one of the most well-known Christmas carols ever made. Composed by Adolphe Adam from a poem by a wine merchant in 1847, “O Holy Night“‘s origins are in France where it’s known as “Cantique de Noël.” One of the most popular renditions of the Christmas song is from Josh Groban, who recorded a version in 2002, which went to #1 on the Billboard Adult Contemporary Singles chart. Learn more about the history behind some of your favorite Christmas carols. 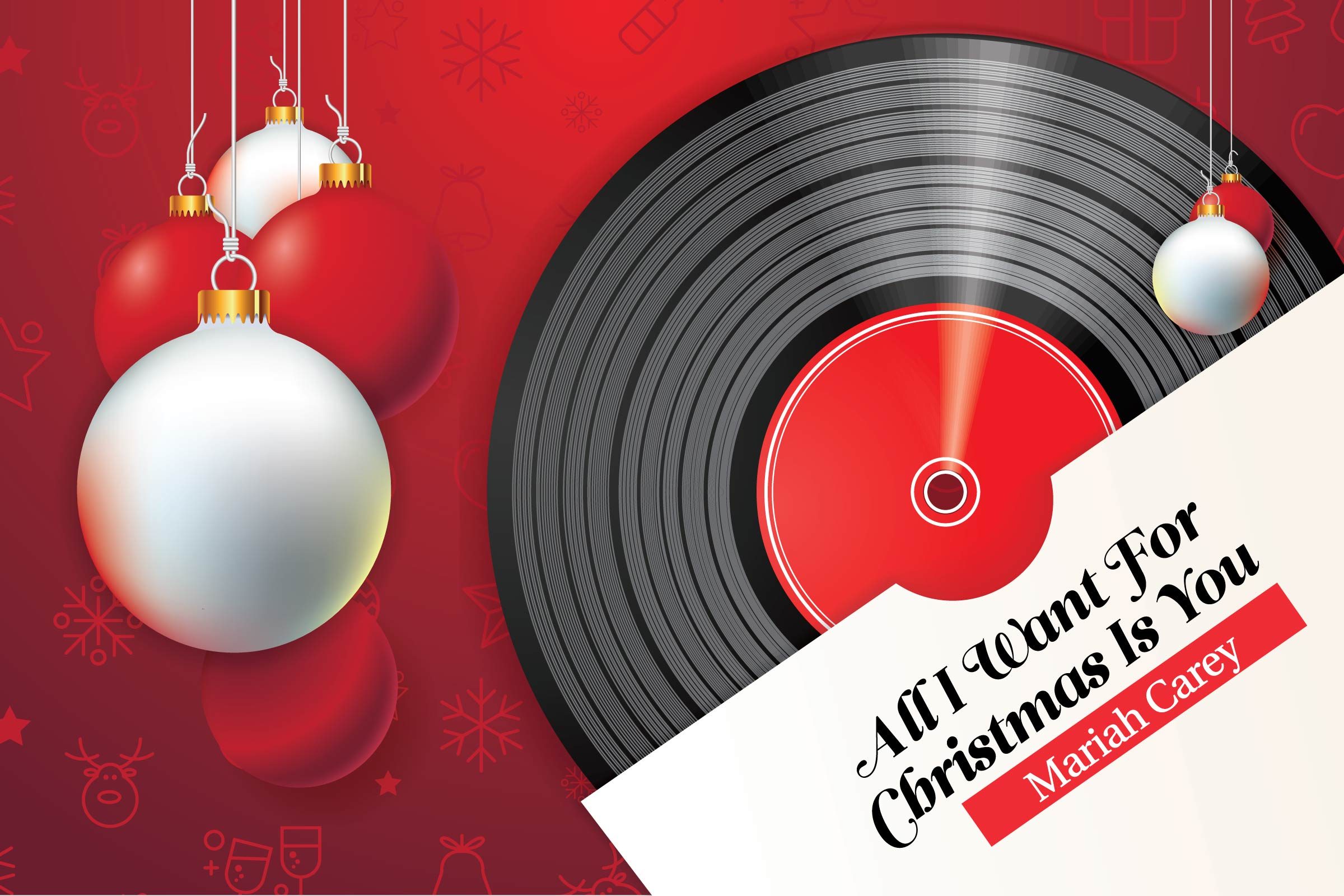 2. “All I Want for Christmas Is You” by Mariah Carey

Released in 1994, Mariah Carey’s “All I Want for Christmas Is You” has been the go-to Christmas song for more than 20 years. It became a new holiday standard and an instant hit peaking at #1 on the U.S. Holiday 100 during a 30-week stint. The song is so popular that it reached #11 on the Billboard Hot 100 in 2015, 21 years after it was first released. 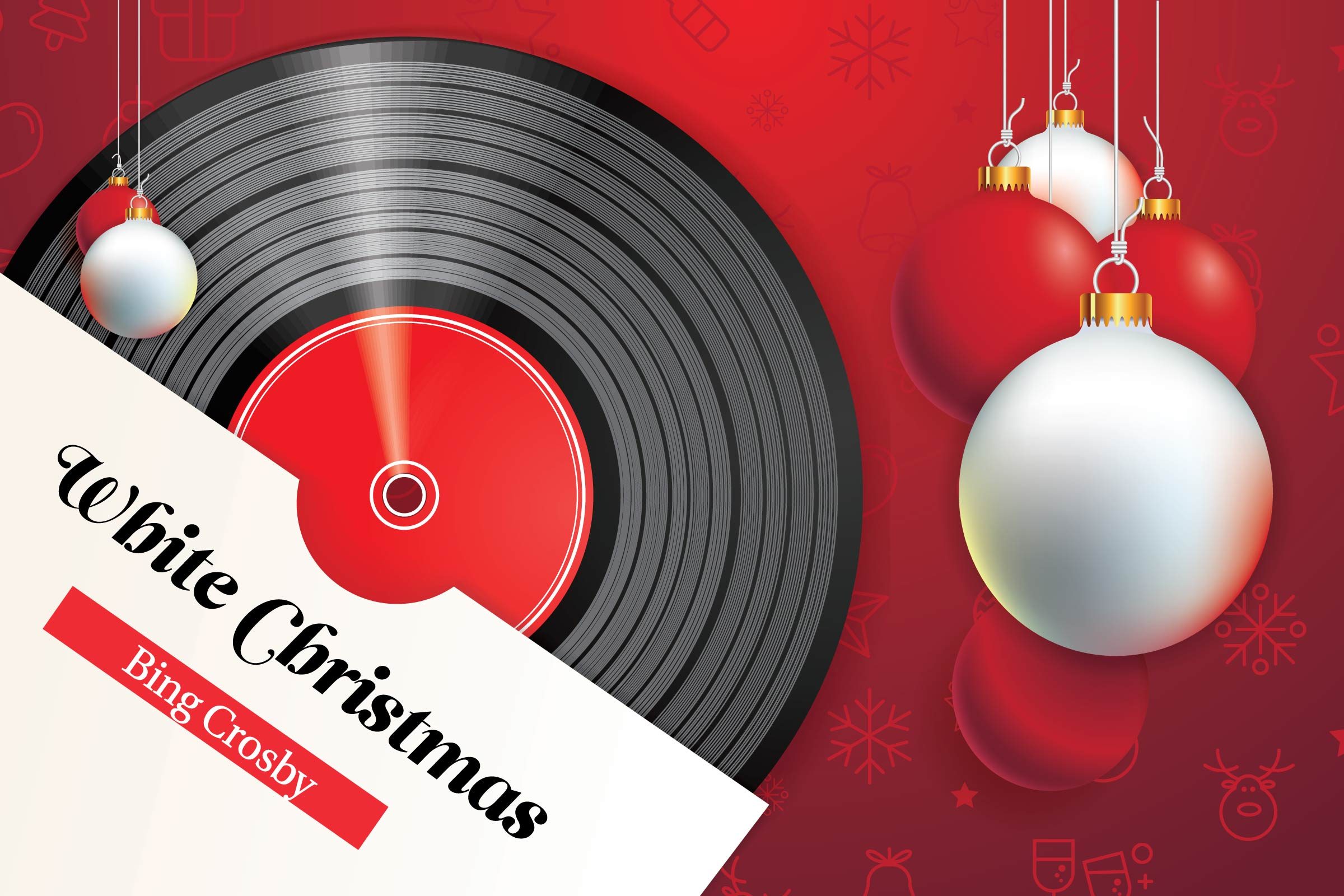 This song is a classic! Written by Irving Berlin in 1942, “White Christmas” is one of the best Christmas songs ever. Crooner Bing Crosby popularized the song on his NBC radio show on Christmas Day, and the song quickly became the best-selling single of all time. It sold more than 100 million copies around the world. For some more of our Christmas favorites, check out our ranking of the best-ever Christmas movies.