What Is Halloween, and Why Do We Celebrate It?

Halloween wasn't always about carving pumpkins and collecting candy. Here's the scoop on the ancient origins of this popular (and super spooky) holiday.

Trick-or-treating, Halloween parties, costumes, carving pumpkins, telling scary stories filled with monsters, and going to haunted houses—if you grew up celebrating Halloween, this is likely how you imagine October 31 always was, but the holiday has changed a lot over the years. In fact, if you were able to time-travel back and observe the first Halloween, you probably wouldn’t even recognize it. So before you start a list of Halloween costume ideas, plan your Halloween party games, put up your DIY Halloween decorations or brush up on your Halloween trivia, read on for the true Halloween origin story.

As it exists today in the United States, Halloween is a holiday when we can all indulge in the darker, creepier side of life and eat loads of candy. It’s a lot of fun, a little spooky and anything but serious. Historically, however, the holiday was religious in nature and extremely significant to the culture of the people who celebrated it.

In America, Halloween is always celebrated on October 31. Countries that celebrate Halloween as we do, like Canada, share the same day. However, not everyone is as Halloween obsessed as Americans.

In England, Halloween is generally not celebrated at all. That was a result of the Protestant Reformation. Instead, the United Kingdom celebrates a completely unrelated holiday around this time (on November 5, to be precise): Guy Fawkes Day, which revolves around the execution of an infamous traitor and features bonfires, burning effigies and fireworks.

In Mexico, people celebrate Día de los Muertos, the Day of the Dead. While it takes place from October 31 to November 2, it is very different in tone from Halloween. Yes, people do dress up as colorful skeletons and celebrate in the streets, but the point is to honor the dead and welcome their spirits back to earth, not to be fearful of them. To celebrate, people also adorn the graves of their ancestors with decorations and offer food to let them know they haven’t been forgotten.

What are the ancient origins of Halloween?

Halloween originates in Gaelic and Celtic rituals dating back at least 2,000 years, and it’s from these that we get the date and many of the ways we celebrate the holiday.

The Gaelic festival of Samhain was traditionally held on November 1, to mark the official end of the harvest season and the beginning of winter. The celebrations always began the evening before, on October 31, about halfway between the autumn equinox and winter solstice, says Brian Sterling-Vete, PhD, a historian, Halloween expert and the author of Paranormal Investigation: The Black Book of Scientific Ghost Hunting and How to Investigate Paranormal Phenomena.

It also draws from the three-day pagan religious festival celebrated by the Celts around October 31 to honor the harvest and prepare for “the dark half of the year.”

We can also get clues about Halloween’s ancient origins by looking at its name. “The word, Halloween, is a contraction of the Scottish term ‘All Hallows’ Eve,’ which simply described the night before All Saints’ Day,” says Sterling-Vete. The first records of it being used this way date back to around 1555 AD.

All Saints’ Day started with early Christianity. In the eighth century, Pope Gregory III moved the feast of All Martyrs’ Day from May 13 to November 1 and turned it into All Saints’ Day. Then, in 1000 A.D., the Catholic Church added All Souls’ Day (which focuses on praying for the dead) on November 2. The evening before was subsequently called All Hallows’ Eve, and then Halloween.

How has Halloween changed throughout history?

The ancients believed that on this day, the line between the living and the spiritual realm was blurred—meaning that ghosts from beyond could visit the living, and monsters could find their way into people’s houses. Those celebrating aimed to ward off as much evil as possible. They held special rites to keep monsters, witches and evil fairies at bay. They told tales about mythological heroes and the underworld. And they dressed up as monsters to ward off evil and disguise themselves so they wouldn’t be kidnapped or consumed by actual monsters.

As Christianity became more popular, it added some of the Catholic holidays that fall right around Halloween, mixing the religious and pagan traditions. Why? To help further the transition from paganism to Catholicism. And it worked. All Souls’ Day embraced many of Samhain’s celebrations, including bonfires, parades and costumes—though now people mainly dressed up as saints, angels and devils. Starting to sound familiar?

Why do we still celebrate Halloween?

Most of us aren’t afraid of being eaten by monsters, nor do we feel the need to celebrate the harvest, so why has Halloween stuck around? Halloween was a tough sell in early Colonial America because of the Puritans’ strict religious beliefs, says Sterling-Vete. However, the holiday remained popular in less-religious circles, and as more and more Europeans arrived and mingled with the Native Americans, traditions evolved even further.

Halloween festivities meshed with autumn festivals and featured celebratory public events, singing and dancing, spooky stories and pranks. But it wasn’t until the second half of the 19th century that Halloween really became popular in the United States. Why? Irish immigrants escaping the Potato Famine brought their ideas and traditions about Halloween along with them.

How did Halloween become the holiday we celebrate today?

In this new whimsical context, Americans adopted the Celtic tradition of dressing up and transformed it into what we now know as trick-or-treating. By the 1930s, Halloween became almost completely secularized, while All Saints’ Day became more of a religious holiday. To this day, some devout people are strictly against celebrating October 31 as anything other than a religious day. In the late 20th and early 21st centuries, Halloween became increasingly about commercialism and profits.

What are the top Halloween traditions?

How is Halloween celebrated these days? Costumes, parties, toys and candy are some of the most popular ways, but there are lots of fun Halloween traditions. Here are some of our favorites:

Around 1895, it became traditional to carve jack-o’-lanterns with ghoulish faces. They were originally carved from turnips (neeps) in the U.K., but pumpkins were substituted in the United States. Once carved, they were turned into lanterns and carried by “guisers” to ward off evil spirits and because in Christian folklore they represent a soul who has been denied entry into both heaven and hell, Sterling-Vete explains. Thankfully, we no longer carry them around with us (freeing up kids’ hands for more candy!).

Roaming bands of costumed kiddos going door-to-door begging for candy is probably the most time-honored Halloween tradition. This custom—directly related to what is called guising, because of the disguises, or costumes, worn to hide from evil spirits—can trace its origins back to 16th century Scotland, says Sterling-Vete. The phrase “trick or treat” is meant to jokingly scare the homeowners into giving treats or small toys. 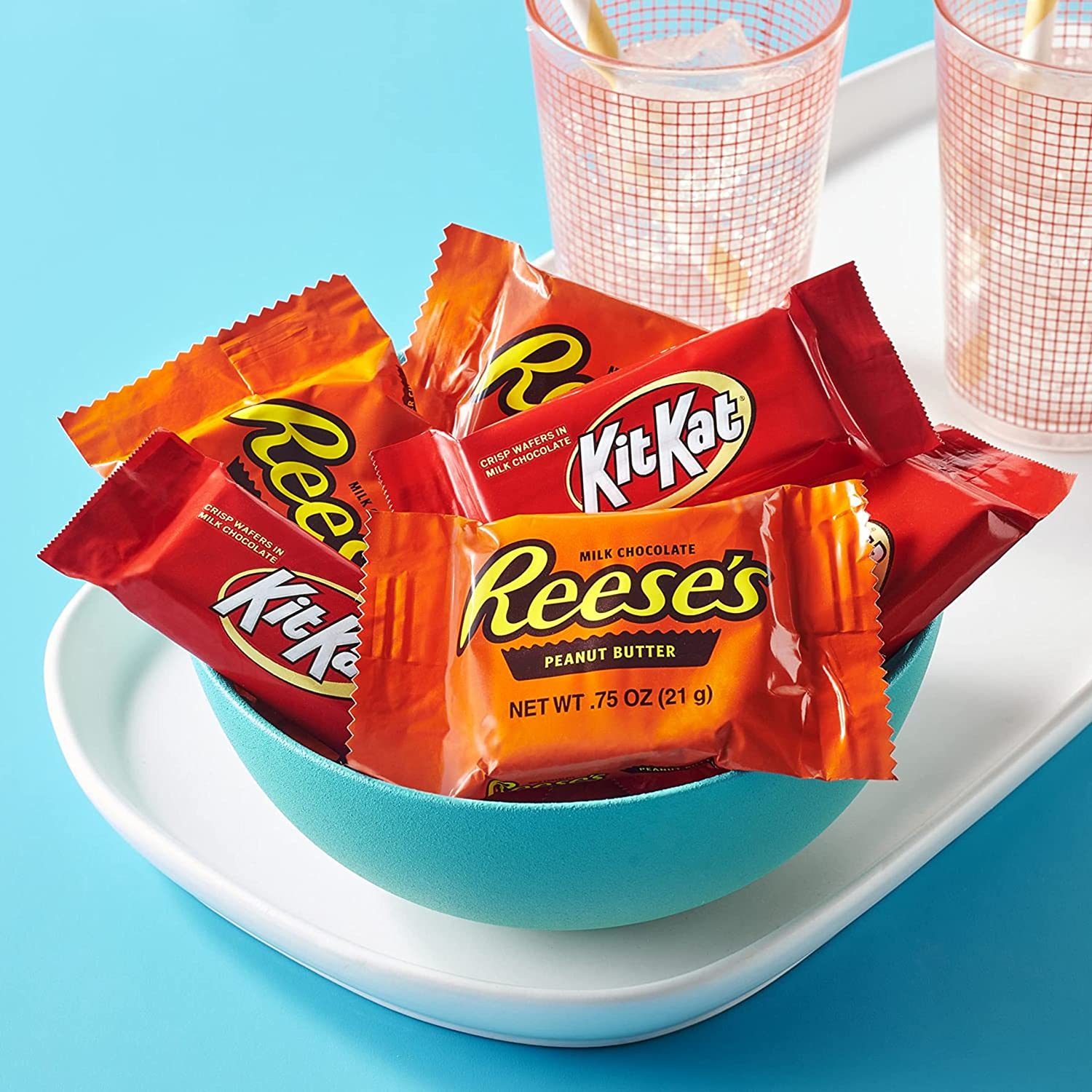 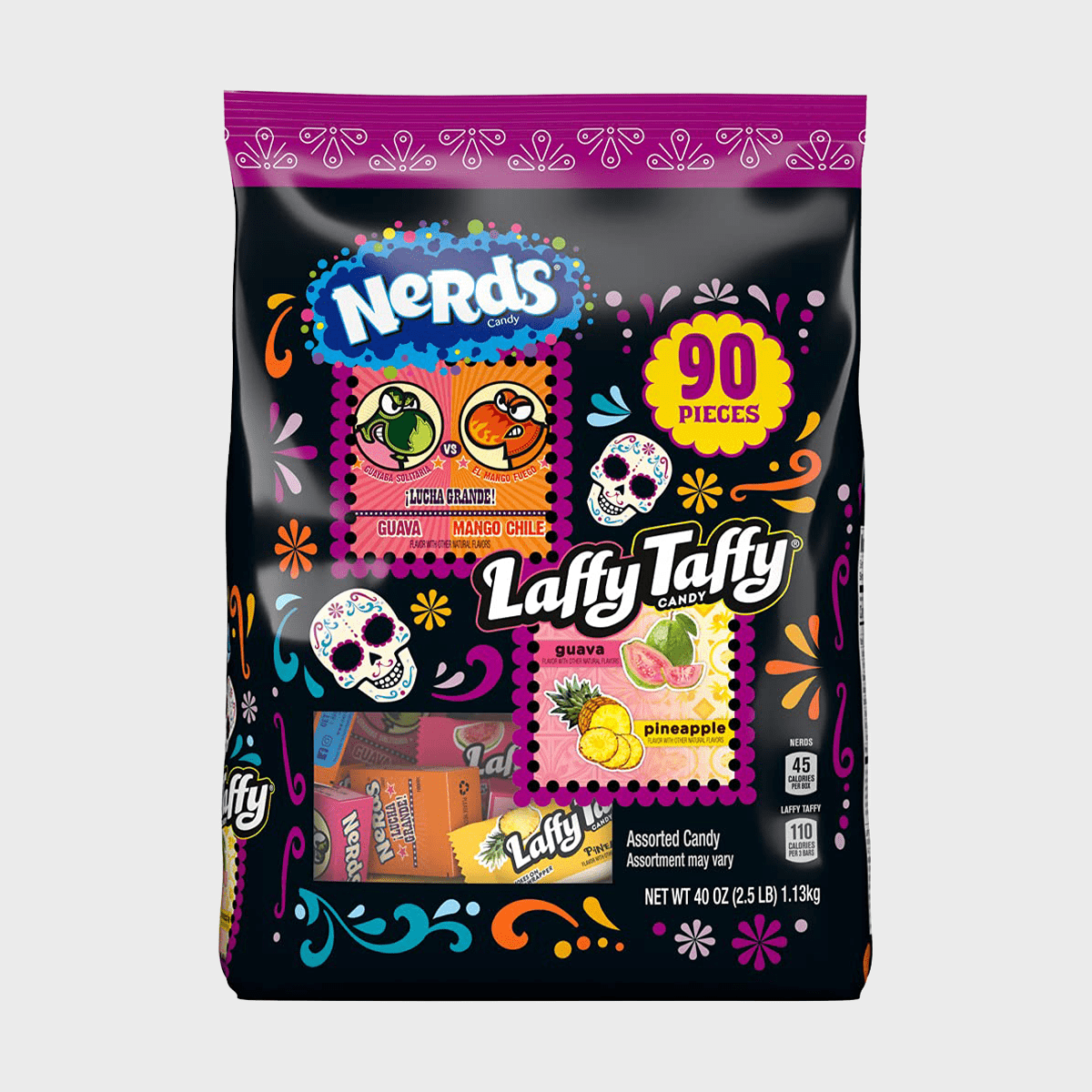 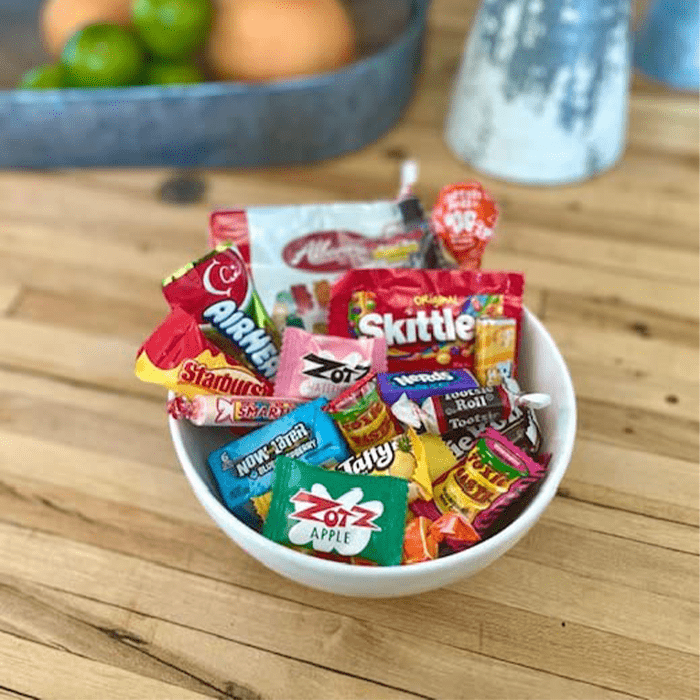 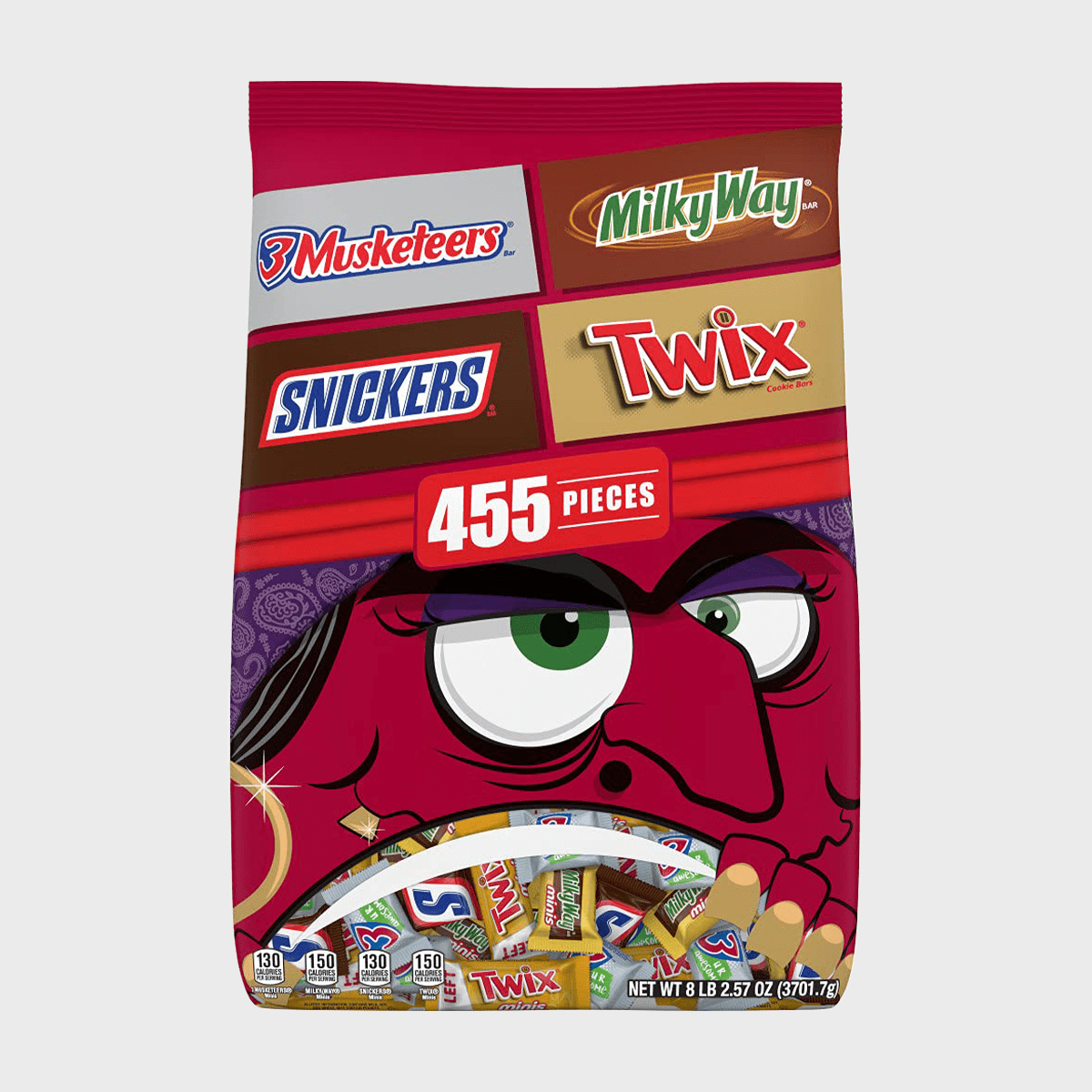 Decorating with skulls, skeletons and ghosts

Fake human bones are often displayed in silly ways on Halloween, but they’re a remnant of the ancients’ very serious fixation on the dead returning on October 31—whether in spirit or with whatever is left of their mortal bodies. The imagery of the skull may also refer to the Christian tradition of Golgotha, or Calvary, the hill on which Jesus was crucified. “The skull serves as a reminder of death being ever-present amidst life, and of our short and transitory human existence,” says Sterling-Vete. 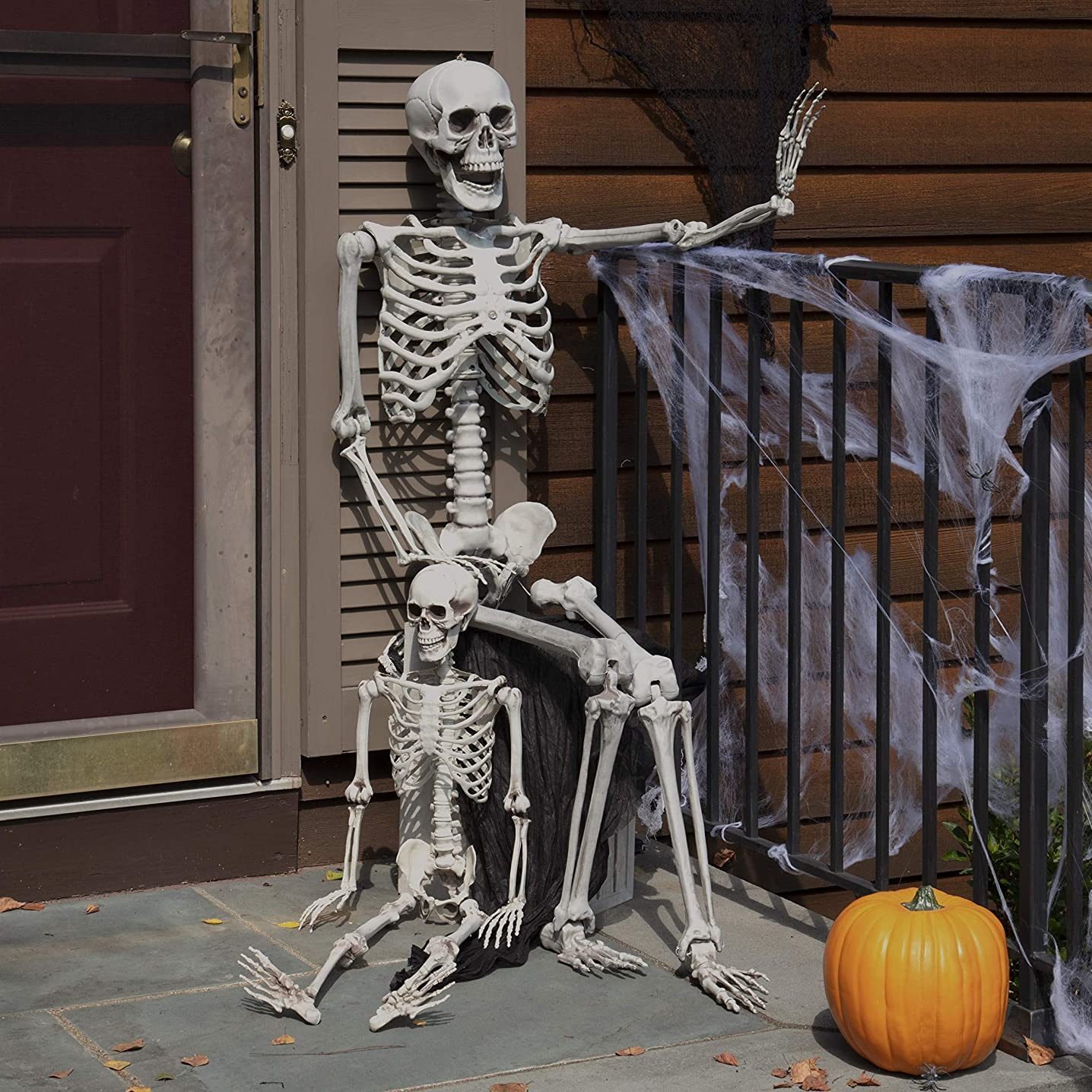 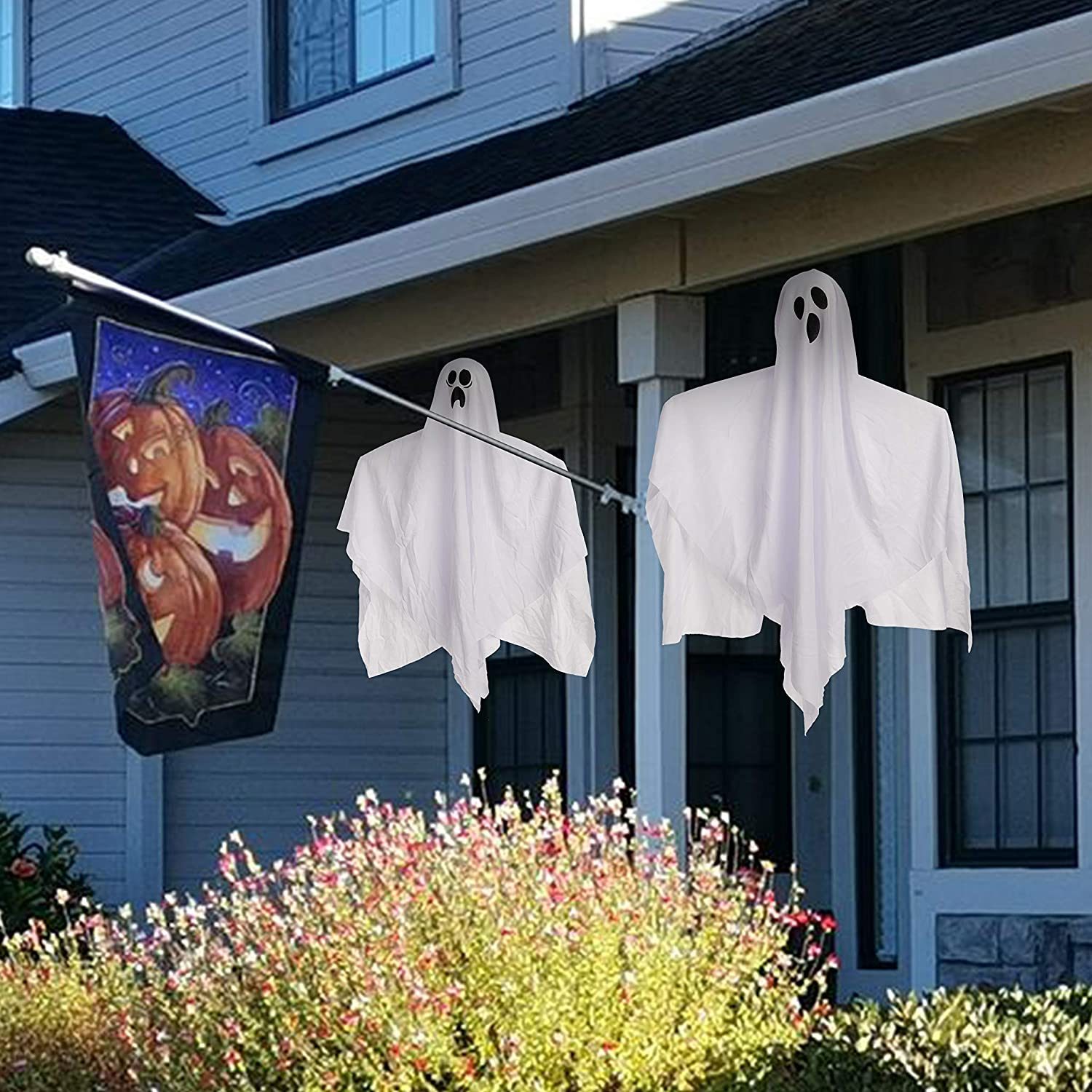 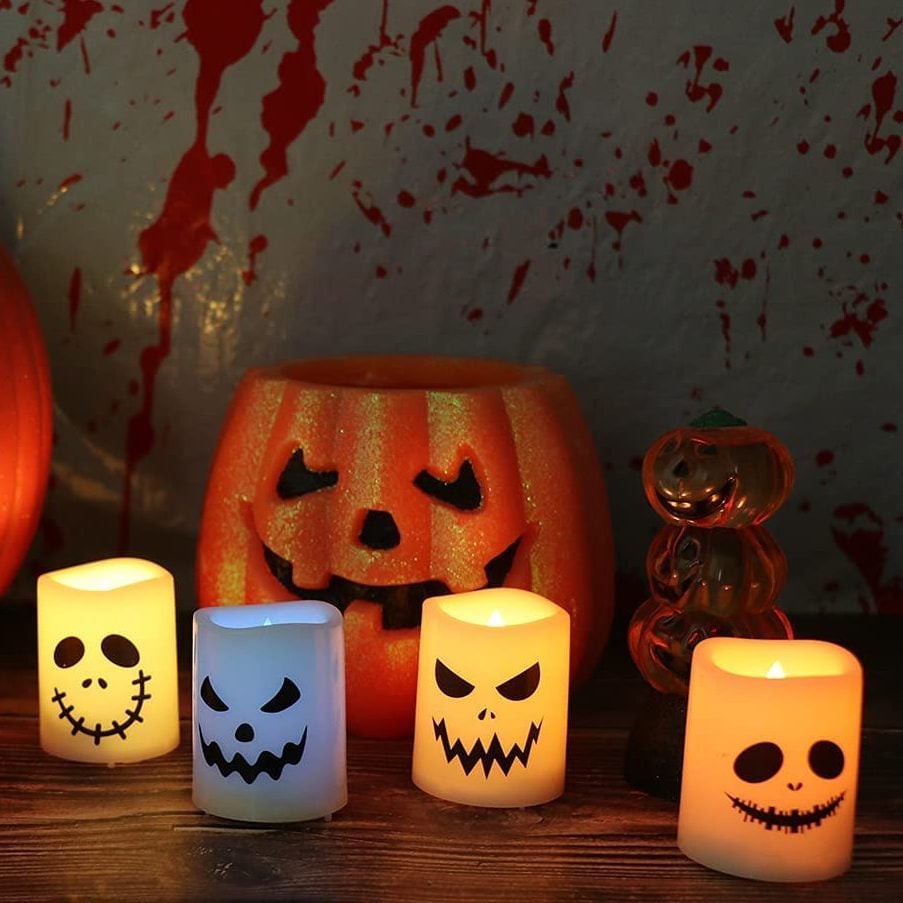 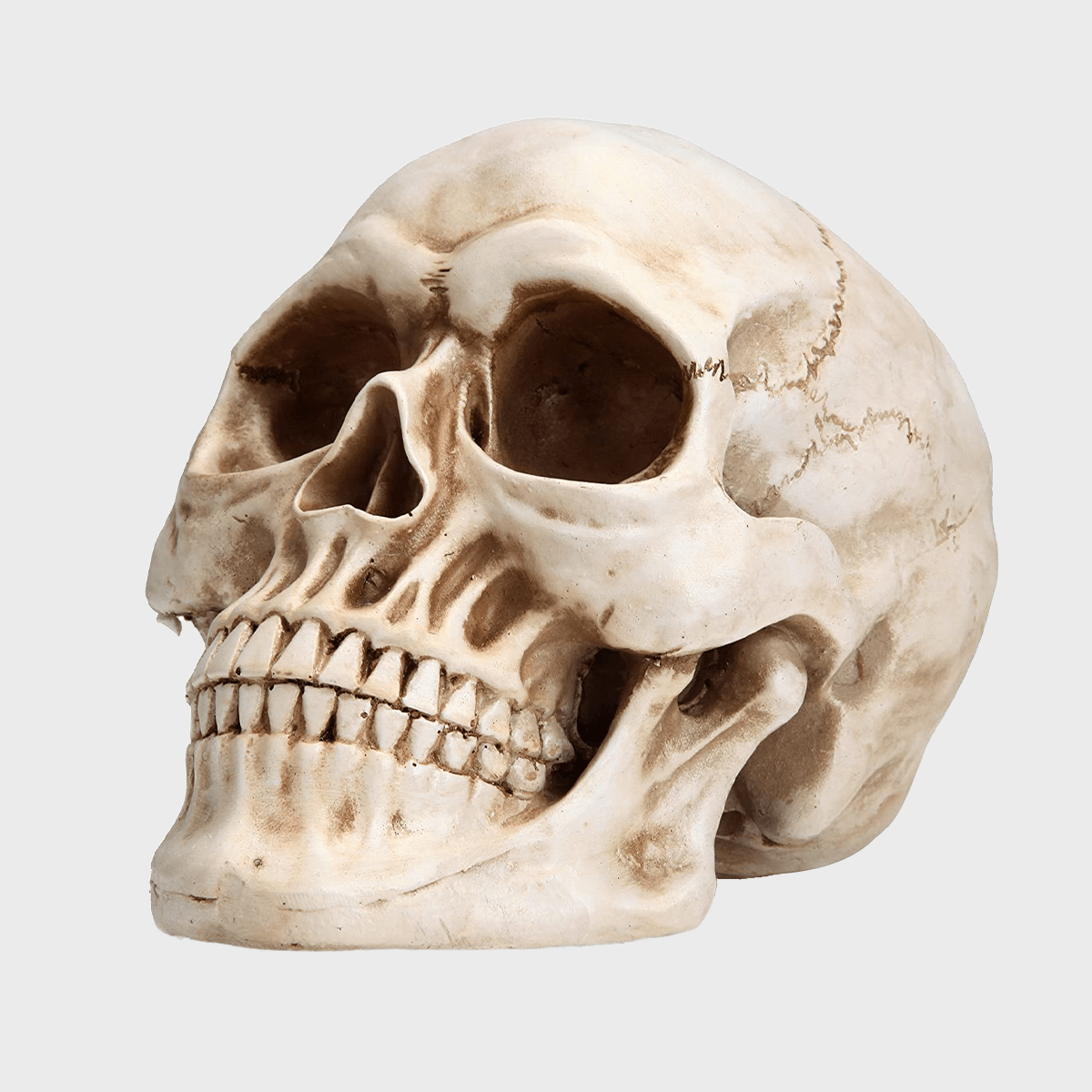 “Bogies,” or evil spirits, were a fixture in the Halloween origin story, and they live on today in the form of black cats, witches and other things seen as omens or personifications of that evil. On Halloween, scarecrows aren’t just used to scare birds away but evil spirits as well.

The harvest traditions are almost forgotten in modern Halloween celebrations (or are incorporated into Thanksgiving in November), but this classic party game reminds us of our agricultural roots. Bobbing for apples was originally a Roman party game and not related to Halloween at all, but rather true love. Apples were placed in water or hung from a string, and each was given the name of a single man or woman. Then the unwed people would try to bite the apple of the one they wanted to marry.

What’s more essential to a holiday celebration than a party? Halloween parties range in size from a family at home, to schoolwide bashes with parades, to community extravaganzas. Parties are typically decorated in the Halloween colors of black, orange and purple, along with silly or spooky decor. Then it’s all about the entertainment. Put on a scary movie, dance, sing Karaoke or try one of these Halloween party ideas if you’re stuck. 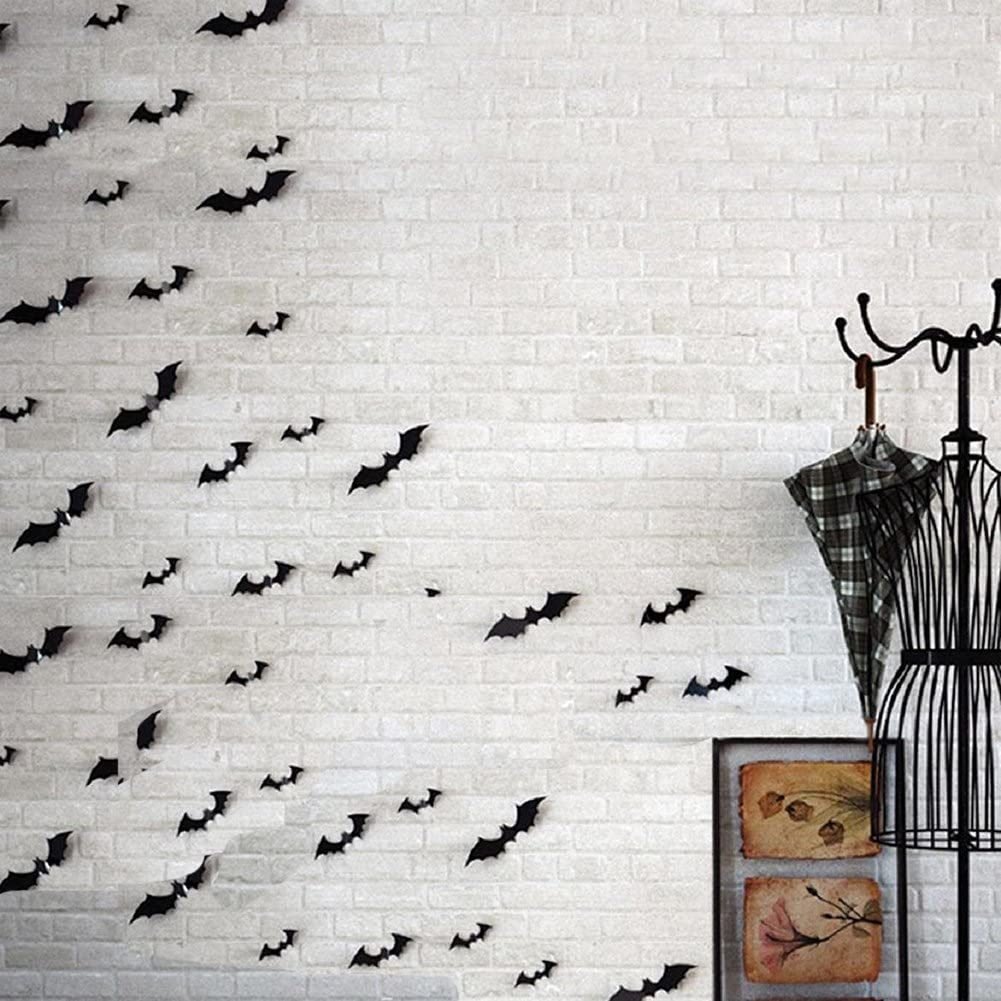 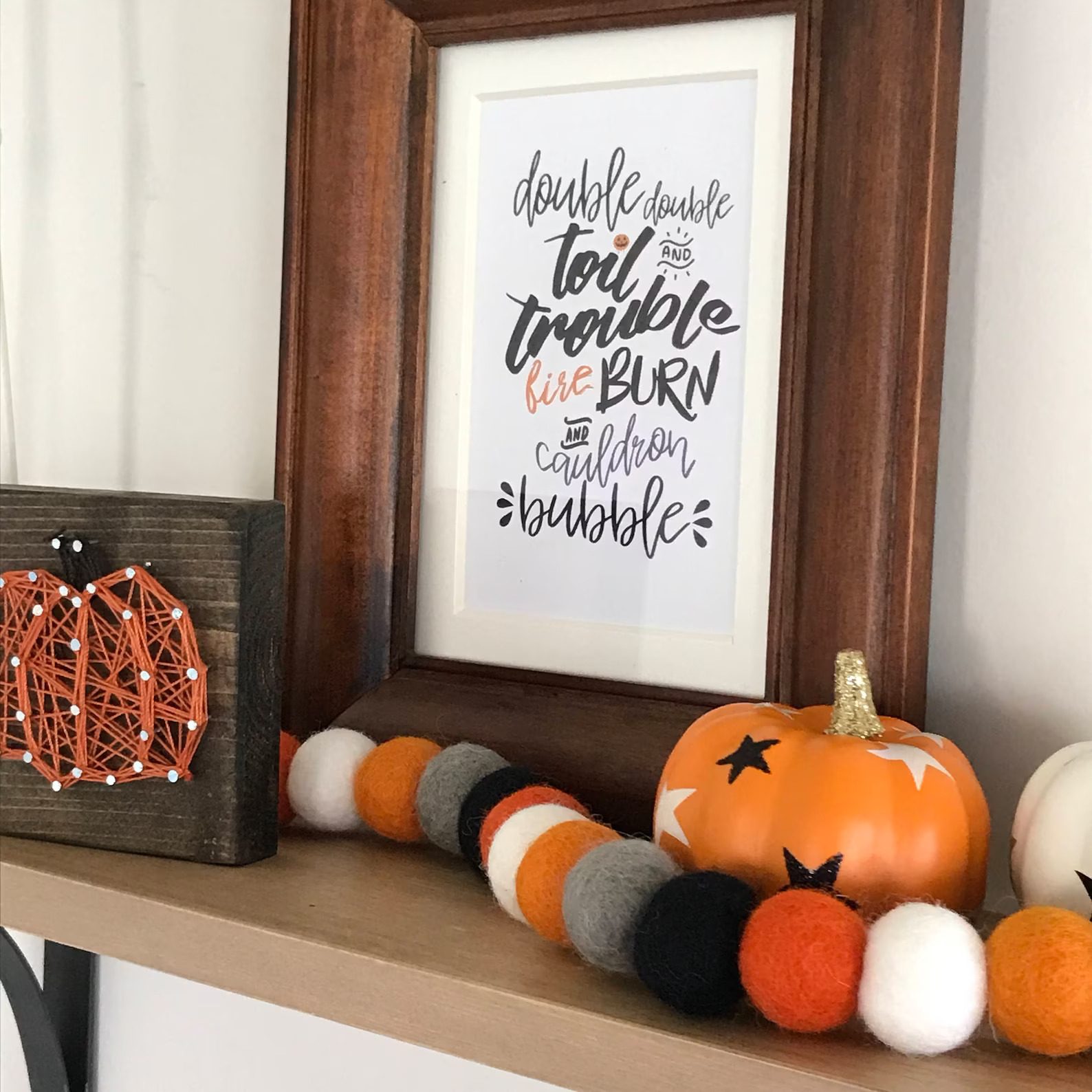 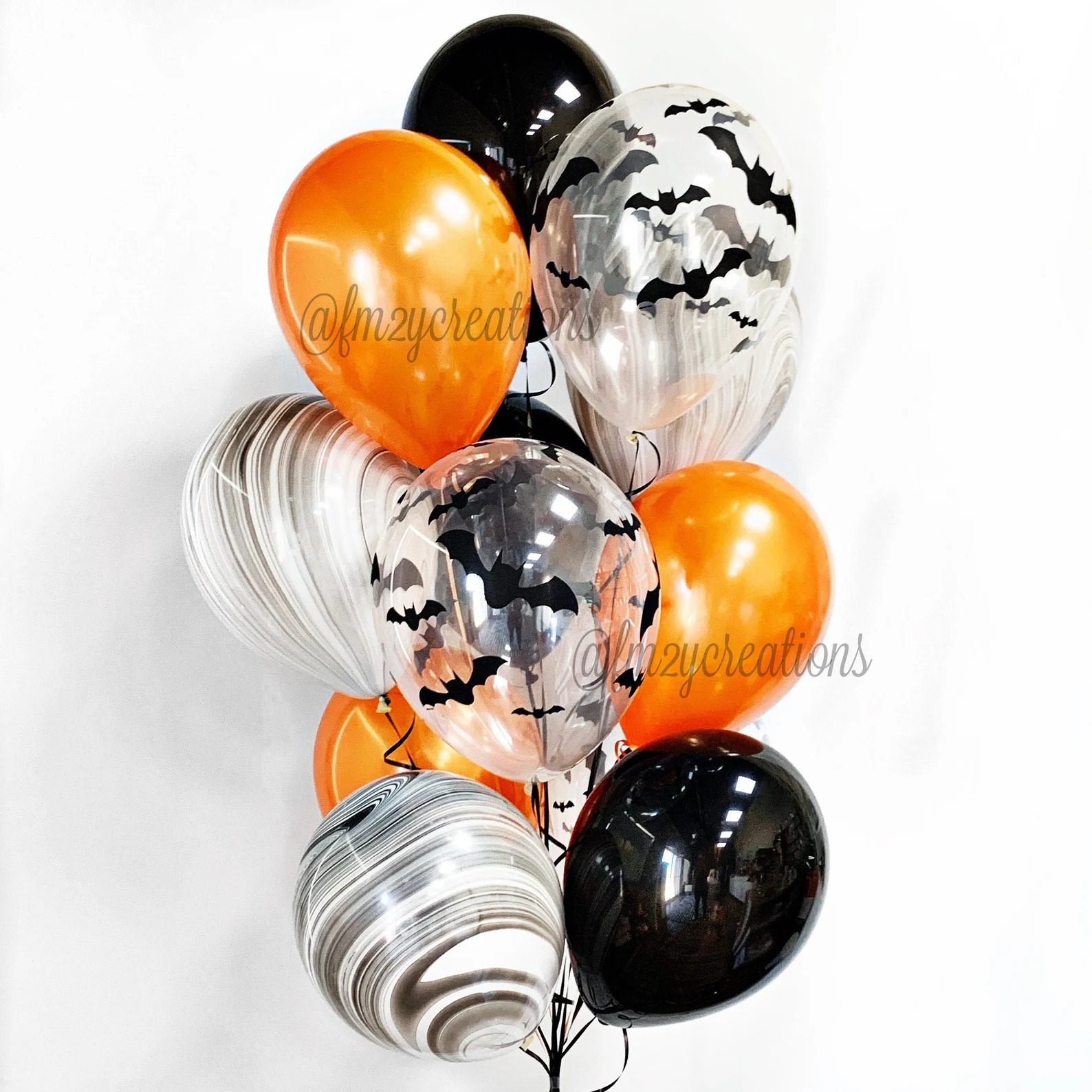 You wouldn’t be amused if someone holding a bloody knife chased you down an alley on a regular day, so why do people seek out terrifying experiences at Halloween time? Frightening situations release a flood of adrenaline, endorphins and dopamine—powerful chemicals in your brain that increase feelings of excitement, alertness and pleasure. In real life, these neurotransmitters would activate your body to fight or escape, but these Halloween activities allow us to have those feelings in a completely safe space. By the way—these are the signs your house could actually be haunted.

The best Halloween movies to stream 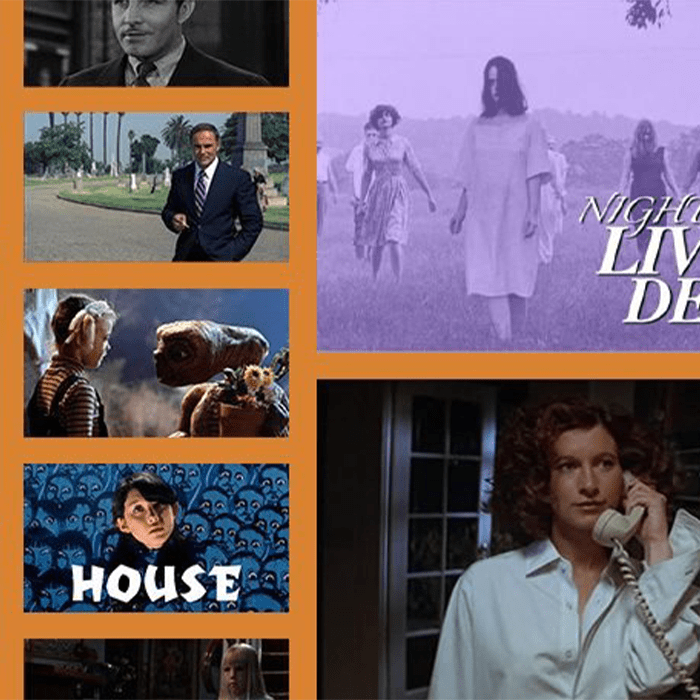 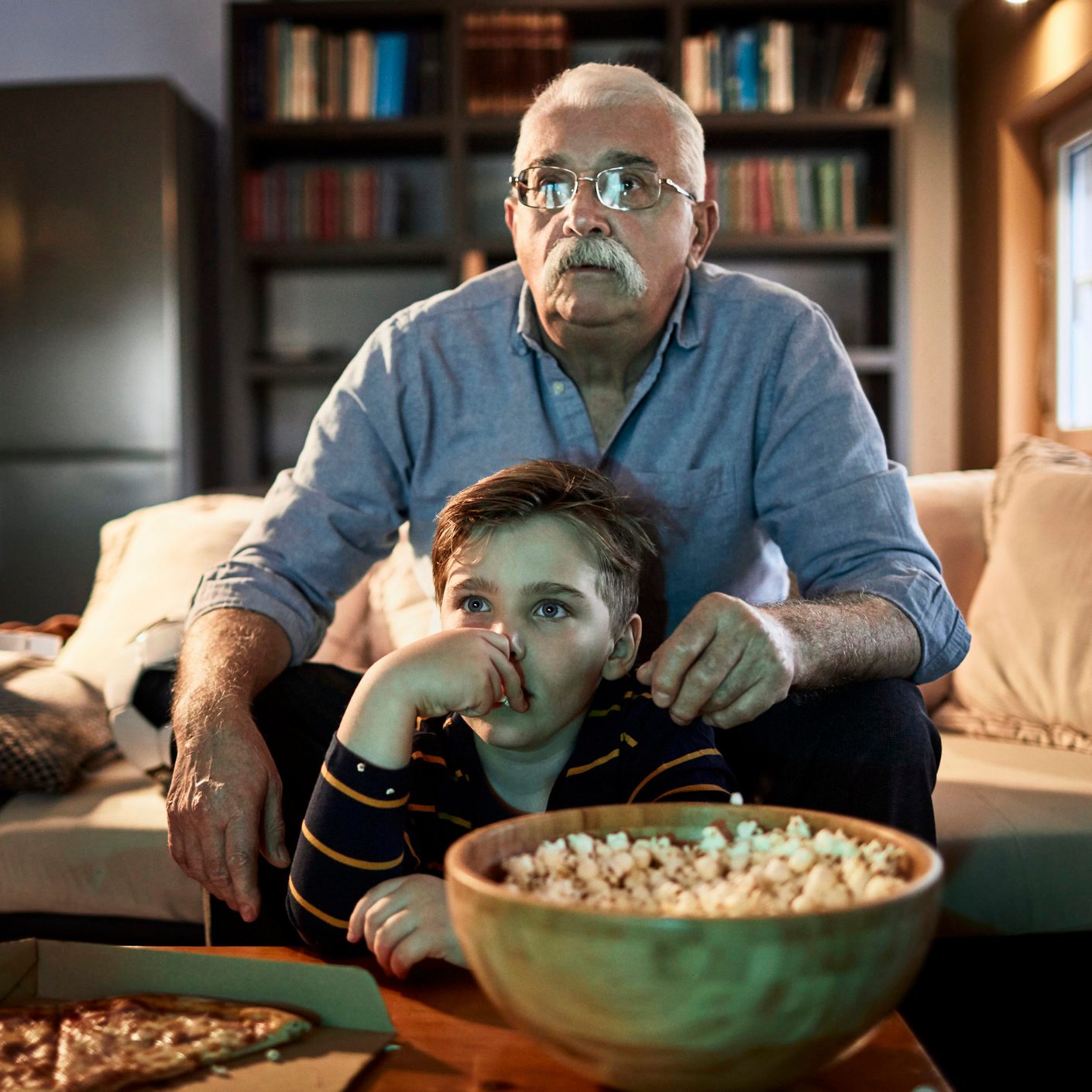 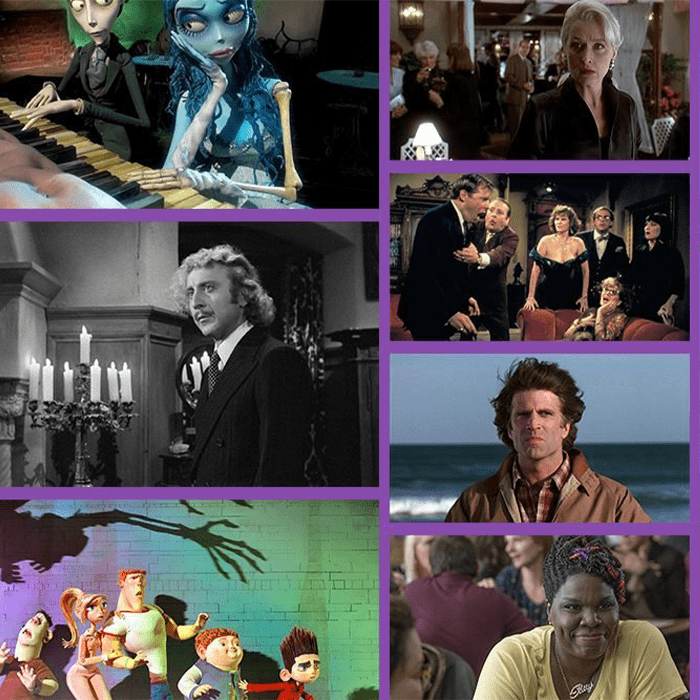 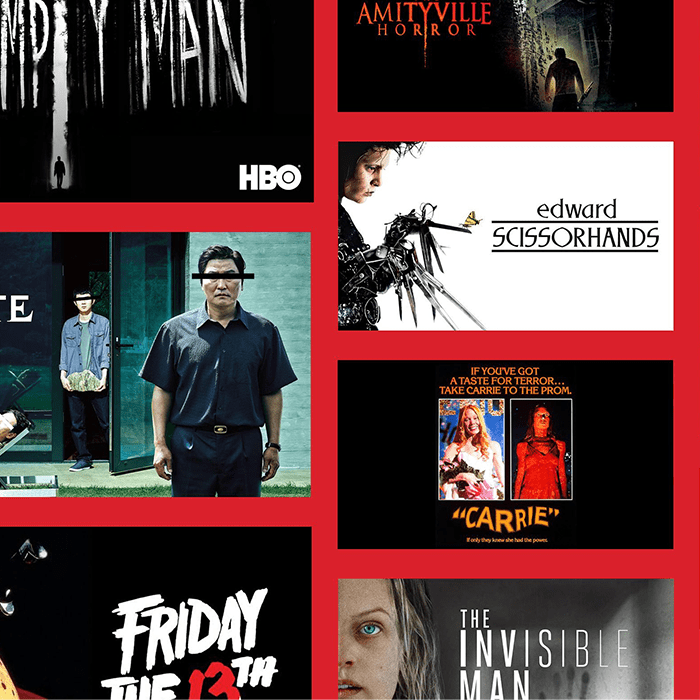 20 of the Spookiest Halloween Movies on Hulu 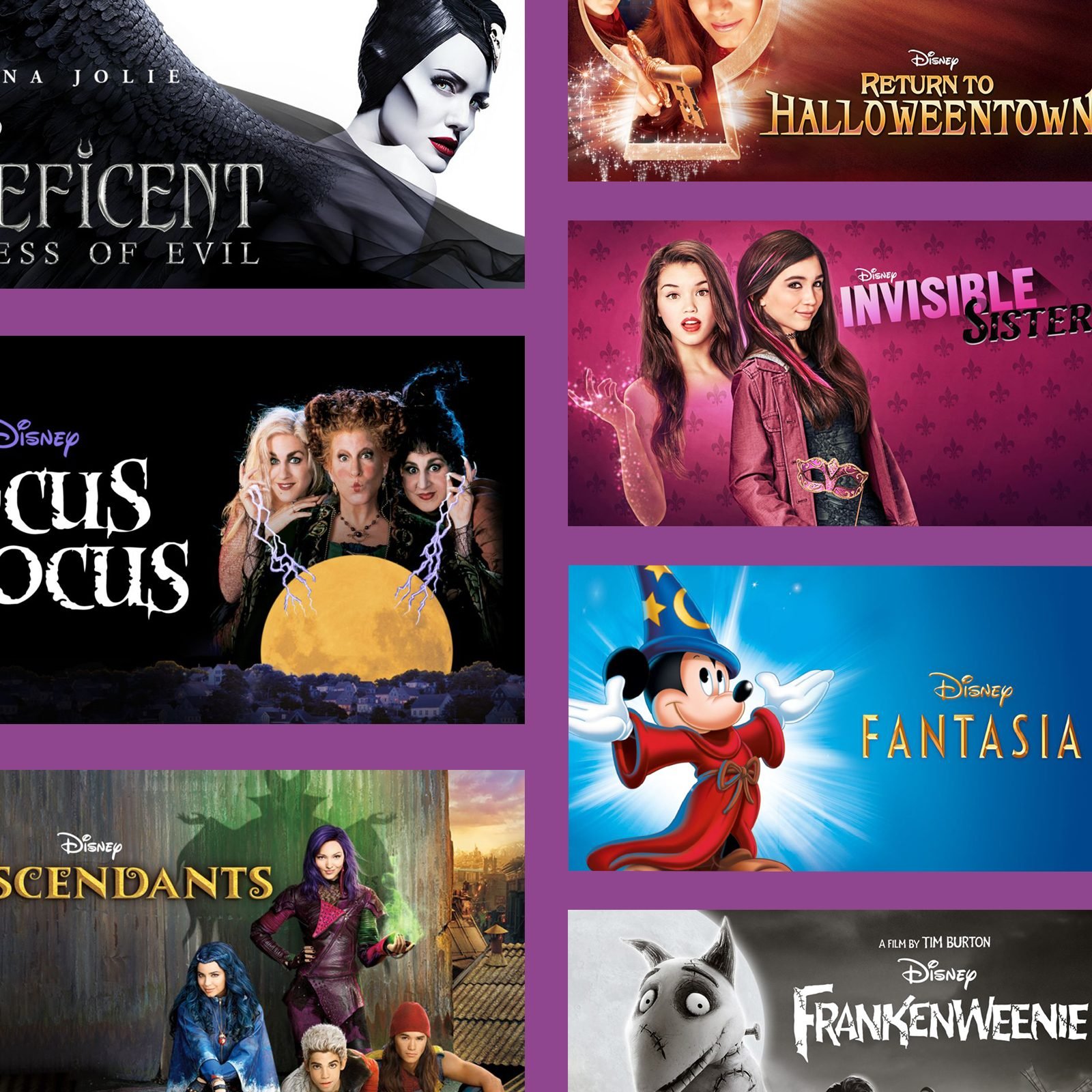 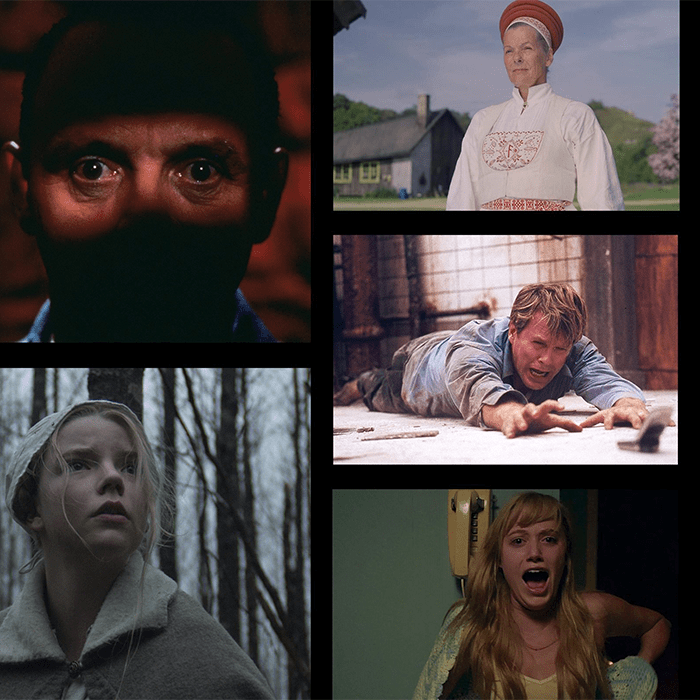 The 50 Scariest Movies of All Time

What Are the Halloween Colors?

When Is the Best Time to Buy Clothes?
25 Best Corn Mazes in America
When Is Day of the Dead? The History Behind Día de los Muertos