How to Make Fake Blood for the Creepiest Halloween Costume

Your Halloween costume will be dripping with style once you learn how to make fake blood, guts, and scabs.

Many years ago, I worked as a celebrity makeup artist. And for a while there, I trained in special effects makeup—you know, the gooey, gross, and oozing stuff that makes you gasp or peek through your hands as you’re watching a scary movie. If you’re opting for an easy Halloween costume this year and trying to figure out how to make fake blood to accent your creation, we’ve got you covered. Literally.

Making fake blood is both creative and easy, depending on your needs. The king of modern splatter makeup, Greg Nicotero, who’s best known for his work on The Walking Dead, once told CBS News that creating fake blood was “kind of—oddly—a weird art form.” He’s not wrong. And Nicotero’s creative zombie art has inspired countless Halloween costume ideas and Halloween makeup ideas.

So why should you whip up your own fake blood? Well, what is Halloween without a little gore? Plus, it’s easy, inexpensive, and really fun to make. And let’s not forget about bragging rights. You can reference it in your Halloween Instagram captions, or share a TikTok of yourself scrolling through Halloween face paint ideas and scary Halloween costumes and then pan out to an image of you stirring up a batch of fake blood.

How to make fake blood

These fake blood recipes are total no-brainers, but keep in mind that a lot of these ingredients will stain your skin and property. And remember: Don’t sacrifice safety for fun. Fake blood that comes in contact with your skin or mouth needs to be edible.

So, what should you expect from this creepy crafts experiment? The DIY fake blood should be slightly runny, like the fake blood in movies. Think Dexter and his blood spatter, and you’ll have an idea of what the texture should look like. Ready to create your own (make-believe) blood? Here’s how: 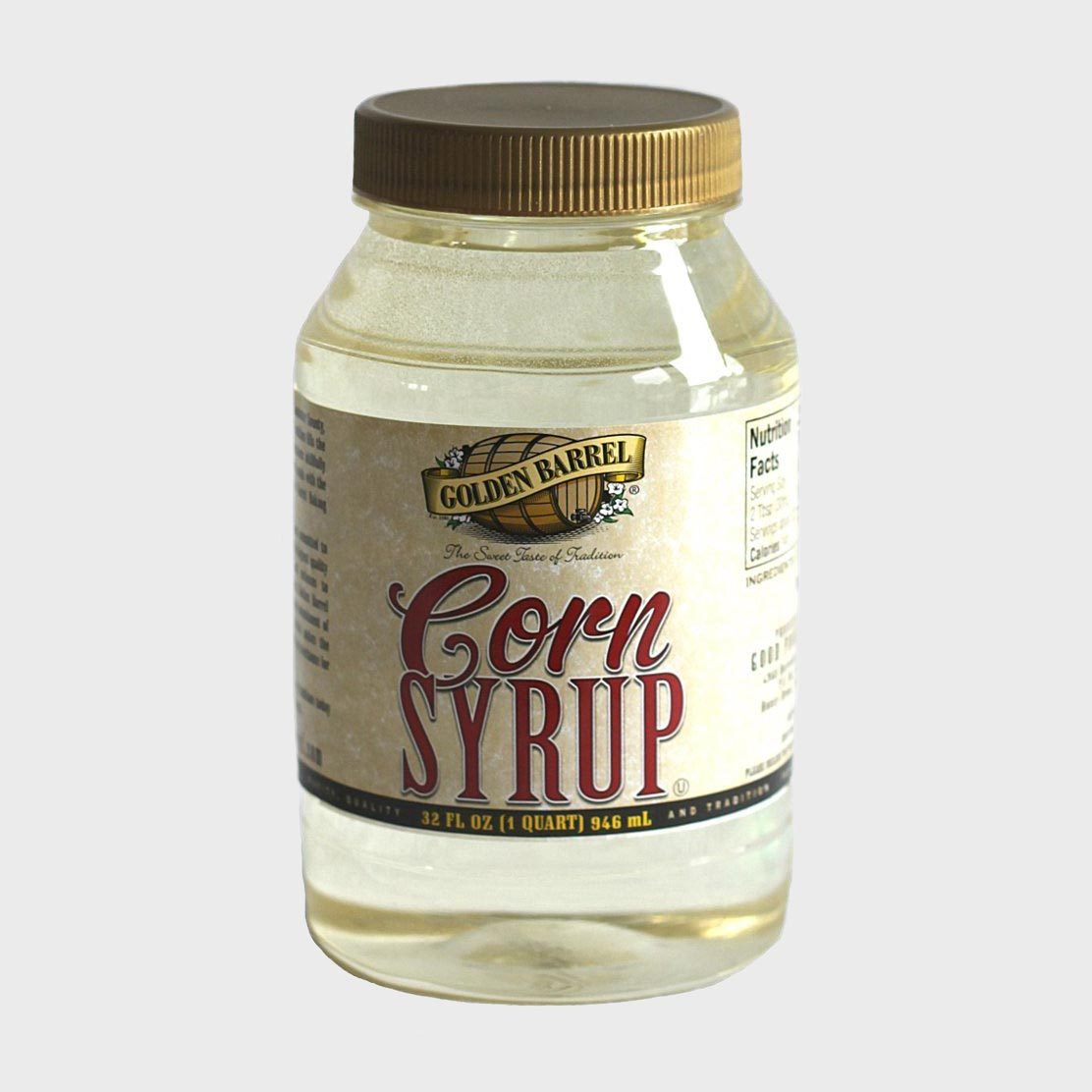 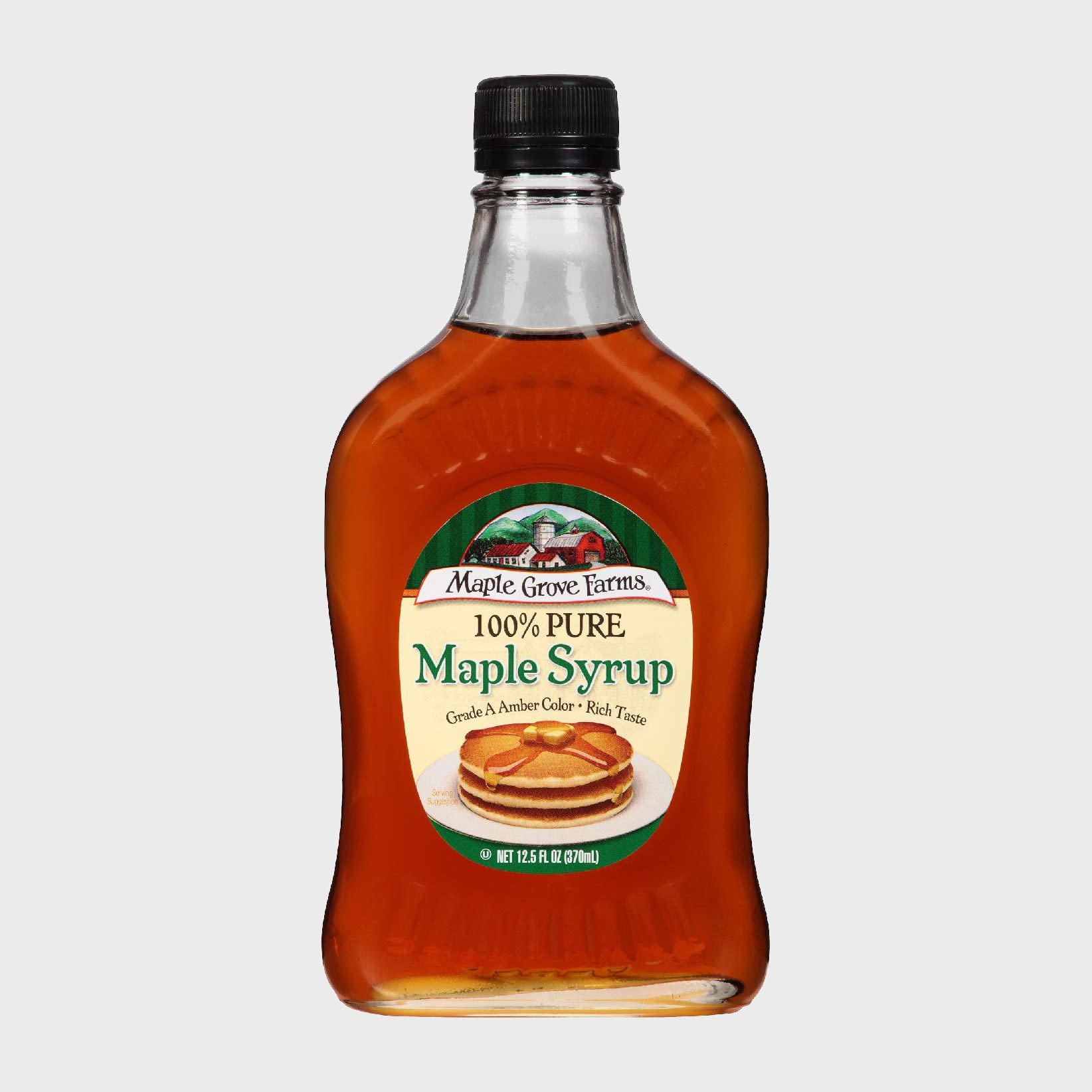 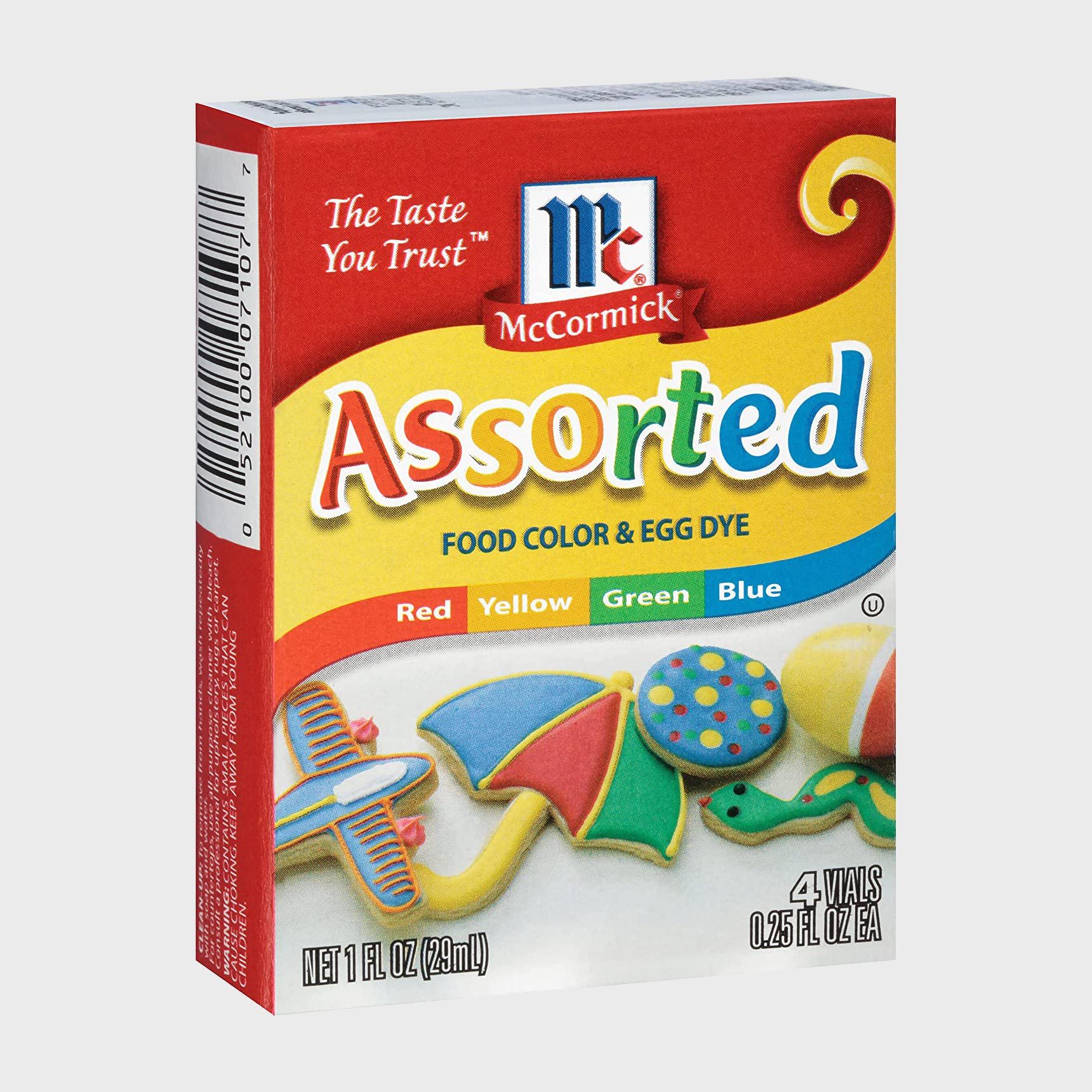 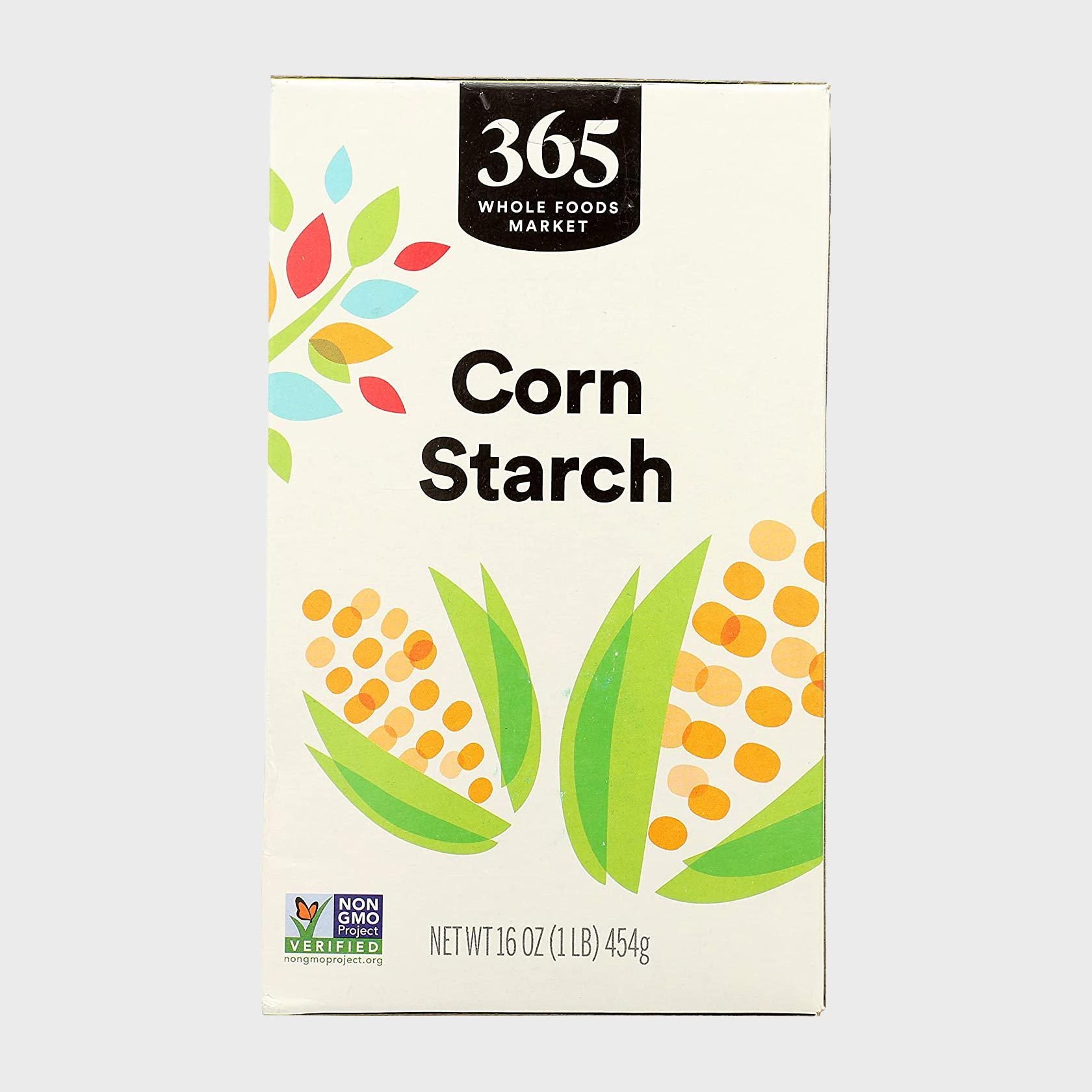 Step 1: Combine the water and corn syrup. You’re trying for runny, but not so runny that it drips off your face or body and just leaves stains.

Step 2: Slowly add the food coloring until you reach your ideal color.

Step 4: Let it sit at room temperature for 10 minutes before use.

Note: This is going to stain your skin and clothing.

The food coloring proportions are optional; only you know the exact color you’re trying to create. That said, using green and blue makes the color more realistic. Bear in mind that red and blue create purple, and green will give your fake blood the sickening look you’re trying for.

How to make fake blood for clothes

If you’re hoping to make your clothes look bloody, you’ll need to create blood that is thicker and darker. The fake blood recipe below is nontoxic and made with edible ingredients. Ideally, you’ll make a bigger batch of this fake blood so you can thoroughly soak your costume.

This fake blood recipe uses a ratio of corn syrup to water, versus exact measurements, so you can make as little or as much as you like. If you and your friends are batting around group Halloween costume ideas, consider making a single batch of blood for everyone to use. 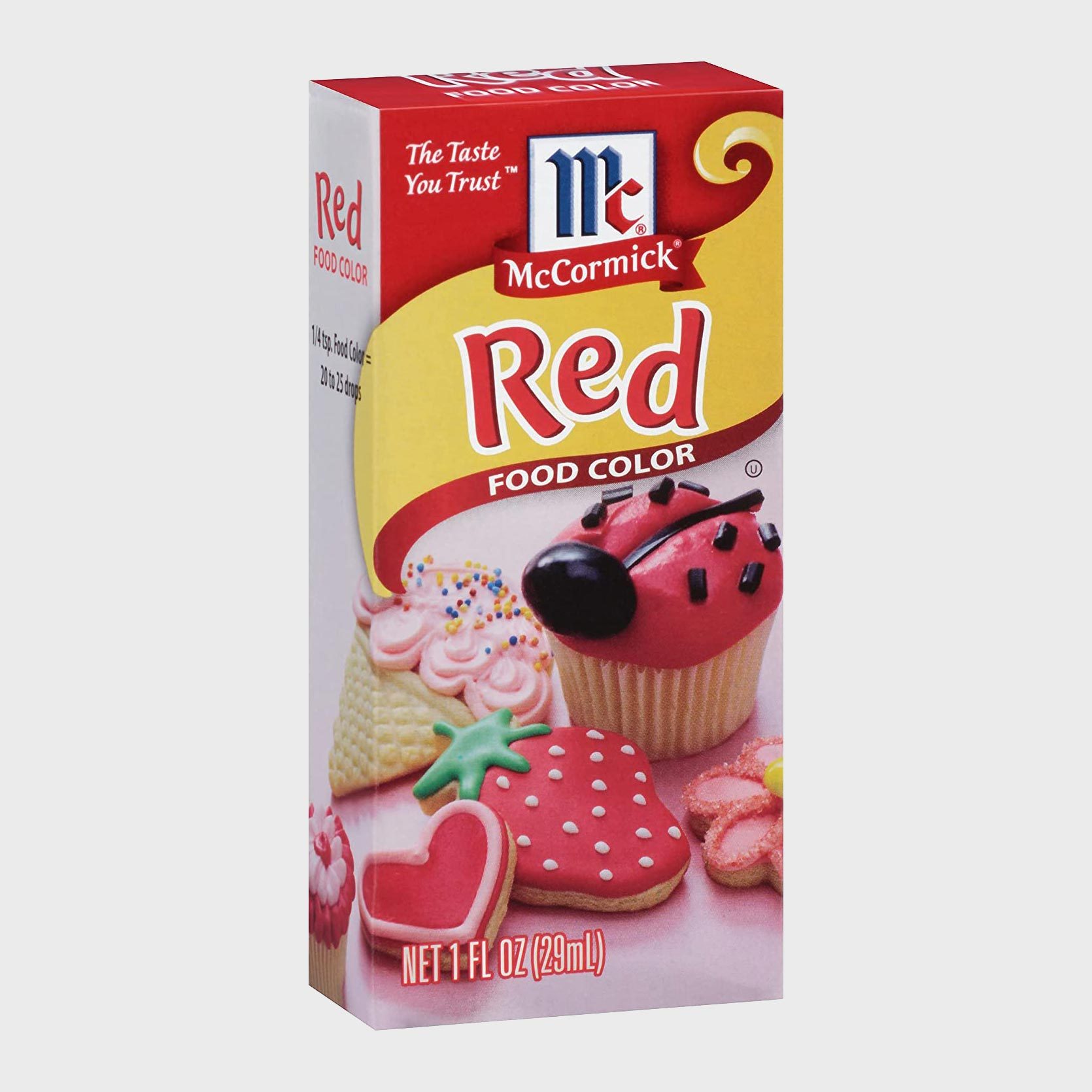 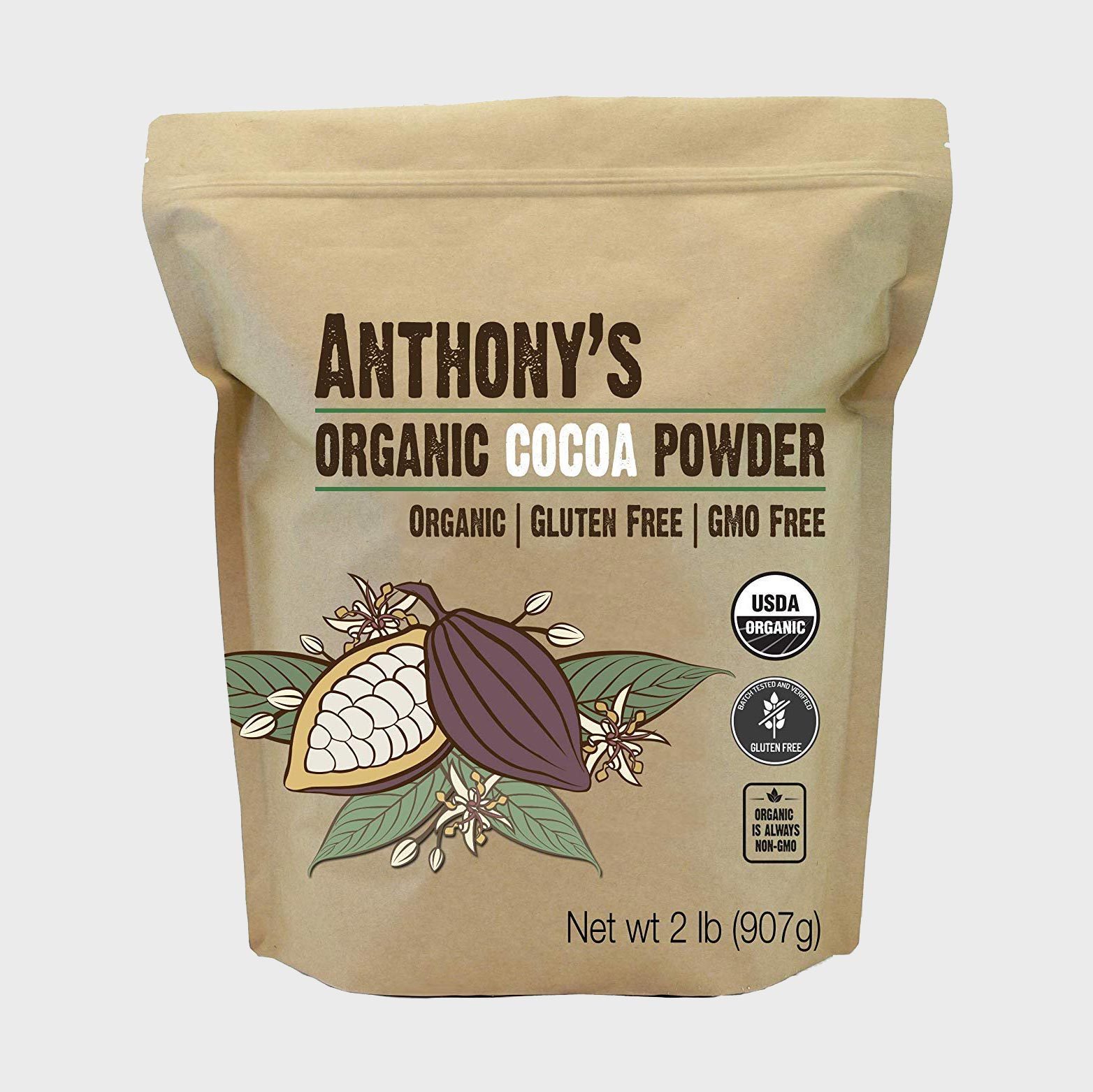 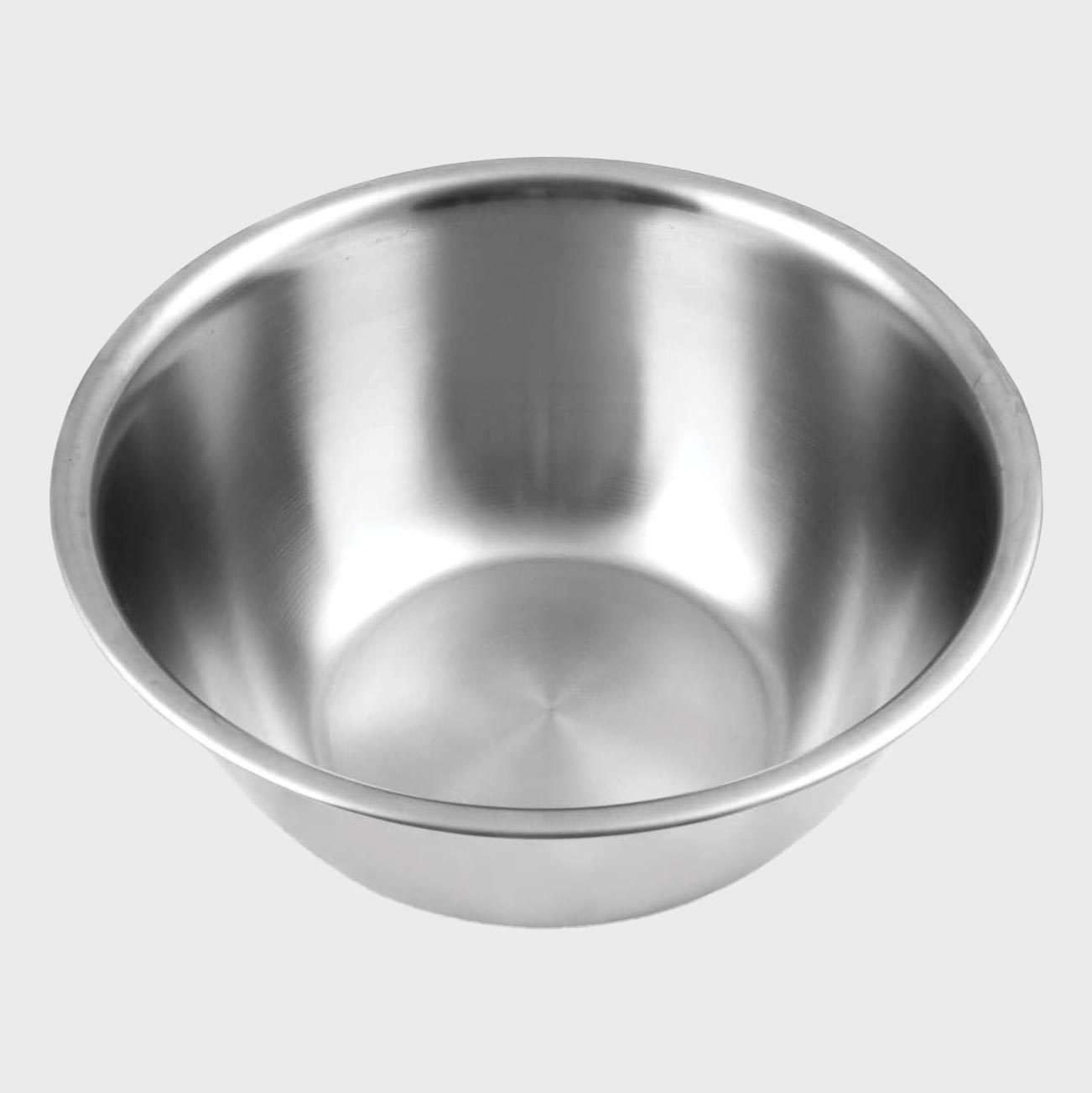 Step 2: Add a couple drops of red food coloring into the mixture while stirring continuously. Keep adding more drops of food coloring until the blood is your desired color. Stir for at least five minutes to distribute the food coloring evenly.

Step 3: Add 3 tablespoons cocoa powder to the mixture and stir. This thickens the blood. Keep adding cocoa powder, a tablespoon at a time, until the blood reaches your desired consistency. The blood will be thick but not lumpy, so it can sit on your clothing and absorb without running.

You can also try using old red paint and water, blending in blue and green paint until you have the right color and texture of dried blood.

How to make fake guts

Now that you’re comfortable with how to make fake blood, let’s up the ante and add in some guts. If you’d like to achieve the same blood-and-guts effect you see in shows like American Horror Story, we have an easy recipe. It’ll come in handy whether you’re creating teen Halloween costumes, adult Halloween costumes, Halloween monsters, or Halloween decorations that are extra creepy. 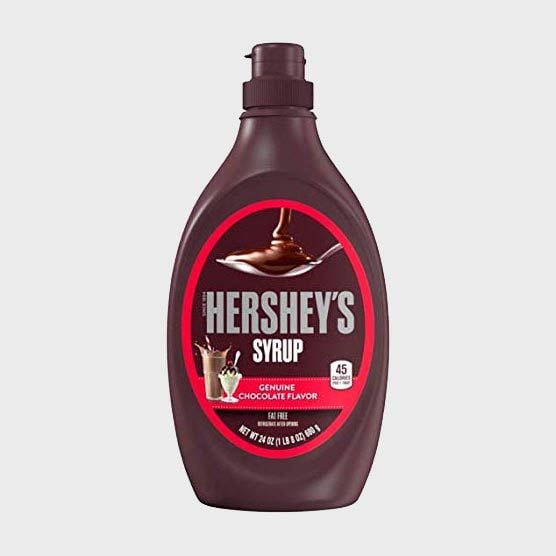 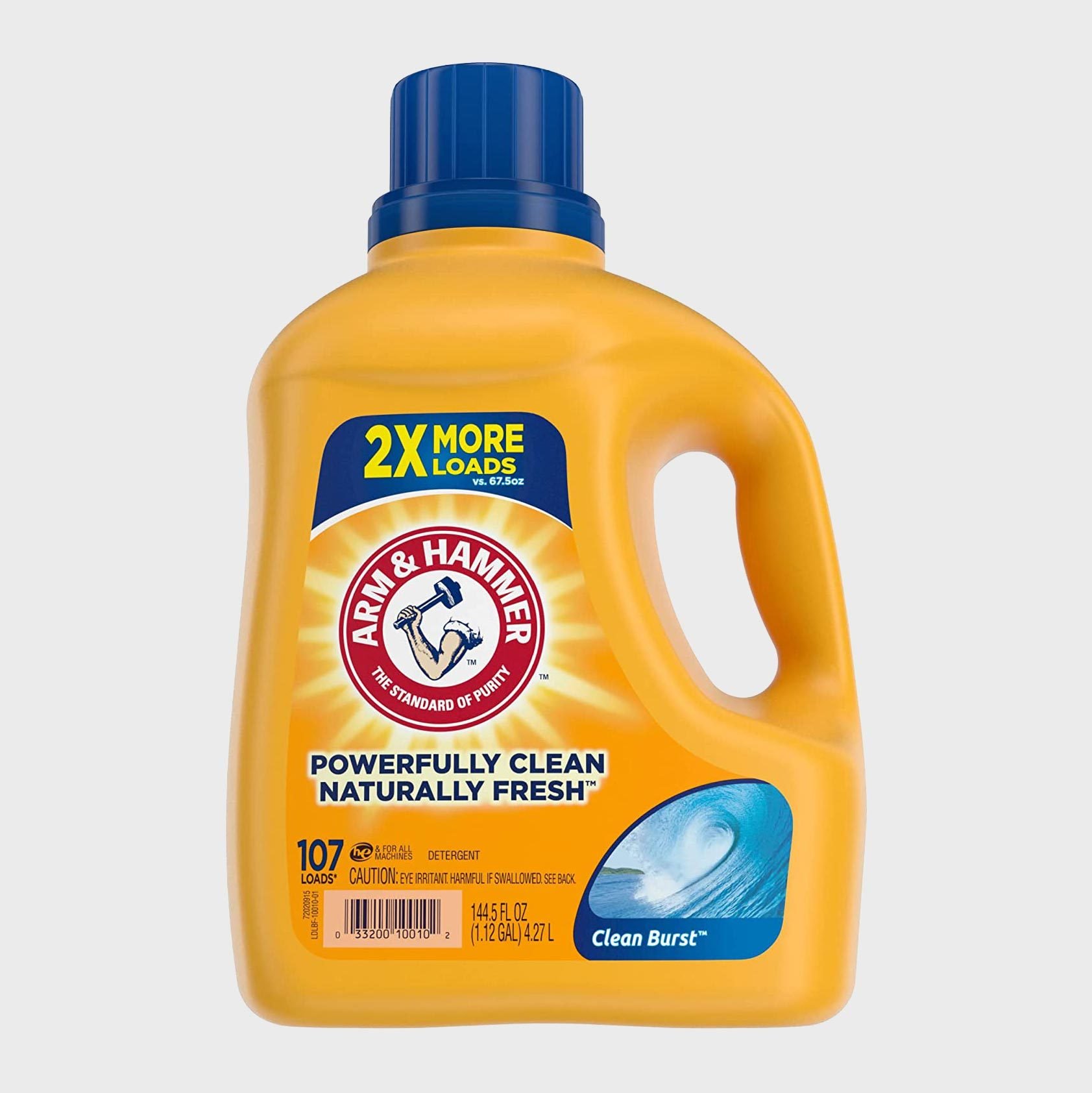 Here’s what to do to make fake guts:

Step 1: In a bowl, combine the cornstarch, water, and food coloring. Mix until you have a smooth consistency.

Step 2: Mix in the cocoa powder. Small clumps are OK; they will look like blood clots.

Step 3: Use your fingers to press the mixture against the side of the bowl to form organ shapes. You may wish to mix in a little more cornstarch or cocoa powder to firm up or darken your organs.

Now for the blood. (Important note: This blood is not edible and should not come into direct contact with your skin.)

Step 2: Arrange the guts into whatever shape you desire. Cover the flesh and organs with the fake blood. If you want the blood to be a bit runnier, thin it out with water and a few drops of red food coloring.

You can add gross clumps by using cooked oats, which take dye pretty easily. Or add peanut butter or red Jell-O to the mix. If you’re really committed to your gross DIY adult Halloween costumes or DIY Halloween costumes for kids, you can also include slices of hot dogs sticking out of your pockets or other red-looking meat products for extra ick.

How to make fake scabs

I don’t mean to give you nightmares, but when I was learning how to do special effects makeup, we used a lot of mortician’s wax to get the shapes we liked for scars or scabs. We’d hide squibs (miniature explosive devices that shoot out fake blood) under the wax, and then when someone was (fake) cut, the blood would shoot everywhere. Good times!

Want to create your own fake scabs for your solo or couples Halloween costumes? Here’s an easy recipe. But if you have sensitive skin, don’t even think about trying this. And if you’re hairy, you might want to consider shaving the spot underneath your DIY scabs. 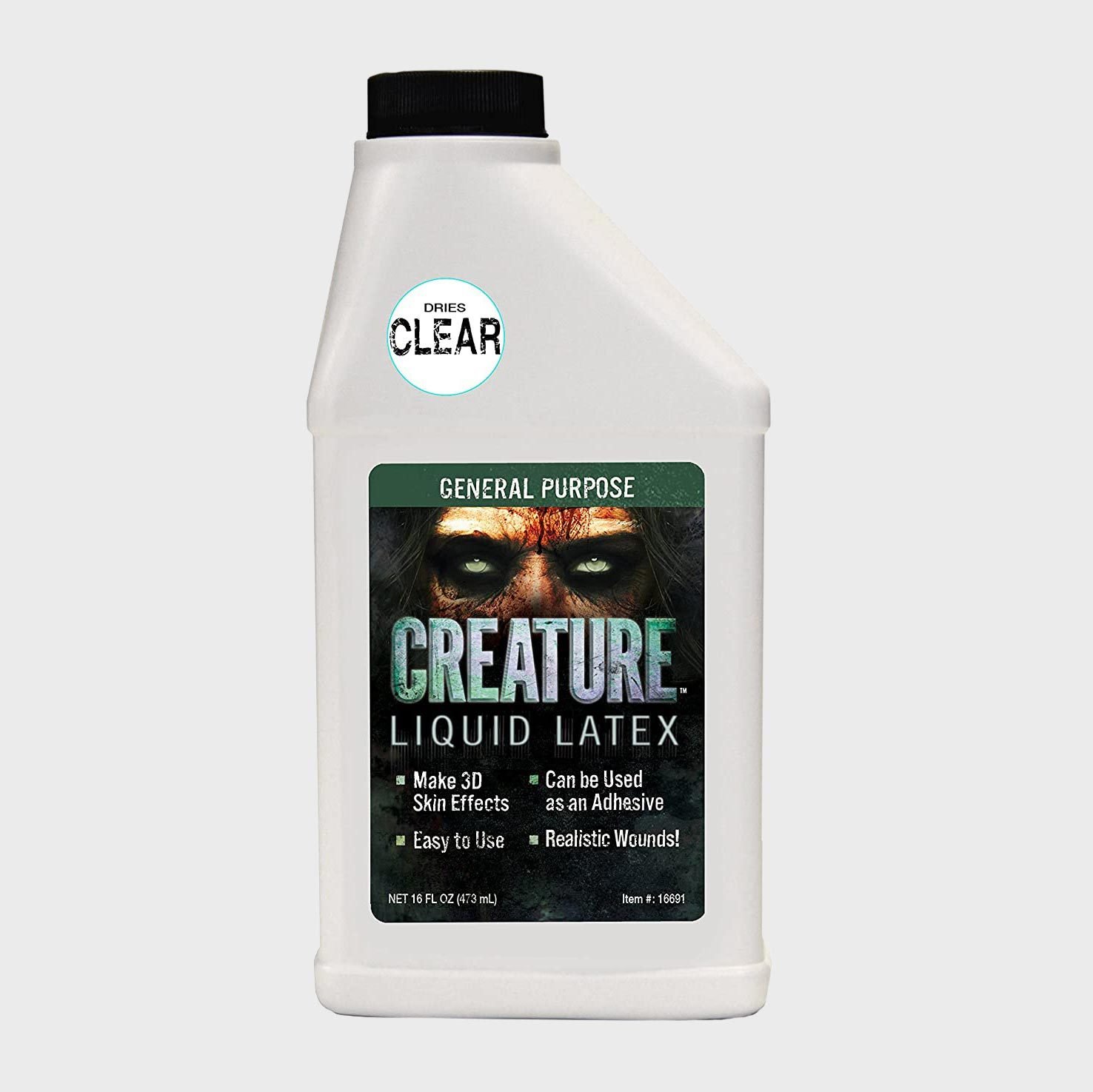 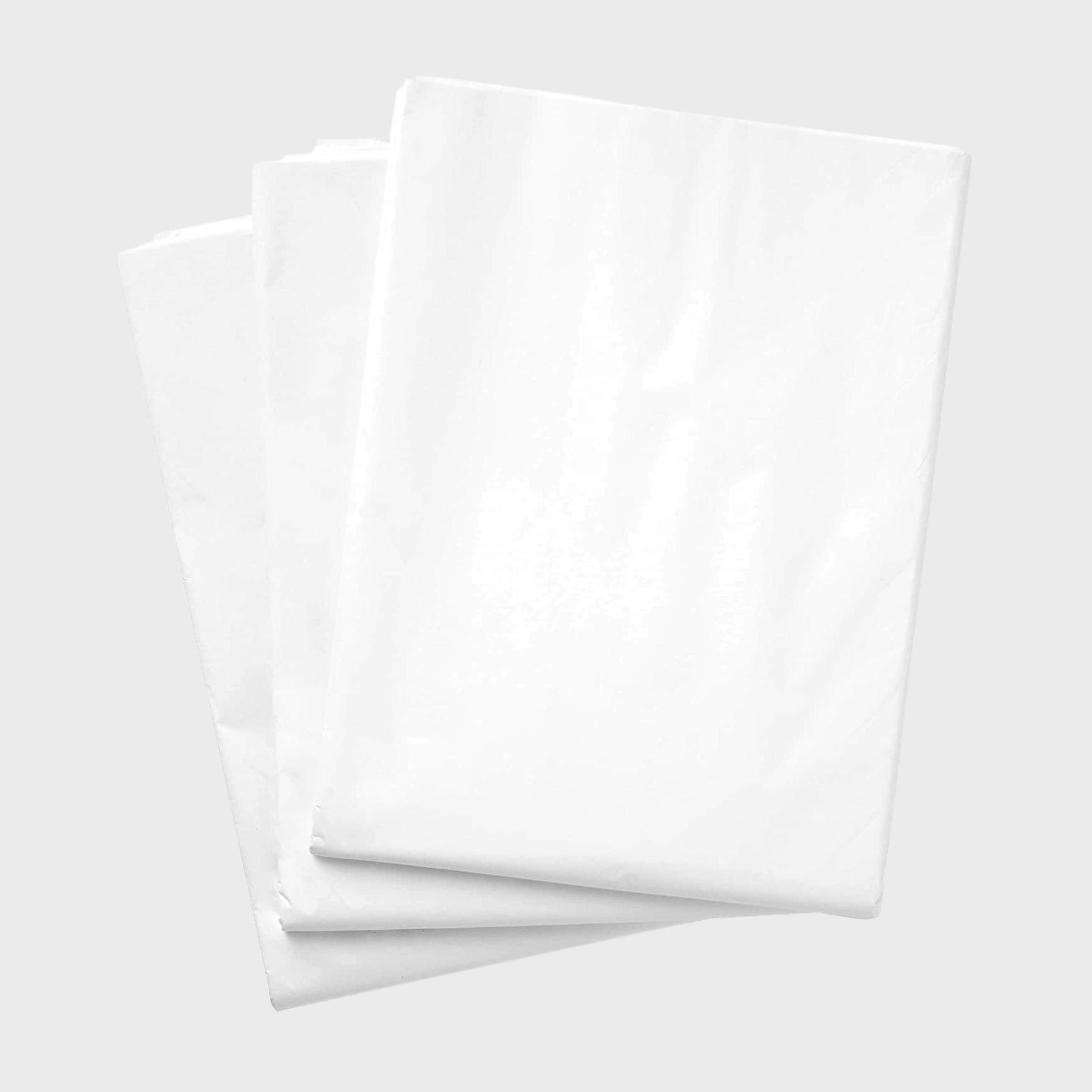 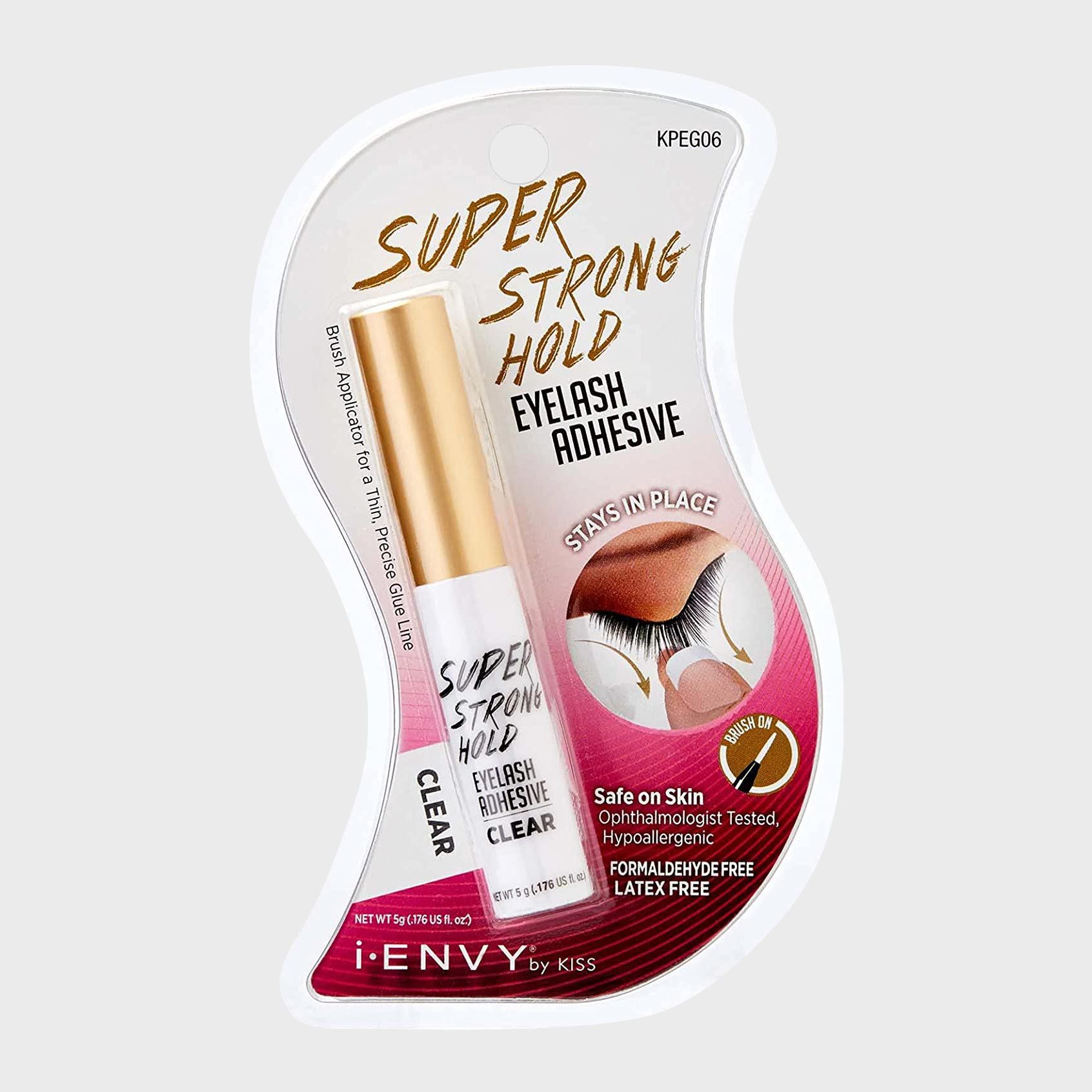 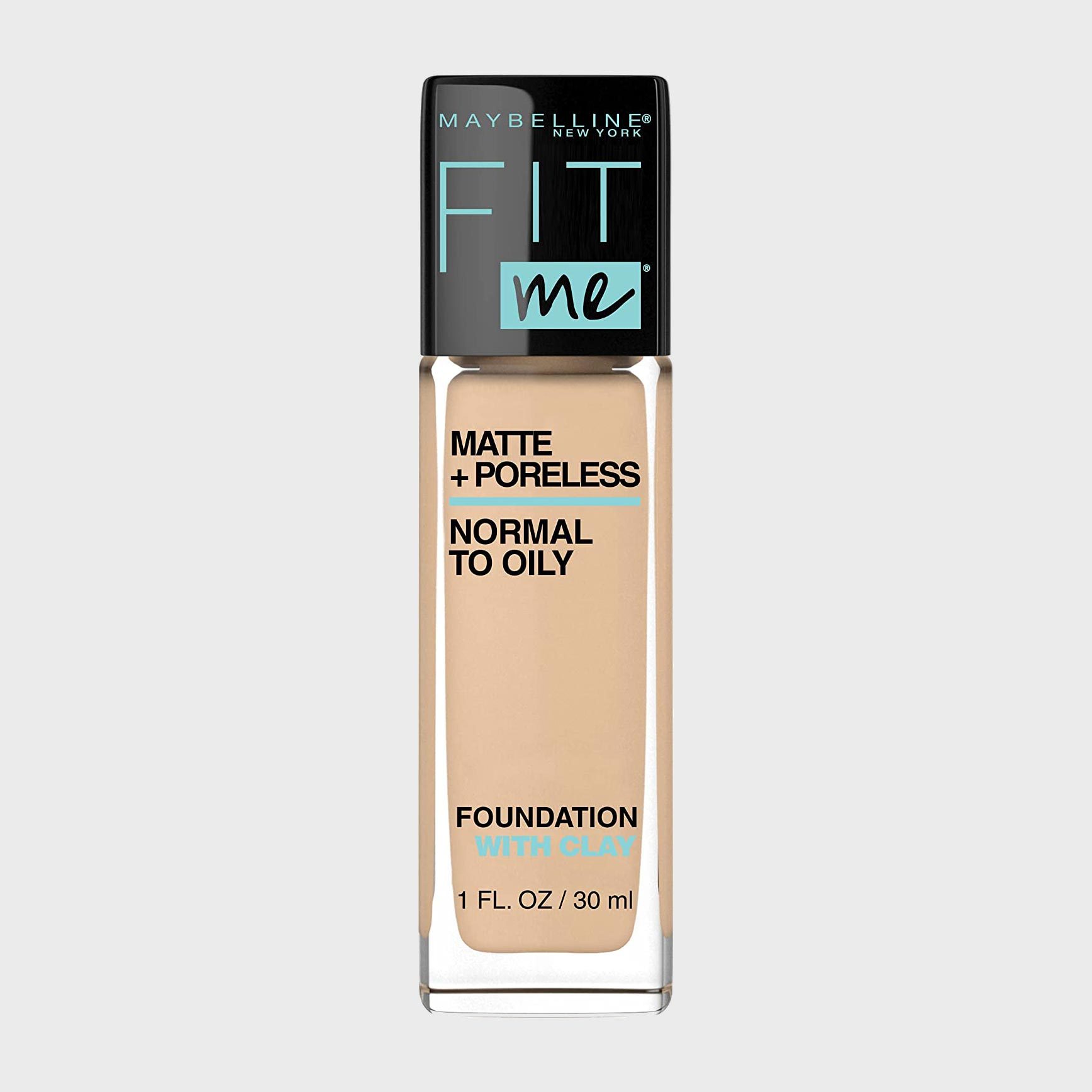 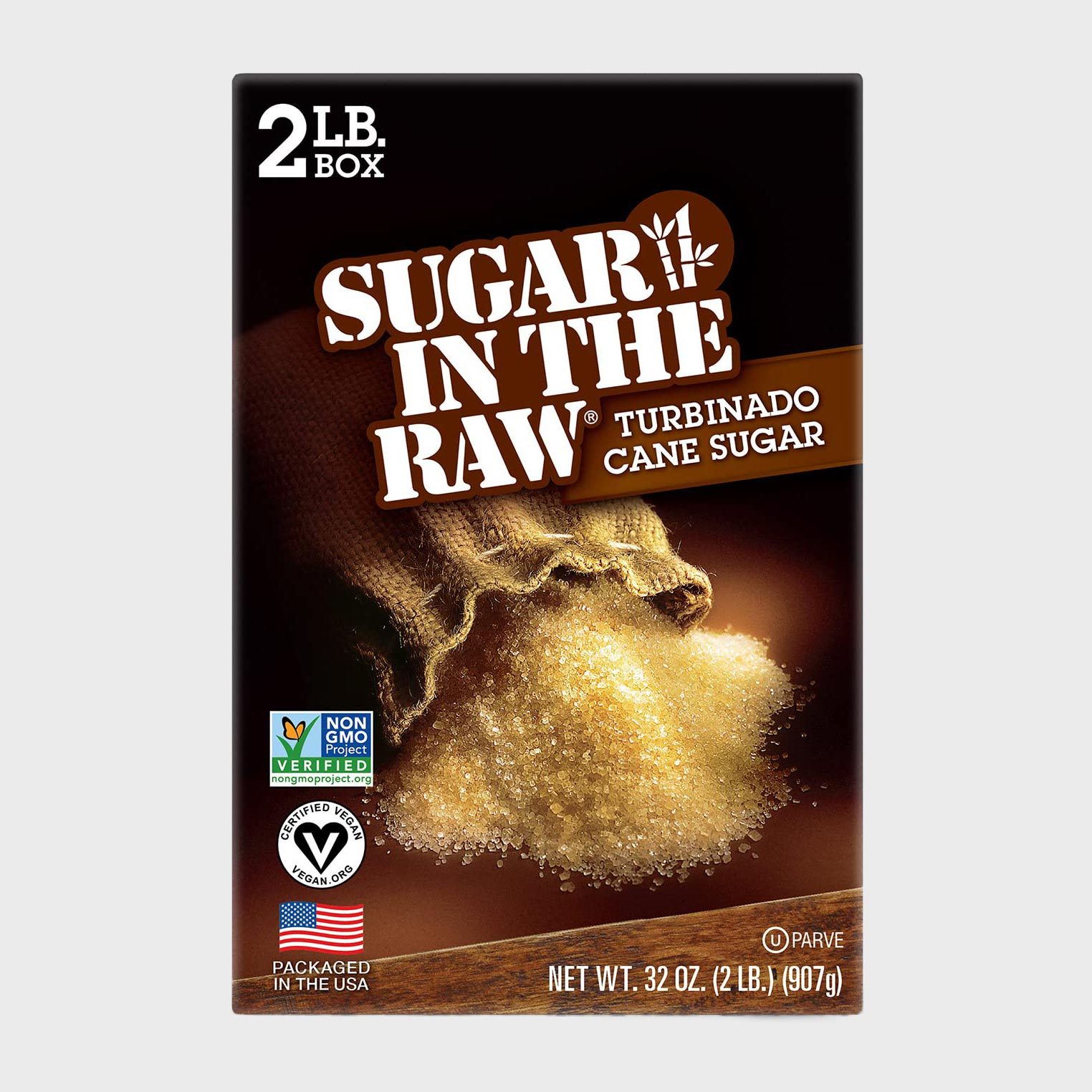 Sugar in the Raw Turbinado

Step 1: Brush a layer of liquid latex on your skin. Before it dries, add a piece of tissue paper cut to size. Let it dry.

Step 2: Repeat with another layer of latex and another piece of tissue paper. Do this until you have several layers that are a bit higher than your skin. (You can also do this on a piece of plastic wrap and then glue the entire thing to your skin using eyelash glue or similar.)

Step 3: Use a brush to color the tissue paper with foundation. This can be done layer by layer or at the end.

Step 4: When you like the look of your new scab, you can gently cut into the center, so it looks like it’s still healing.

Step 5: Paint some of the fake blood on top of the scab and sprinkle on some brown sugar, enough that it doesn’t all melt. You’re not going for perfection but rather something just gross enough.

Another slightly more pricey trick is to use silicon scar-healing gel. Apply a bit until it dries and then blend in fake blood until it looks lumpy and scabby.

There you have it: super-creepy (yet surprisingly easy) instructions for how to make fake blood, whether you’re planning costume ideas for men, women, or children.

Costumes Based on Zodiac Signs

Rachel Weingarten
Rachel Weingarten is an award-winning freelance writer specializing in beauty, fashion, lifestyle, career/business and tech. She's the author of 3 award-winning books, and co-founder of a national non-profit, the RWR Network.
Now Trending
Are Purple M&M’s Being Added to Your Favorite Chocolate?
57 Creepy-Fun Outdoor Halloween Decorations You Need This Year
41 Cheap Halloween Costumes for Kids Basically Anyone Can DIY