April 1 may be the most hilarious day of the year, especially when you're the one orchestrating one of these silly practical jokes on your significant other.

It’s the day you’ve been waiting for all year: April Fools’ Day. Don’t let your annual opportunity to play a harmless practical joke on the most important man in your life slip by without a good laugh. Since April 1 is just around the corner, now’s the perfect time to start planning a funny April Fools’ prank. First, brush up on the origin of April Fools’ Day, then use these 20 April Fools’ pranks for boyfriends as inspiration for your big moment. Of course, don’t forget that turnabout is fair play, so be sure to keep your own guard up all day long!

If your guy is very astute and maybe a little obsessed about having everything in its rightful place, it’s time to rearrange his world with this April Fools’ prank for boyfriends. When he’s not around, take each hanging picture off its nail and switch it with one from another room—at the end of this game, each painting is now hanging in a different place. When he notices, act like he’s wrong and they’ve always been just like that. This could also join the ranks as one of the 19 best April Fools’ pranks to play on your parents, especially if they’ve lived in their house for decades.

Is your boyfriend a little bit horrified by how much stuff you order online? Take it to the next level by saving 20+ empty boxes from your recent deliveries (break them down and hide the stack of flat boxes somewhere he won’t look). Get up super early on April 1, tape all the empty boxes back together, and cover your front porch and sidewalk with these “new deliveries.” Then, watch the blood drain from his face as he mentally calculates how much money you must have spent on who-knows-what.

If he’s a good sport, it’s safe to try this April Fools’ pranks for boyfriends. Take a large onion, peel off the skin and cover it in ooey-gooey caramel sauce. Then roll it in his favorite chocolate candies. Place this irresistible-looking concoction on a plate and offer him the first bite (but don’t let him cut it into wedges). Look thoroughly shocked when he discovers it’s not an apple.

If your boyfriend relies on technology to turn on the lights, adjust the thermostat, and crank the volume of his music, this one is for you. Every time he gives Alexa a voice command, override it by using the app on your phone. So if he says, “Alexa, lights on,” turn them right back off via the app. He’ll think she’s broken, and waste a whole bunch of time trying to troubleshoot.

This is a great one if you don’t mind suffering through a ridiculously early wakeup—because you’re going to need to play along to properly sell this April Fools’ prank for boyfriends. First, set all of the clocks in the house a few hours ahead, including the alarm clocks. When the alarm goes off ridiculously early, get up and start doing your normal wake-up routine. Yes, get in the shower, get dressed, and start the coffee. Your boyfriend will likely follow suit and it probably won’t dawn on him how early it is until he hears the radio or notices how dark it is outside. Come to think of it, this may also be one of those great April Fools’ jokes to play on your kids.

Spider in the loo

Print out a picture of a huge and realistic-looking spider (or whatever bug he’s afraid of). Then, cut it out very carefully so that none of the white paper is still visible—cut tightly around each leg. Next, tape it to the wall above the toilet and wait for the screams—bonus points for timing this discovery to middle-of-the-night bathroom run. 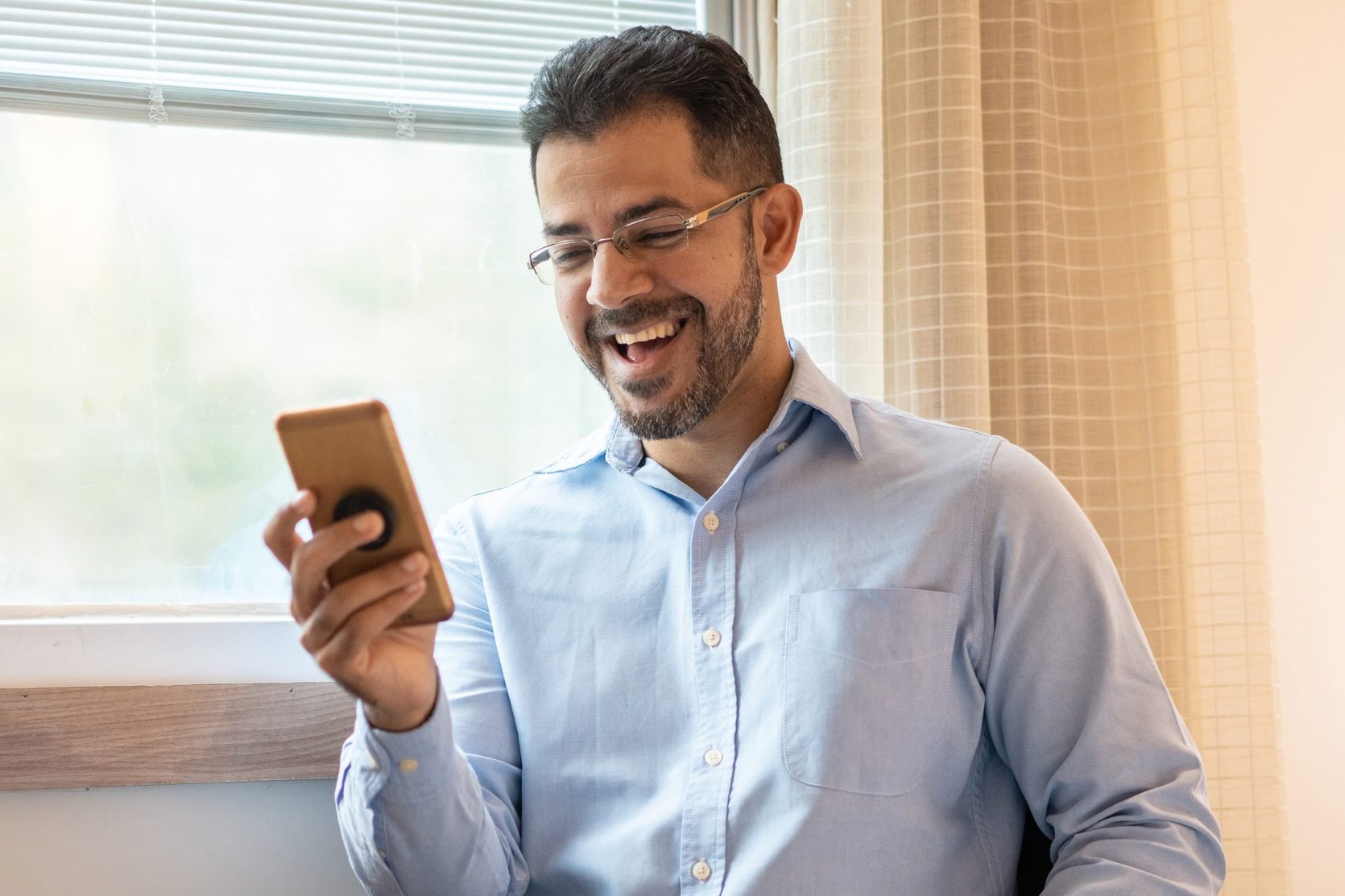 Change his ringtone to a song that would embarrass him, be it “Milkshake” by Kelis or “Baby Shark.”Set the volume to “max” and then send him out on an errand. Once he’s in public, call him. Chances are, he won’t even realize it’s his phone that’s making all that noise, which means it’ll be even more embarrassing as people keep staring at him. Oh, and if this joke was played on you, check out these 20 April Fools’ Day memes to make you laugh after getting pranked.

For this prank to work, you’ll need to be living together in a house you jointly own. Find a friend who’s a real estate agent and borrow one of his or her signs. Place it in your front yard and add the “Sold” sign underneath. This is one of those April Fools’ pranks for boyfriends you can take as far as you’d like.

Visit www.breakyourownnews.com and create an outrageously false “Breaking News” story that will catch your boyfriend’s attention (maybe that his favorite sports team lost an important game 100-0 or the actress he has a crush on will be filming a movie in your town). The creative options are endless—you add a headline, ticker copy, and an image.

Fill your boyfriend’s PC desktop with shortcuts to random files. Then, copy and paste them until there are at least 10 copies of each icon on top of each other. Take a screenshot of the desktop (with all the icons) and set it as the desktop background image. When he first discovers it, he’ll be annoyed by all the icons and start deleting them — and it’ll look like it’s working, for a while. Eventually, he’ll no longer be able to select the icons (because they are in the background image) and be “stuck” with a cluttered desktop until you reveal your secret.

Go into his phone and change the settings to autocorrect common words (such as “the,” “and” and “love”) to silly or obscene ones. Also, try to anticipate the words he’ll type upon noticing that something’s wrong (“why,” “help,” “wtf,” and “no”) for an extra layer of frustration. We also get a kick out of these April Fools’ text pranks.

Post an ad on Craigslist offering free llamas—all they have to do is text the number you’ve provided. Oh, did we mention it’s your boyfriend’s phone number? Enjoy watching him wonder why everyone’s texting about his non-existent llamas. Alternatively, skip the llamas and place an ad about a bogus contest to see who can do the best impression of Chewbacca and wait for those phone calls to come pouring in. Be sure to take the ad down, come April 2.

Make two big, round meatloaves. Put one on a pie plate, spread a layer of mashed potato “icing” and top with the other meatloaf. Now, cover the entire “cake” in whipped mashed potato “icing.” Finally, make a heart or some other decoration with ketchup. Mmmmm, what a dessert! 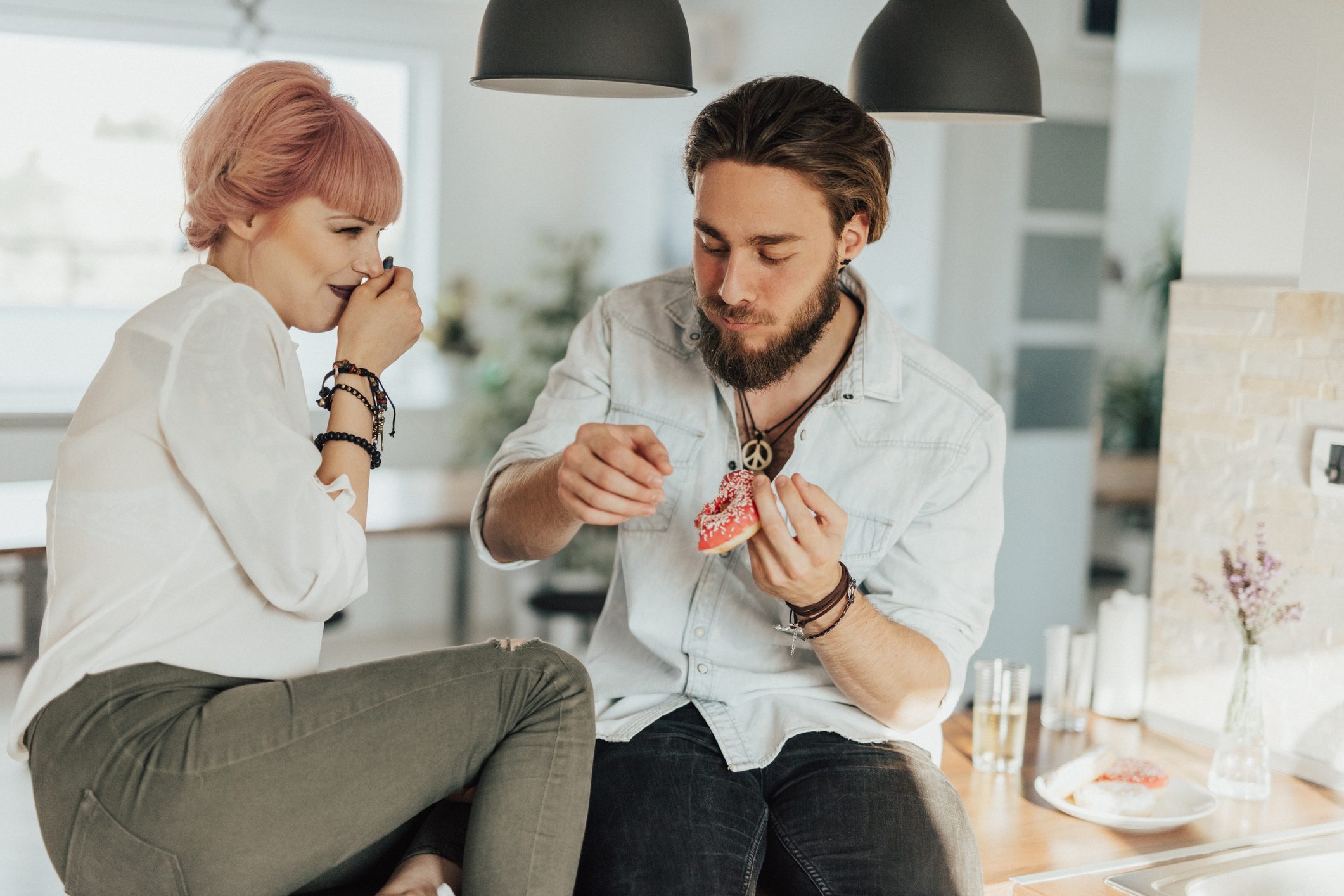 Leave a nice, big box of his favorite donuts on the kitchen counter—but only after you’ve squirted an unpleasant substance into each jelly- or cream-filled cake. For instance, maybe it’s sour cream or mayo if those gross him out, or wasabi or sriracha if he doesn’t like spice. Yes, it’s painful to waste a perfectly good donut, but not when it’s for a good cause. Offer him a real, delicious donut afterward.

Tie an empty soda can to the bottom of his car—make sure it’s tied to a non-moving part! He’ll hear the weird noise and dive around slowly trying to figure out where it’s coming from. Bonus points if he drives straight to a repair shop and they discover the source of the noise and laugh at him!

Put a little piece of clear tape over the sensor part of the TV remote or his PC mouse—or both! The signal will be impaired, and he’ll go nuts trying to figure out why they won’t work. Try not to laugh while he keeps swapping out batteries, starts tearing the insides apart, or eventually throws the device in the garbage.

Does your sweetie always have smudges on his glasses? Take them off his face and offer to clean them. Head into a different room, where you’ve stashed a Sharpie and apply marker all over the inside of the frames. Then put them back on his face, where they will stain his skin with drawn-on glasses (and he won’t even know until someone else points it out or he walks past a mirror). If you don’t want to completely ruin his day with this permanent look, apply mascara instead.

For boyfriends who can never say no to a little dare: Tell your man to put his palms down on the table and create a friendly bet that he can’t balance a glass full of water on the back of each hand. As soon as you have the full glasses balanced on his hands, stand up and leave the room—he’ll be trapped with no way to escape his position without spilling all over himself. Note: Make sure his phone isn’t in the vicinity

Here’s one of those April Fools’ day jokes to make everyone laugh: Take your boyfriend’s bar of soap and paint the entire surface with clear nail polish. Let it dry overnight. Then put it back in the shower and remove all other soaps/body washes. On April Fool’s morning, he’ll spend ages in the shower trying to figure out why his soap won’t lather.

Shaking up your boyfriend’s soda can so it explodes all over him is sooo junior high, so it’s time to kick this prank up a notch. Place Mentos in an ice cube tray and fill with water. Freeze. Now you have Mentos ice bombs that you can place in his soda. At first, nothing will happen—but as they start to melt, they will fizz up and overflow everywhere. 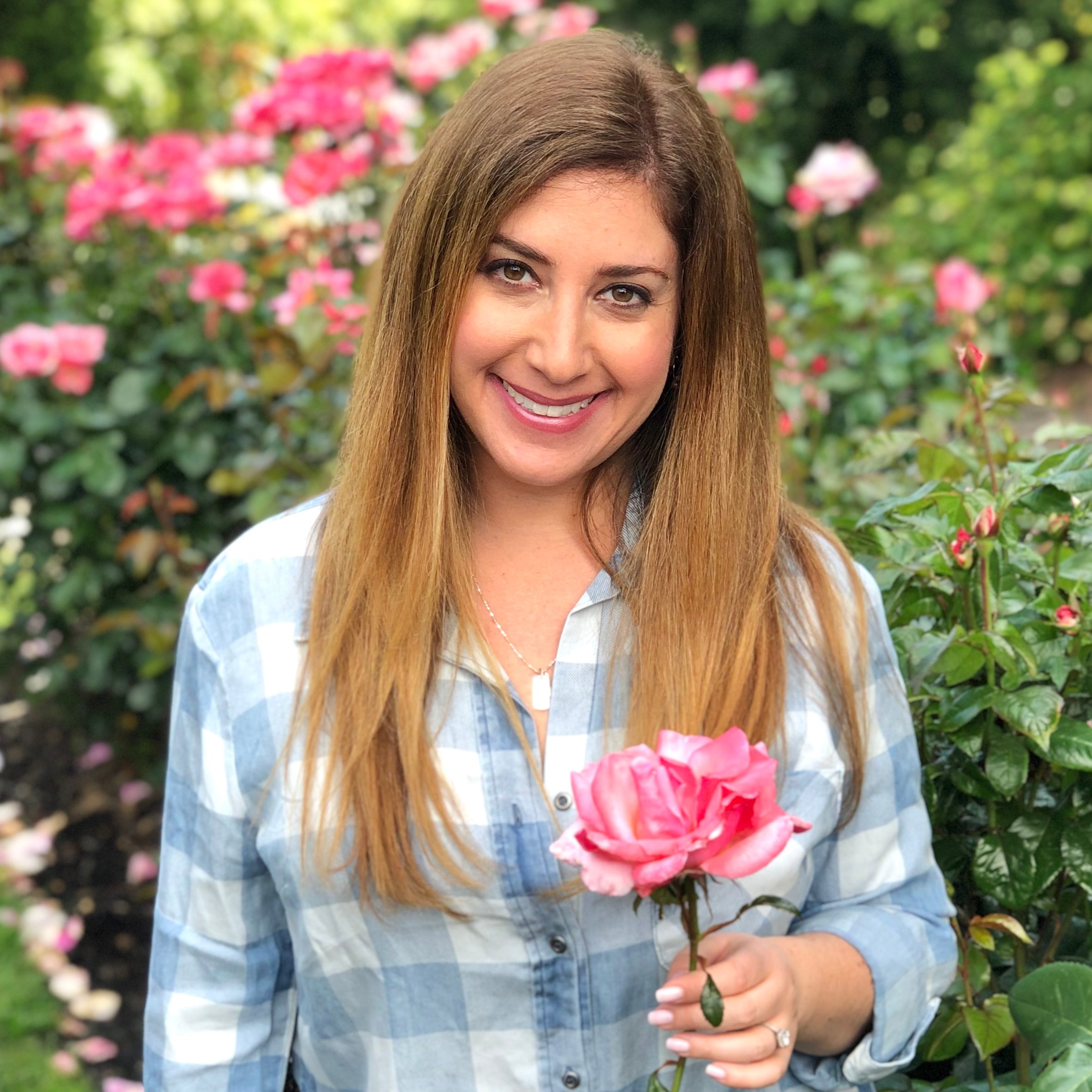 Jill Schildhouse
As Health Editor at Reader's Digest, Jill Schildhouse is an expert in health and wellness, beauty, consumer products and product reviews, travel, and personal finance. She has spent the last 20 years as an award-winning lifestyle writer and editor for a variety of national print and digital publications.

10 Styles That Instantly Date You and What to Wear Instead

April Fools! 10 Facebook Pranks You Can Pull Off in Seconds